The Wonder of Oz.

We’re not going to blog every day in Australia like we did in New Zealand, mainly because it’s so spread out and we’ve got a lot of miles to cover, but also because it’s a lot for our poor reader to have to slog through, and we take his welfare seriously.

We’ve just had an amazing weekend with Dave’s Uncle Michael, and his Adelaide Cousins and their families. In 1960 Michael joined his sister Ann and two of his brothers, John and David, by buying a ticket and joining the ranks of £10 Poms; a subsidised mass migration program to the other side of the world to help populate Australia. They, and their offspring, have spread far and wide in this land of opportunity and are now everywhere from Adelaide in the south to Darwin in the north to Alice Springs in the middle. And Tasmania. Our main reason for coming to Oz is to visit as many of them as we can, as well as seeing as much of the country as possible. Julie and Ian made us feel perfectly at home and very welcome, first in their beautiful house in Adelaide while we picked up our van and abused their washing machine, then in their “Shack” in Second Valley.

(For “shack” read “Gorgeous 3 bedroomed holiday cabin with a view to die for.”) While we were there we had our first sight of kangaroos at Deep Creek, 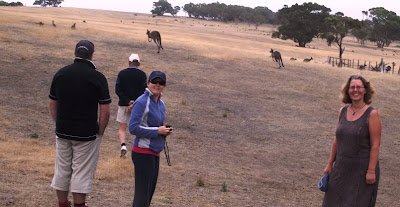 were woken up in the morning by flocks of parrots in the trees and went snorkelling in the bay. On Sunday morning they drove us back along the coast road to Michael’s house in Christies Beach

where Julie, Mick, Chris, Mary, Cathy and Nick grew up. Dave couldn’t quite get his head round the fact that he was actually in Christies Beach. He’s known of this magical seaside wonderland where his cousins lived since childhood, and now at 53, here he was! We went off with Michael to meet Chris and Sandy and to borrow some wetsuits and snorkelling gear, then armed with half a loaf of bread, we went out to the end of the jetty and joined about a million fish swimming around the reef. When you are snorkelling with a slice of bread squashed up in your fist you have no trouble attracting them. Chris reckoned that in all the time he’d been diving there he’d never seen so many. We went back to Michael’s house and dried off, then were joined by Chris, Sandy, Cath, Jason, Mick, Ruth and all their kids and Margaret for a big family barbeque. 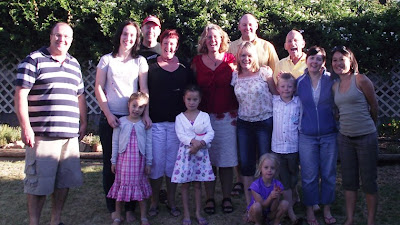 We stayed at Michael’s that night, then on Monday we followed him into Adelaide where we had a picnic lunch in the park surrounded by unfamiliar and exotic birds (To us, anyway.) In the afternoon we drove out towards the Adelaide hills to Cath & Jason’s fabulous house overlooking the city. 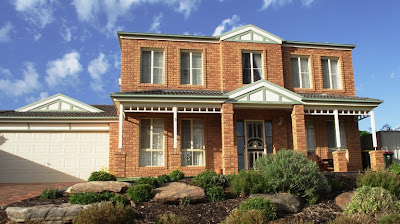 Another delicious meal was followed by another happy evening, and on Tuesday morning we started our big road trip, heading out of the city towards Mount Gambier and the start of the Great Ocean Road. We’ve got 5 weeks to get to Cairns where we hand the van back before flying to Alice Springs and Darwin.

If this last weekend is anything to go by, this trip is going to be full of laughing, hugging, talking and eating. (And playing Skip-bo.) Blood really is thicker than anything; although we’ve never met half of these people we feel we’ve known them for ever. Far from becoming any more listless, we’ve acquired a whole new list of family names and addresses. That will be so much more precious than all the photos and souvenirs put together.
at February 16, 2011