This afternoon a little river cruiser went into the lock where we're moored. The crew opened the top gates easily enough to get their little yoghurt pot into the lock, but when they came to close them again they wouldn't come together and there was a big gap down the middle. 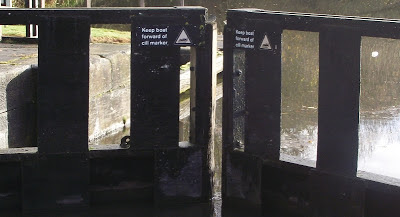 When we realised they were having a spot of bother we went to lend a hand but no amount of shoving, bouncing, flushing or poking about with a pole made any difference. They were out for a day trip and they said that the last two times they'd taken the boat out the engine had packed up. This time the lock broke. We'll make sure we steer well clear of them in future! In the end they backed out and chugged off back to their marina while we phoned the CRT emergency number. There must be something jammed under one of the gates and the lock is out of order until the maintenance team get here and sort it out. It effectively means we're stranded in a 3 mile stretch of canal, Ell Meadow is shut and this one is broken. Oh dear, what a shame. We're going to have to stay in a lovely secluded mooring for a bit longer. Happily there's a water point a mile away with a winding hole, the local pub does free wifi, the car park is a 5 minute walk up the towpath and there's a local shop.

We know what you're thinking, but no, we didn't break it! 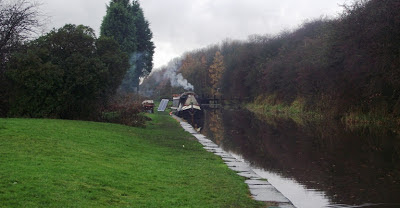 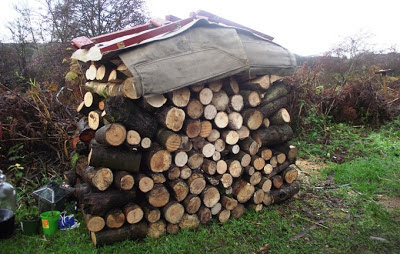 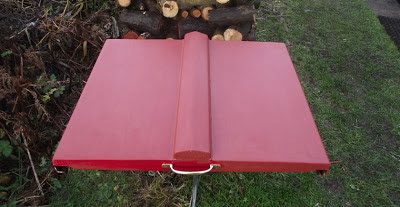 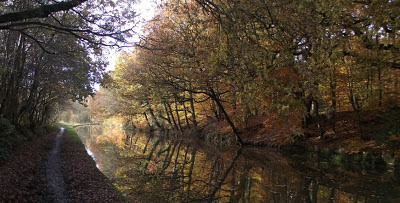 Apart from a mad dash to Daventry via Chesterfield to see Chloe and Anne and pick up our post we haven’t done a lot - well not a lot of boat related stuff. Ann-Marie has been working some very odd hours and lots of them, which has meant that boat movements have been restricted to short hops so that we’re never more than half an hour from the car. It took four such shuffles to get from Haskayne to Burscough where we’ve been for the past week. It’s very handy here, there’s a Tesco round the corner, a chippy, a hardware shop, BW services and a free car park. Shame we can only stay for another week, but by then Ann-Marie will just be doing weekends and we can move on easily.

We’ve had a major change of plan for the next year or two. We were going to be going over the Pennines to Leeds, on the Aire and Calder rivers to Wakefield, back over the Pennines on the Huddersfield and then south on the Peak Forest, Macclesfield, T&M, Coventry, North Oxford and GU to Northampton which, with all the associated cul-de-sacs, would have taken up next year. That was going to be followed by an excursion out to Peterborough and the Fens the year after.

It’s now all different. We’re going south straight from here as soon as Ann-Marie’s contract ends in January, back down the Bridgwater to Manchester, then the Rochdale and Ashton taking us onto the Peak Forest and all points south. At Gayton Junction instead of diverting down the Nene we’ll carry on down the GU all the way to London, then on the Paddington Arm and the Regent’s Canal to the Lea & Stort by the end of the year.

What’s changed our minds? Well, when we were down at Frankie & Harry’s they announced that they have decided to move to France with Janice & Paul – a move which doesn’t surprise us at all; Harry and Paul are going to refurbish and sell French 2CVs – and we think it will be brilliant for them. The time scale is fairly vague at the moment; J&P have to sell their house and the gites and find somewhere suitable for them all, so it’s not going to be for a while yet, but we want to spend as much time as we can nearer to F&H before they go. We’d planned to cruise up the Lea & Stort past Hoddesden at some point, so really we’re only swapping things around a bit. We feel very far from our loved ones up here and although it’s great to be exploring the northern canals, they’re not going anywhere and we can always come back.
at November 03, 2012 No comments: