In our usual state of fickleness we have once again changed our minds about what the immediate future holds for us. A small email attachment from the IWA caught our attention, we have sent off for a booking form and now, when we get to the Trent and Mersey at Harding’s Wood junction, instead of heading east we are going to go the other way. At Middlewich we’ll go down the Middlewich Branch, then up the Shroppie through Chester and on to the National Boat Museum at Ellesmere Port for the Easter Boat Gathering and Sea ShantyFestival. A similar sort of whimsical departure from The Plan occurred last year when, in Leeds, a chance conversation resulted in us turning left at Castleford instead of right and going up the Ouse to York and Ripon, where we met a bunch of really lovely people and had a whale of a time. We find that very encouraging and we’re looking forward to the Chester trip immensely. We’ve been to boat festivals before but we’ve never had our own boat booked in as part of one. In anticipation of all the attention we’ll be no doubt attracting the Easter bunting will make a re-appearance and there will be a severe tidying-up of roof. We’ve got just over a month to get there, but as it’s a there-and-back-again trip we can take it easy on the return leg. The fact that the route we’re following is less than half of Alton’s coal run and that Brian and Ann Marie are usually back home in 10 days including stopping for all their customers is neither here nor there; in our world, moving five miles every three days is definitely approaching the “speedy” end of the scale.

Two or three of these short hops brought us from Three Oaks through Congleton and on to Henshalls Bridge (80). Our favourite mooring on this bit has to be in the Biddulph Valley Arm just before the Congleton Embankment. 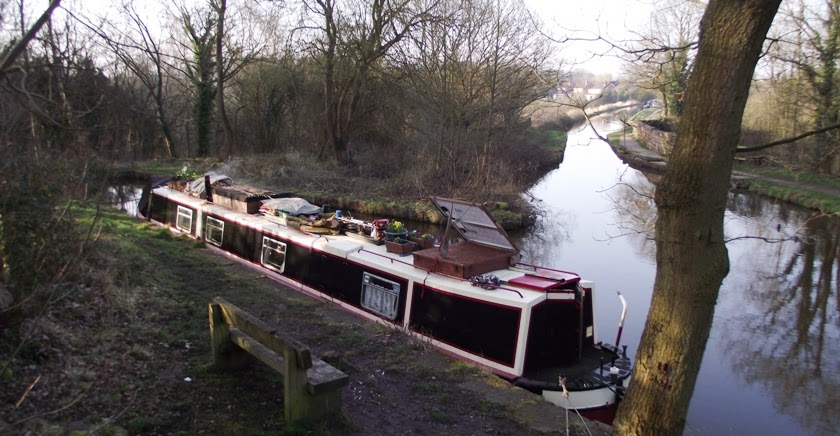 The warehouses that used to surround this little wharf are long gone leaving a secluded cul-de-sac on the off side with its own bench. We had two glorious days sitting outside while the solar panels soaked up the unexpected March sunshine. As it was only a short distance away we had another hike up The Cloud, which reminded us that, although weather-wise it has been fine for a week or so, and the towpaths are finally starting to dry out, it’s going to take a lot more than that for the water-logged fields to recover. The squelchy sucking noise that inevitably accompanies the extraction of a muddy boot from an even muddier hole is getting, to be frank, rather boring now thank you.
On the way up we came across this line of what described itself as Amphibian Fencing, 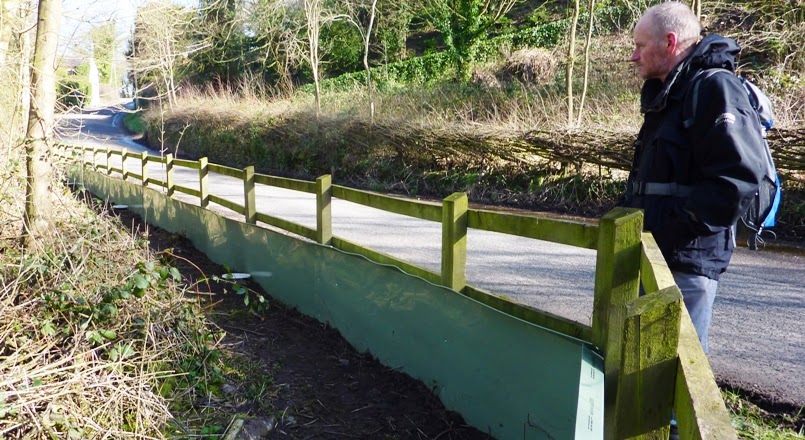 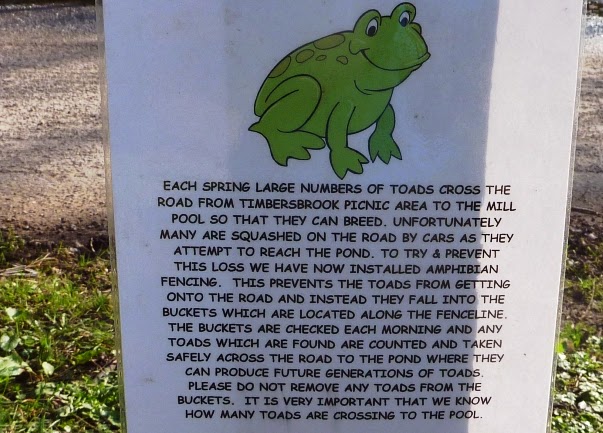 Just after Congleton Aqueduct there are some 48hr moorings at Congleton Wharfe where we left the boat while we went over to Keighley for the weekend for Kate’s birthday. 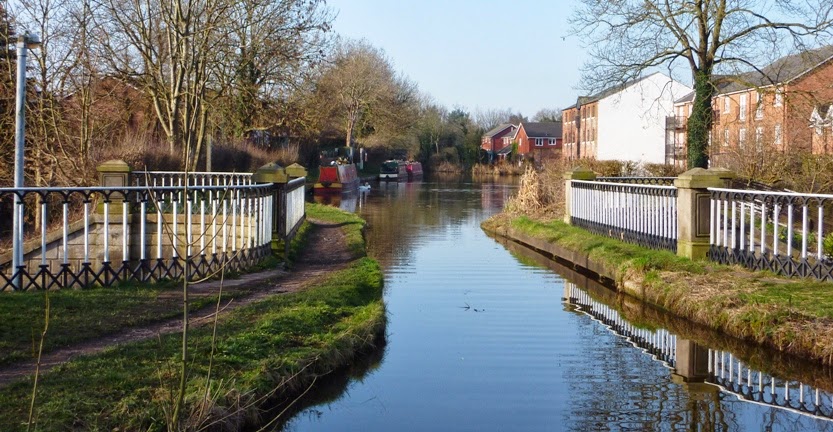 While we were there the two Davids took Dylan-the-dog up Ilkley Moor, and yes, they both took their hats off while they were up there. The girleys stayed home and had a crafting session, including some Celtic Knotting which we really like the look of and will be practicing later.

For two mornings last week we were working (if you can call it that) for our survey company, counting passengers alighting from busses in Liverpool. It’s easy as long as you don’t mind standing around in a bus station for hours. When Dave was a teenager he did that for free, so this is money for jam as far as he’s concerned. We've got another two days in a week or so, which is nice; if it stays at that rate it will suit us perfectly.

Mum and Dad were up in this neck of the woods for a committee meeting over the weekend so they came for a couple of days on the boat beforehand. The good weather was still holding out so we had a little trip out to Mow Cop and a walk up to the castle. 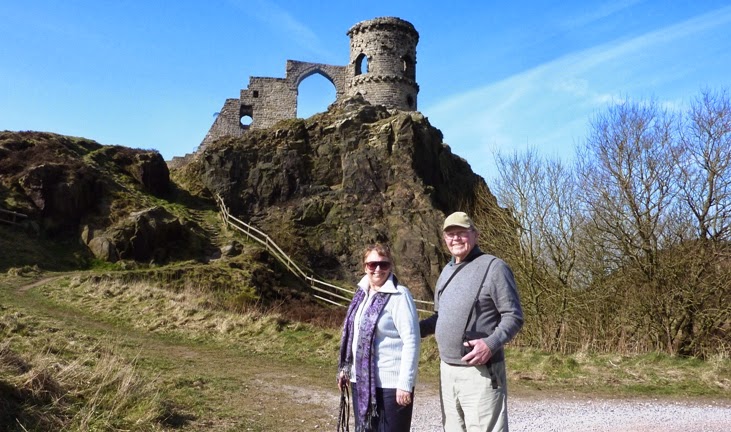 This is the last high point on the Gritstone Trail before it ends in Kidsgrove. Because it runs parallel to the Mac down the edge of the Cheshire Plains we’ve been able to walk along a fair bit of this long distance footpath in the past few months and we’ve thoroughly enjoyed all of it. The steep inclines can be hard work, but the stunning views make every step worthwhile.

We’ll be leaving Legend at Henshall’s bridge while we go to see Frankie and Harry in their new home in Bordeaux. 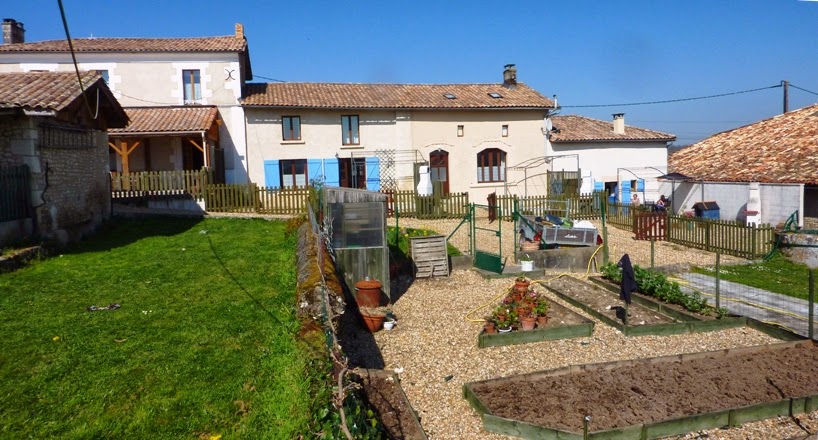 In fact this blog entry is being written on the plane, waiting for take-off at Luton Airport which, it appears, can’t be said without doing the accent. There will be photos of what we’re sure will be a brilliant week in French France in the next entry.
at March 17, 2014 No comments: 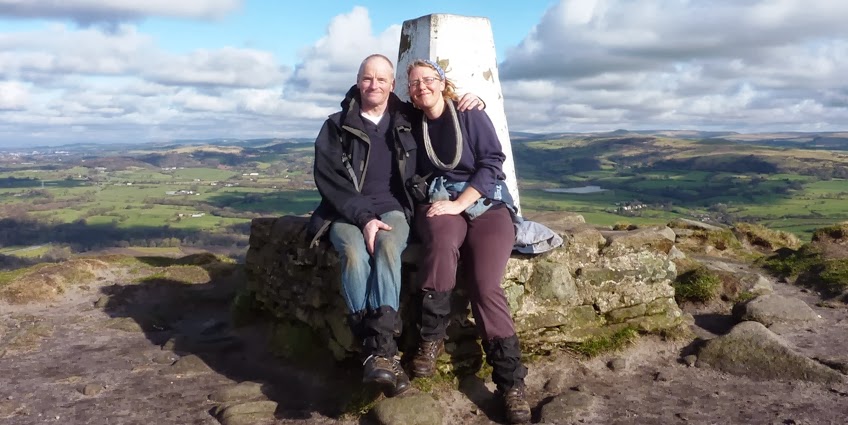 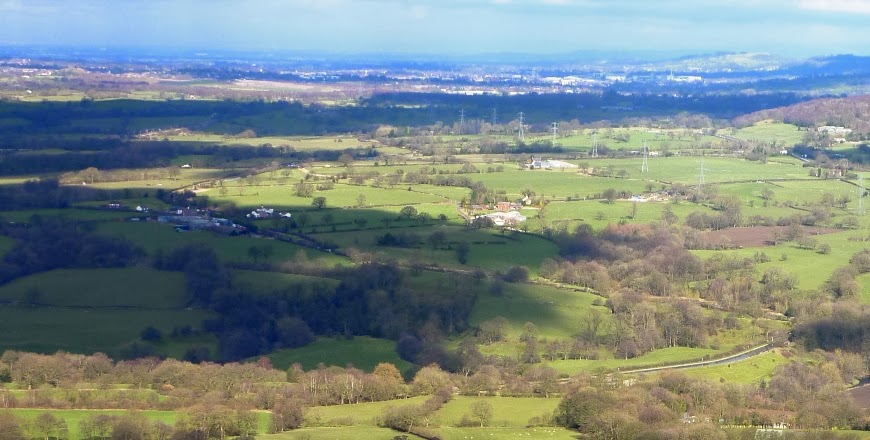 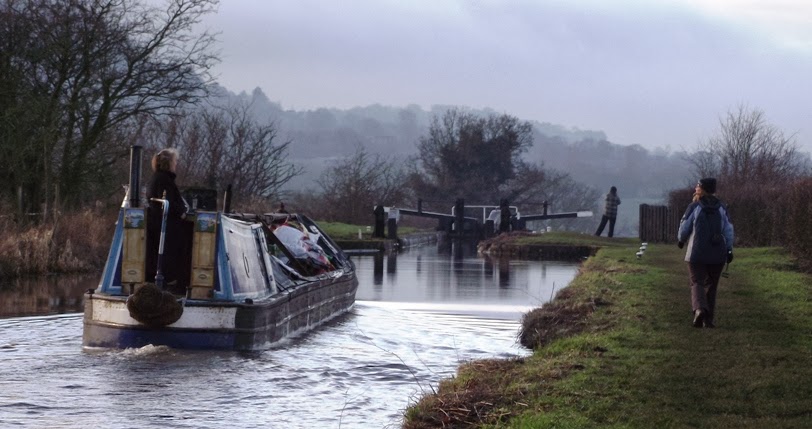 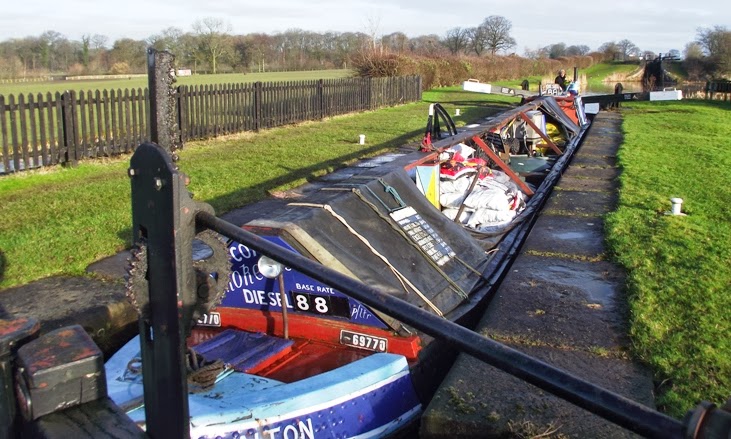 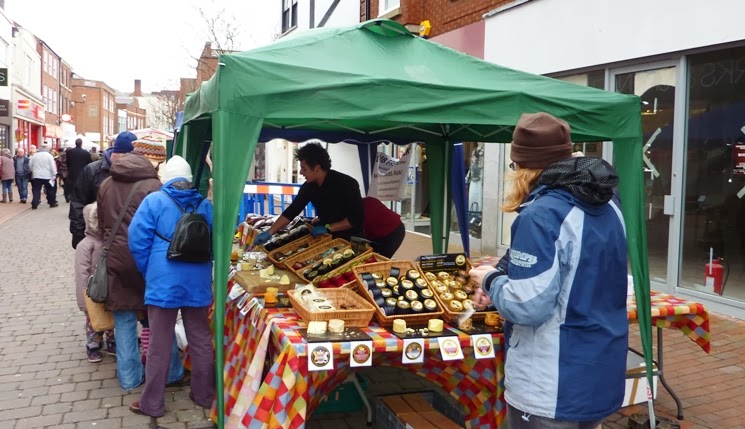 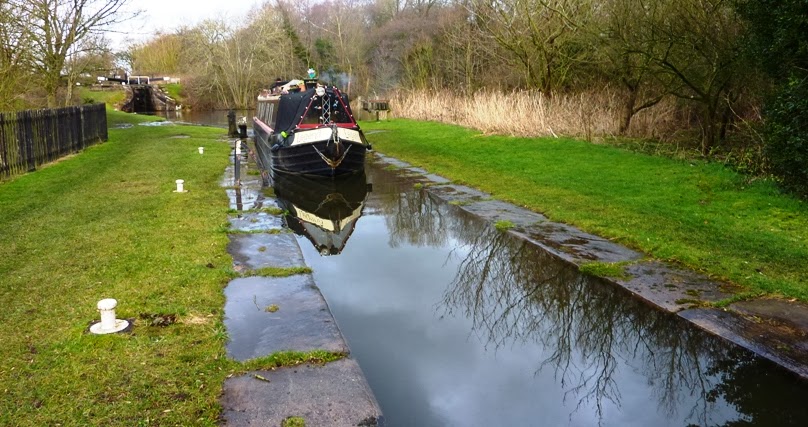