Monday 07.02.2011
There are two historic sites at Kerikeri; the Stone Store, which was the first stone building in NZ and the Kemp House, which is wooden and the oldest European style building of any sort. 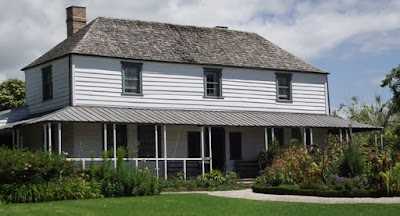 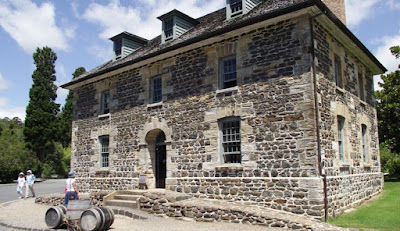 there are displays of traditional tools and supplies that settlers would have bought and used to eke out a meagre existence from the unforgiving landscape, while the same things, square cut nails, heavy axes, sturdy looking long handled spades and all manner of other beautifully made hardware are still offered for sale. These days they’re more likely to be bought by tourists during their 40 minute visit before the coach whisks them away again than anyone making a living off the land, but it’s a nice place to look around.

From the car park we went for a walk along the Kerikeri River to a waterfall. 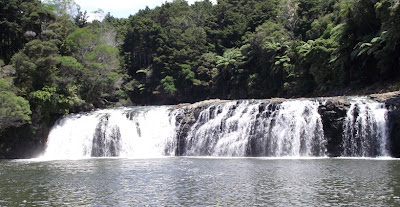 There was evidence of serious flooding in the valley 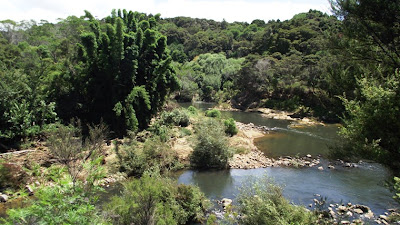 this whole river bed had recently been under water up to where we were standing, about 15’ higher, and parts of the path had been washed away. 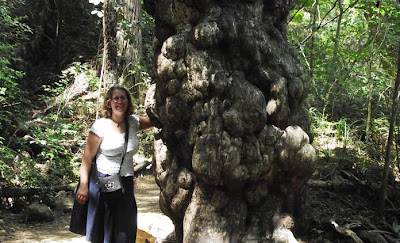 Near Pakaraka we drove up to a lookout and had a last gaze across beautiful northland toward the Bay of Islands.

We followed Highway 12 towards the west coast and turned off it to go and have a look at the Rawene and the car ferry across the big natural Hokianga Harbour to Rangiora. This isn’t the jetty for the ferry. 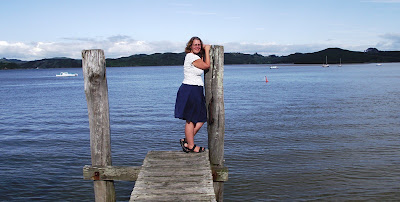 Although we hadn’t covered as much ground as we’d set out to do, it was so quiet and peaceful down by the water’s edge that we decided to stay.
at February 13, 2011