Before we left the UK for Europe last year, we bought a very useful gadget for charging electronic devices from a cigarette lighter socket. It steps up 12v DC to whatever you set it to up to 22v, without having to go through a 240v AC inverter. Small, light and doesn’t take much juice; ideal for netbooks, phones etc. We used it in Ken all around France, Spain and Portugal. 2 weeks into NZ the little plug that goes into both our netbooks snapped. Not so much of a problem, as we could still charge them up in libraries and most McDonalds. New Zealand is very wifi friendly, there’s a library in every little town, they all have a laptop area and most have plenty of sockets. In Oz the situation is a bit different; libraries are independent and don’t always do wifi, most McDonalds don’t have sockets anywhere and their wifi is 11mbs rather than 54, so everything takes longer and you don’t have power.

So, as we were in Geelong, which is a fairly big city, we had a look on line and found an electronics shop. On Saturday morning we were their first customers and now have a new power adaptor. It’s even smaller and lighter than the other one, and the plug is a better design. Result! We can charge the netbooks on the move and life is good again.

We went straight up to Melbourne and into the Maui hire depot. Our fridge hasn’t been getting cold enough and we wanted them to have a look at it. While we were there, Jim & Liz, some friends of ours from UK, and fellow members of 2CVGB, arrived to pick their van up, having just flown in from New Zealand. 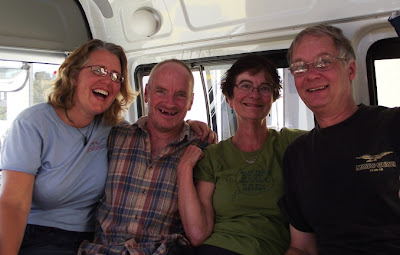 By a chance comment on Facebook we did know they were going to be there, but it was still quite cool to be on the other side of the world and meet up with friends.

We spent Saturday night in Stratford on Avon and in the morning drove up to Bairnsdale where we came across a massive colony of Flying Foxes on a walk along the riverbank. 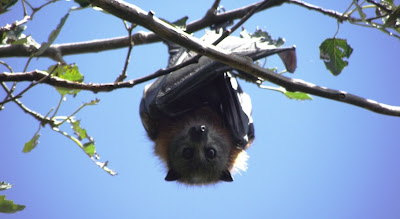 There were quite literally hundreds of them in every tree. 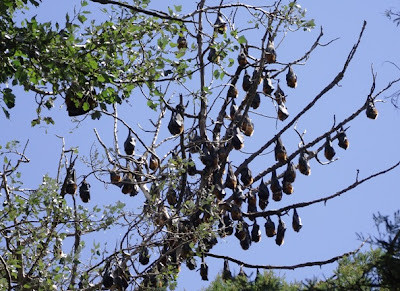 We thought they were fabulous - apparently they aren’t that popular with the locals due to the noise and the eating of all the local fruit crops. We’ve seen lots of cockatoos around; we finally managed to get close enough to one. 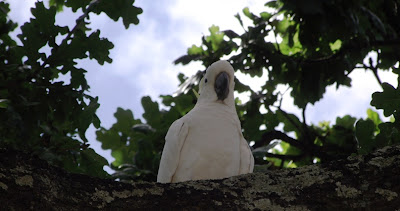 We stopped again at the lookout above Lakes Entrance.

Then stopped at the town and saw our first pelicans, and this terrific sand sculptures. 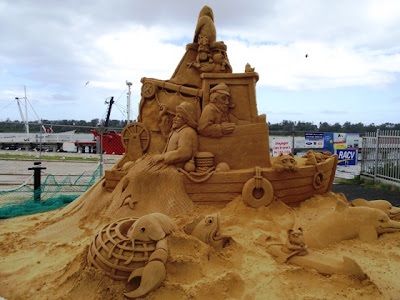 A bit further on we came to a sign for the Stony Creek Rail Bridge, so we went to have a look. 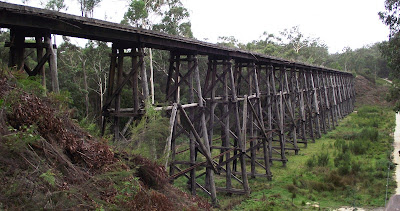 Although it looks like something from Butch Cassidy and the Sundance Kid in 1964 11 log trucks fell off it and the last train went across it in 1988! 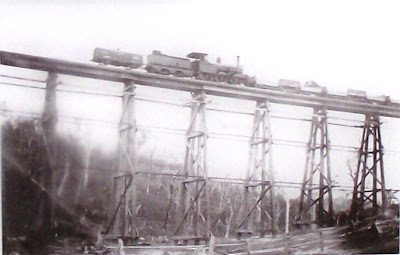 Further up the road we came across a large area where there had been a bush fire, for about 15kms both sides of the road the trees were blackened and the undergrowth was gone. 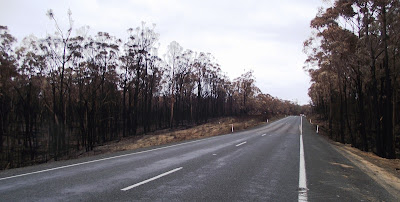 A few kms after that we stopped at a café where we had a cup of tea and some delicious fresh scones; the owner told us the fire only happened about two weeks ago – she’d had the car packed and was waiting for the evacuation order, but thankfully the fire service got it under control just in time. 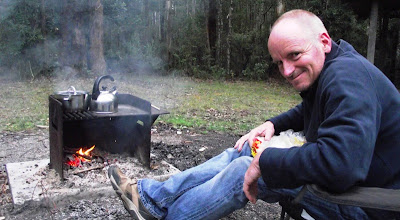