Whakapapa to Tahora (We think.)

The weather couldn’t have been any more different from yesterday. We woke up to clear blue skies and sunshine; perfect for what we had in mind. We left the campsite and continued up the road towards Mt Ruapehu. Yesterday we couldn’t even see it. 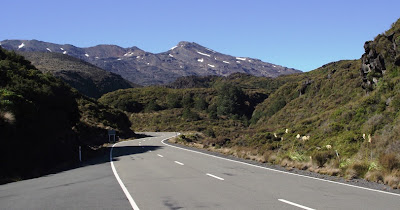 This is winter sport central and the road ends in a car park surrounded by ski lodges, chair-lifts and a café. They keep 2 chair-lifts going in the summer to take visitors up to the start of the track going up to the crater rim. 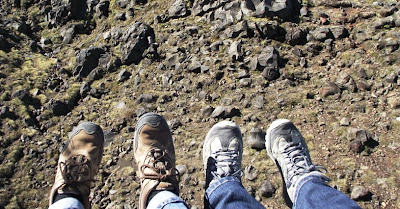 It’s a marked track called the Skyline Walk, although as we observed, it’s not so much a track, more a set of guidelines. 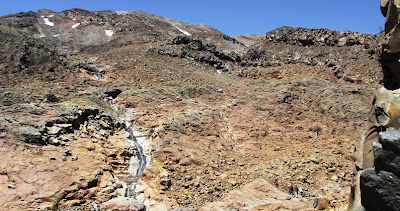 The people in the bottom right-hand corner are on the path There’s a really steep screedy bit in the middle where you go 1 step down for every 2 up. It’s really high up. The peak is over 2700m and there’s still snow around in the gullies. 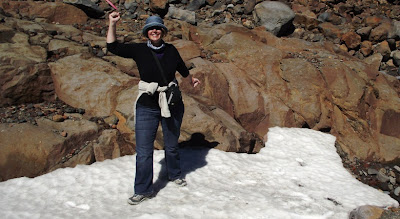 From the top there is a fantastic view of, well, everywhere, but especially Mount Ngauruhoe, which was Mt Doom in The Lord of the Rings. 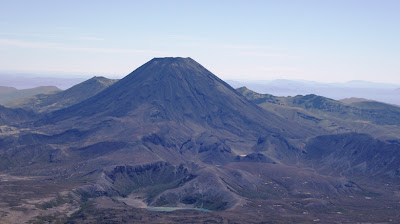 The picture doesn't look real. Neither did the mountain. It was very windy at the top; getting photos like these was scary. 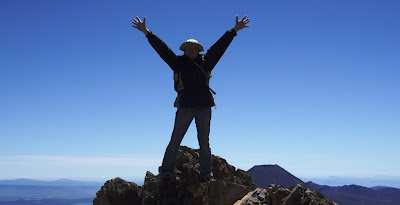 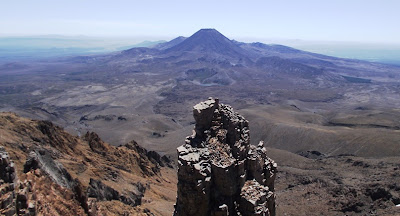 We hope our reader appreciates the sacrifices we make to put this drivel together.
These are photos of the way back down. 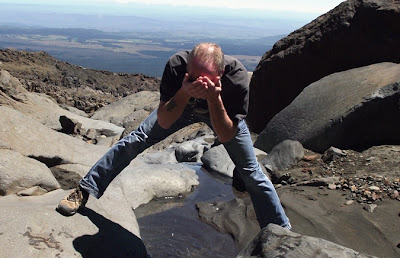 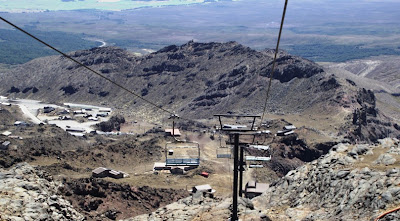 This one was taken by the chair lift operator at the station between the two lifts. 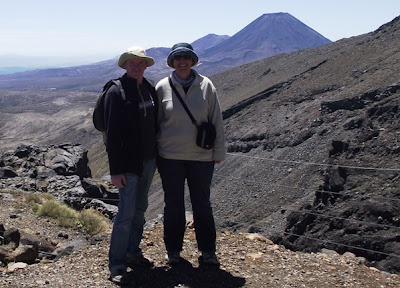 We drove back down to the main road; this was the view behind us that we couldn’t see yesterday. 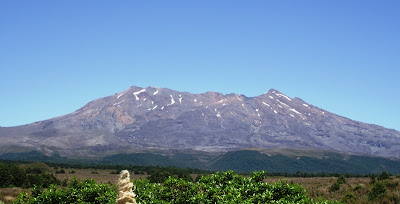 We went north to Taumarunui for a library session, then west along the Highway 43; the Forgotten World Highway, so called because many of the settlements in this difficult hill country were later abandoned.

This road is amazing. There is a sign at the beginning that says “No Fuel for 150kms”. The middle 50km twisty bit through the Tangarakau Gorge is unsealed 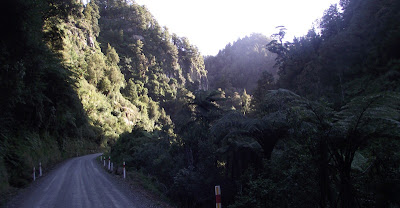 and this is the Moki tunnel; known locally as the hobbit hole. 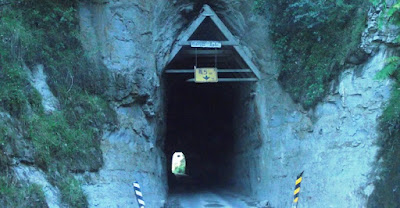 We followed a sign for “Bushmans Camping Ground” 8kms up a little winding track and found a perfectly fine but totally deserted camp site. The gate was open, as were the toilets, but the power was off and we couldn’t find anyone to give any money to. We pitched up assuming that someone would be along sometime. By 9pm nobody had and as evening drew in and the stars started to come out it we realised we had the entire valley to ourselves. It must have been one of the most peaceful places on earth.
at February 02, 2011