We've heard from Alastair & Carole; Ken is servicable again. Hurrah! We've got somewhere to live when we get back!

We went from Hamilton up Highway 26 through Morrinsville (library) to Te Aroha and then over the Coromandel Mountains to Waihi. These mountains were swarming with gold prospectors in the late 1800s. Half way along the road we came to the Karangahake Gorge, 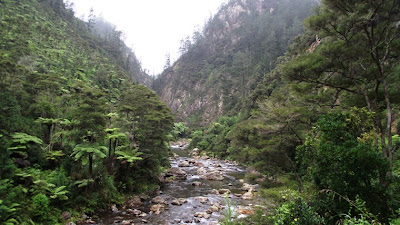 which was mined extensively until 1936. The tramway and some of the mine tunnels are now walkways allowing visitors to have a glimpse of what it used to be like. This is the path up the gorge. 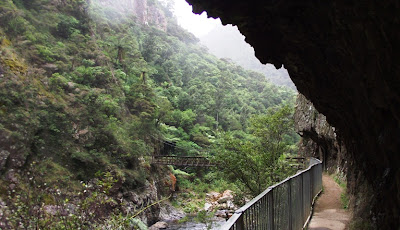 This is the bridge over it, 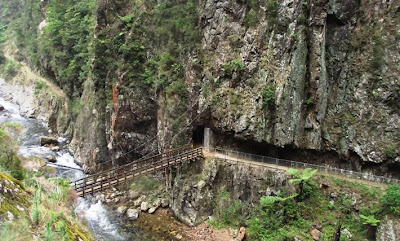 and this is the Windows walkway back along the opposite side, 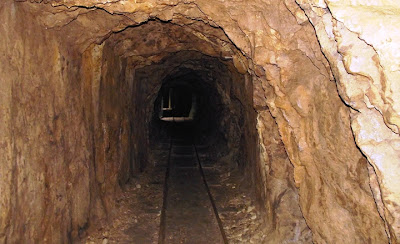 so called because the miners dug "windows" in the tunnel walls so they could chuck waste rock into the river bellow.
This is what the gorge looked like in 1910 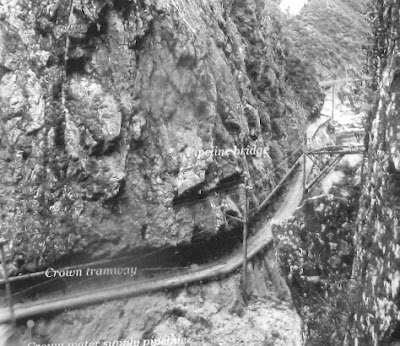 and this is the same view now. 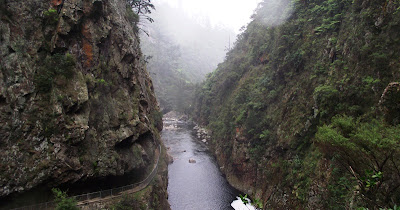 Back down at the car-park is the site of the Cyanide works. 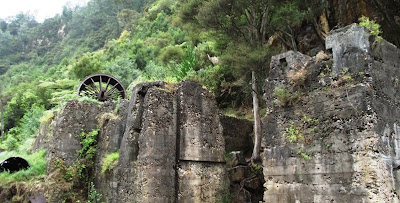 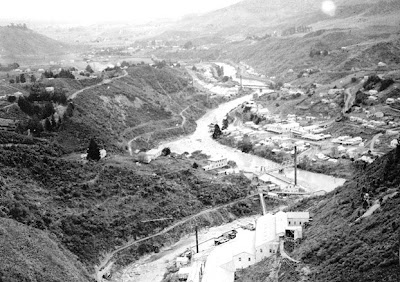 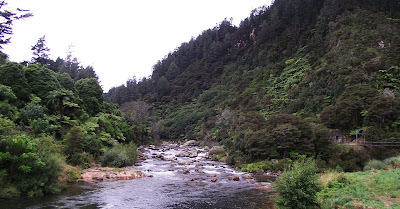 It’s amazing to see how much has changed in less than 100 years.

Dave’s injured himself again; while we were doing a wash-out this morning he dropped a drain cover on his leg. 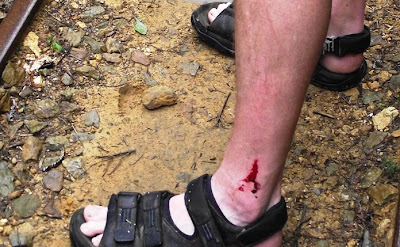 Ouch!
In the afternoon we had a dash up the fantastic Highway 25. Let’s face it, we haven’t found a road we don’t love yet, but this one is just relentless! We were on a mission; there is a little place called Hot Water Beach about 80kms up the coast from Waihi where a hot spring under the beach emerges 2 hours either side of low tide. We got there with an hour to go and joined lots of other happy people digging our own hot pools in the sand. It was brilliant! 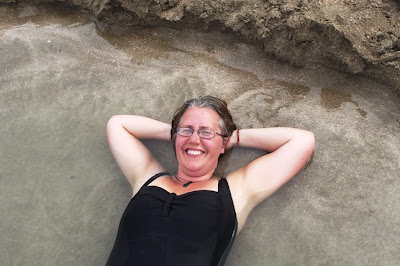 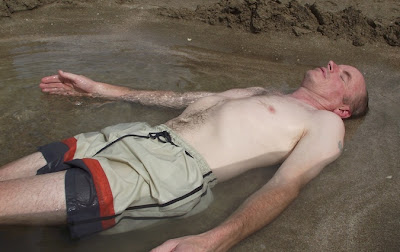 We lazed about in the warm water (sometimes a bit too warm!) till the tide came in and washed our defences away, 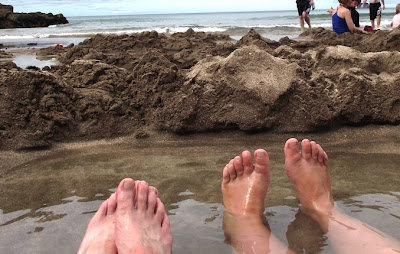 then went for a refreshing swim. After that we drove over the peninsula and down the best bit of road yet, to Coromandel Town. Here we found the Tidewater Camp Site

and in less than 2 hours we were parked, plugged in, fed, showered and had a load of washing drying in the evening breeze. We’re getting good at this.
at February 05, 2011