Amongst a holiday of special days this one was extra special. We were up and off nice and early from New Plymouth, lots of low cloud and drizzle all around and although we were following the coast road and stopped for elevenses in a picnic area next to the beach, we never actually saw the sea. We didn’t mind though, because the place we were heading wasn’t affected by the weather. These are limestone cliffs on the way out of New Plymouth.

Deep limestone deposits like this mean one thing - caves!
In the hills around Waimoto are Waimoto Caves; a world famous black water rafting and cave diving mecca, although that’s not why we were there. Theses caves are also famous for their glow-worms; millions of tiny ice-blue lights cover the cave roof wherever there is flowing water. We went to Spellbound, and had one of the most magical 3 hours of our lives. Our guide Hohepa, or Hop for short, was brilliant, he took us down two caves, this is the entrance to the first one. 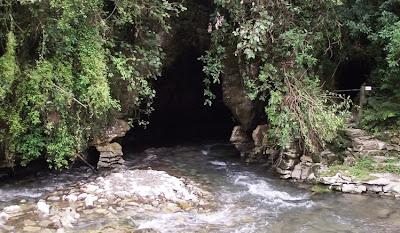 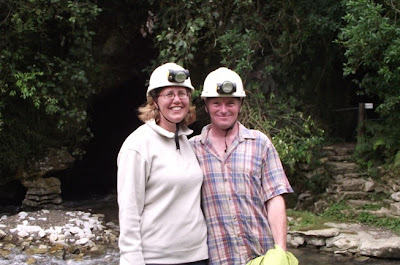 At the bottom of the path there was a boat and we spent about 45 minutes drifting up and down the underground river, inches below the mesmerising roof. After ten minutes or so our eyes got used to it and even though there was no other light down there at all we could see perfectly well. Of course the camera doesn’t do it any justice whatsoever, but this is sort of what it almost nearly looked like. 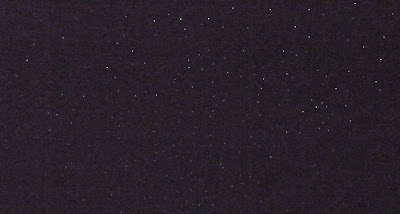 In the second cave we walked down a beautifully engineered walkway, winding through endless rock formations. 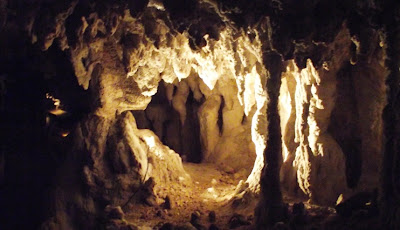 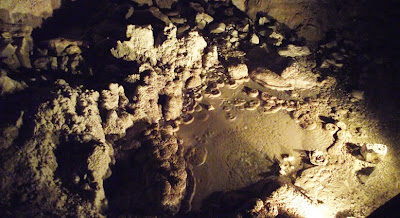 We were even treated to tea and biscuits in the “café” between the two caves. 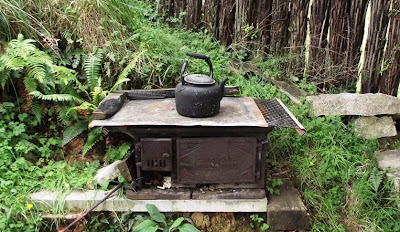 The tour ended at about 5.30, so we set off for Hamilton and parked for the night by the lake. There was a walkway all around the lake so we went for a stroll after dinner. 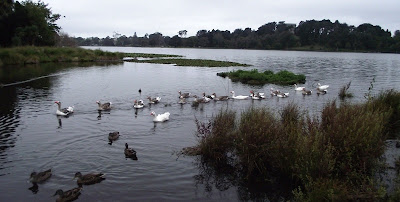