Monday was definitely another strange and exotic animal day. First we went to a beautiful little spot called Gypsy Point for breakfast 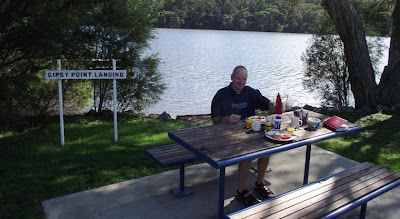 and saw a Goanna hanging about in a tree, 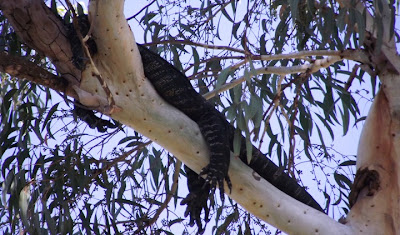 plus a family of ‘Roos in a garden. 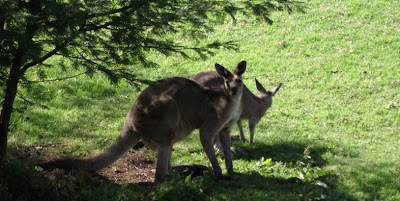 Next we stopped at Quarantine Bay and were just in time to see a fishing boat crew cleaning their catch. They were throwing all the scraps into the sea where the local pelicans, shags and fur seals were eagerly waiting. 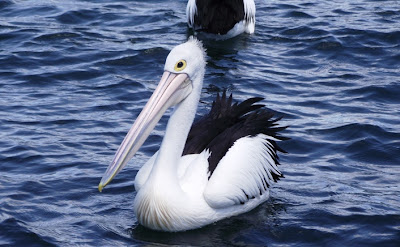 Further up the road we came across the Pambula Nature Reserve, and this little chap. 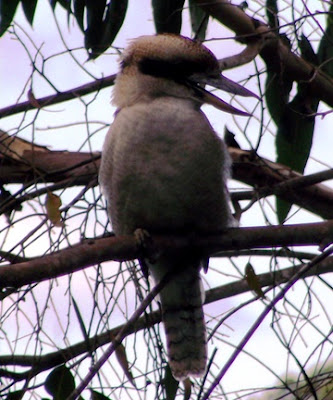 From Pambula we turned onto Scenic Drive 11 which follows the coast, and drove up to Tathra. While our washing wash going round in circles in the laundrette, we walked down to the Historic Wharf, then while it was drying we tried out our new snorkelling gear at the end of the beach near the rocks. It was a bit hard to see due to all the seaweed, but it all worked ok and we saw some fish.
We carried on following Scenic Drive 9 with the roadside verges full of white lilies, 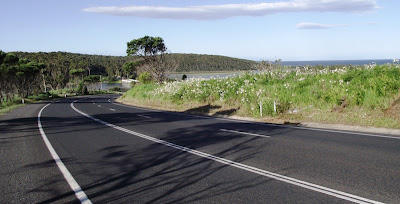 past the famous Camel Rock Beach before re-joining the A1 up to Batemans Bay where we stopped for a McWifi.

We were heading for a rest stop near Durras Lake but it didn’t materialise, so we followed a sign for Pebbly Beach where there was a camp site. When we got to the end of the very bumpy gravel road it turned out to be a non-starter as well. We retraced our steps back to the highway, by now it was proper dark and we were slightly worried about things running out in front of us. Rightly so; a bit further up the highway a kangaroo bounded across the road just ahead. We finally found a rest stop at about 9.30 at Burrill lake after a long, but full day.
The only animal left on our list to see is a Wombat, but we have seen this. 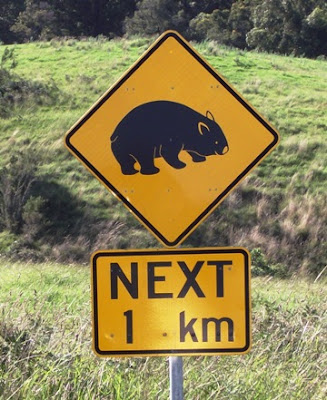