After a night being bashed about by the wind and constant rain we were worried that the ferry crossing would be either awful or cancelled. As it turned out neither was the case. Morning arrived, the rain stopped and as we drove from the camp-site to Picton town little blue patches became visible. We visited the Post Office and the Library, and by the time we drove to the Interislander Terminal and joined the queue of other campers on their way to North Island, we were bathed in sunshine. 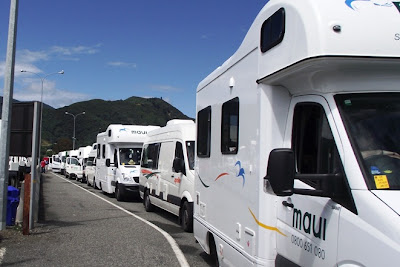 It seems to be the way here that the only thing guaranteed about the weather tomorrow, is that it won’t be the same as today’s.

The 3 hour, 95km journey on the ferry “Kaitaki” took us through the relatively calm and scenic Queen Charlotte Sound 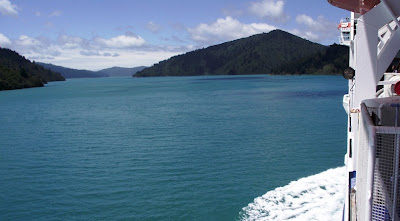 before crossing the not-so-calm Cook Strait. We rounded the Wellington peninsula and went outside on the top deck to watch as we docked at the terminal just to the north on the city.

As you may know we’re not good at big cities. We know we’re missing out on some of the best stuff the countries we visit have to offer, and we’ve been told about some top places to go in New Zealand’s capital, but we just get claustrophobic. We’re simple folk really; we’d much rather have a day trekking up a mountain or wandering along a beach. And we were cooped up in the van because of the rain the day before. Anyway, despite having every intention of at least driving through Wellington, when we finally managed to get off the ferry - after a hissy with a pillock of a deck-hand and a general sense of humour failure - “City Centre” signs didn’t look that appealing.

About 15km north of Wellington there was a little camp-site marked on our map. When we got there we found that although there was a picnic site, and a few walks into the hills, camping was only by prior arrangement. As we were there, we followed a river walk that turned into a walk in a river, 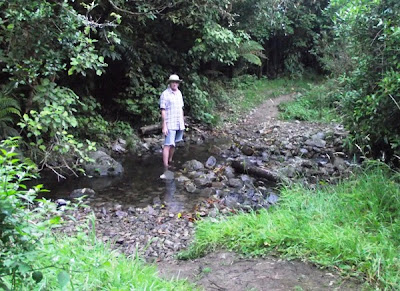 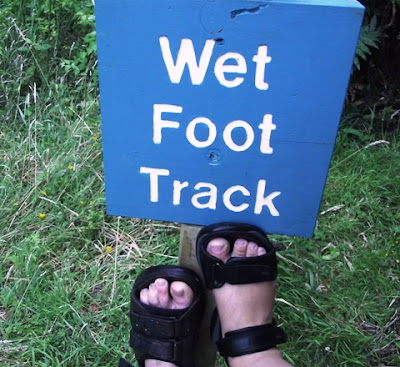 then drove on to the next site. Pakuratahi turned out to be a beautifuly clean riverside camping ground with bar-b-que facilities. 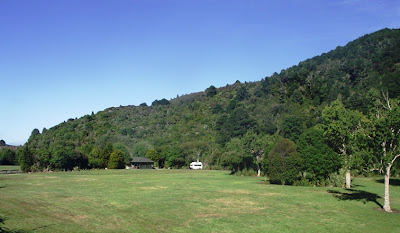 As a first night in North Island we were very impressed.
at January 25, 2011