We were up and out of Nelson before 8 and heading north on Highway 60, “The Takaka Hill Highway”, towards Abel Tasman National Park and Golden Bay. Although Dave is fervently in love with Highway 6, even he had to admit that this one, with signs saying “Sharp bends. Next 25kms”, more hairpins than you can shake a stick at and views like this took some beating! 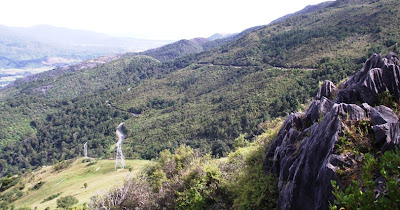 This is Eureka Bend. Whoo-oo! 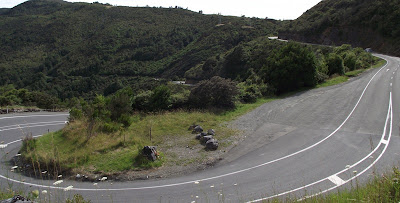 It’s 105kms from Nelson to Takaka, but probably less than half that in a straight line. We drove round the southern end of Golden Bay to Tata Beach, where we found Golden Bay Kayaks. For a reasonable fee we hired a two man boat and had a couple of idyllic hours paddling round the rocks looking at the Cormorants and, to our great delight, a fur seal that was playing about in the water about 6 feet away. 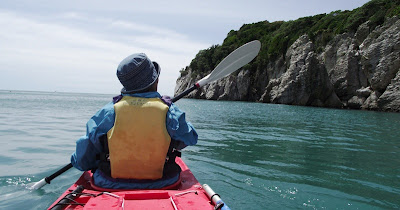 We had a swim in the clear, blue Pacific 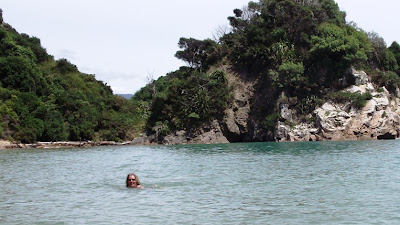 and spent the rest of the afternoon lying on the beach. 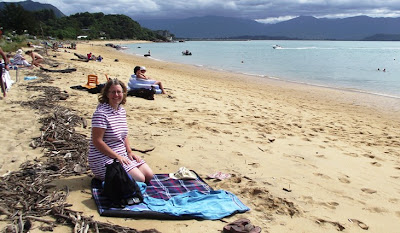 A proper day at the seaside!

At about 4pm we turned round and did Takaka Hill all over again; Dave has still got a big grin on his face. With our ears popping at the bottom we turned off on a little track that went up the Riwaka Valley to the emergence of the perfectly clear, but ice cold river from a marble cave; very impressive, but the camera couldn’t do it justice. The valley was very pretty though. We stopped short of the City at Kina Beach and had a night in an out-of-the-way camp site overlooking Tasman Bay. 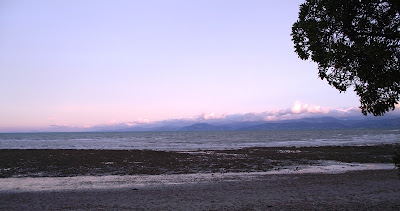