On Monday morning we said a fond farewell to David and Liz and left Sydney via the harbour bridge, heading north on the Pacific Highway. We’re going to spend the next three weeks on, or just off this road so we’d better get used to it.

We had a break at The Entrance, a pretty little seaside town that has a resident flock of pelicans which congregate every day for a free feed. Karma put us there just at the right time. 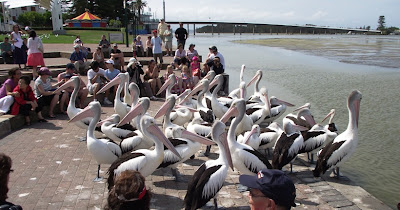 That night we were at the twin towns of Forster and Tuncurry overlooking Pebbly Beach. 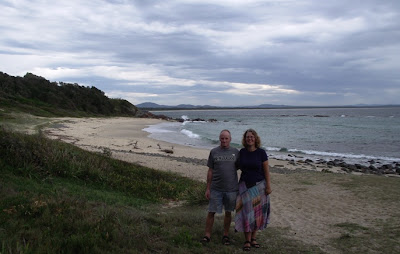 In the morning we had a lovely refreshing swim before setting off again. Tuesday was pretty much a driving day, but we got to Coffs Harbour with enough time for a walk along the creek and round the sea wall. 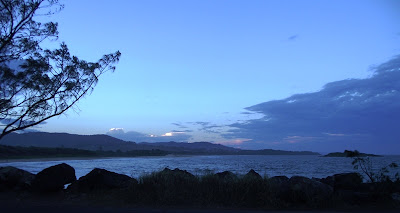 There was an amazing variety of marine life in the harbour, we saw a big ray and a turtle swimming about. Then we watched as a thunder storm came howling across the harbour mouth, making the rigging scream and sandblasting us as we ran for shelter.

In the morning we walked round the beautiful botanical gardens 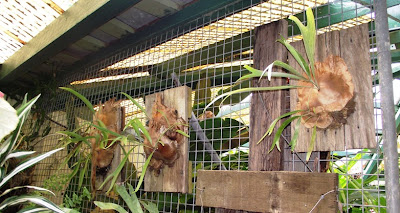 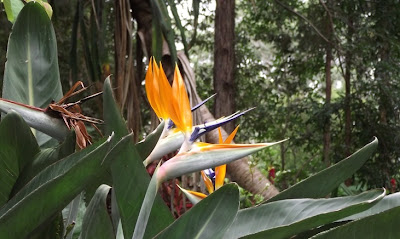 before taking to the road again.

We meandered away from the main highway and zigzagged over the big Clarence River on two ferries and a very dodgy looking bridge. 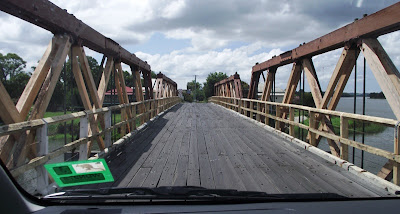 At Lawrence there was a lake beside the river with hundreds of spoonbills, egrets, ibis and herons in the trees.

We had lunch in Maclean; a Scottish town in the middle of eastern Australia. Every telegraph pole has a different tartan.

We had Wednesday night in Byron Bay. We walked up to the very famous and very well kept lighthouse, 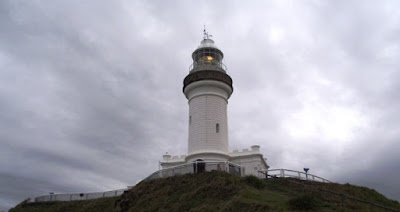 then had a swim before tea.

On Thursday morning we were back in the sea again, but out fairly rapidly when the bloke next to us got stung by a little blue jellyfish.

Off we went on Highway 1 to Brisbane. We stopped in the city for a walk along the river boardwalk. 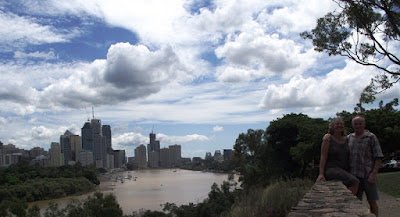 It was very hot and these little guys were out all over the place. 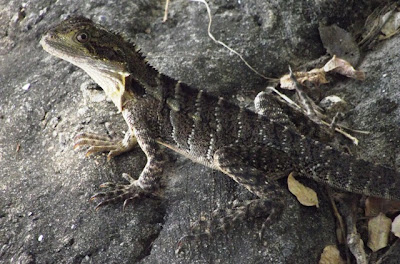 When we got back to the van it was 50˚ inside. Thank God for air-con!

Through Brisbane and heading north again we stopped at Noosa Heads for the night, did a wash load in the laundrette, had a lovely evening stroll through the little national park on the Noosa headland 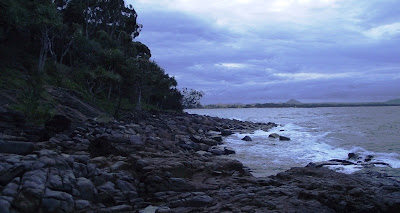 and did a bit of Ty Cheat at dolphin point. Never saw no dolphins though.

We are barely scratching the surface of Oz. We’re doing the equivalent of the length of the UK every three days and stopping six times. We make no apologies; It was always going to be a compromise, but when we go home we will at least know what goes where and what the thin green strip down the right hand side, the red bit in the middle and the top edge feel like.
at March 04, 2011

What a fantastic trip! Enjoy yourselves. Loving the blog

(in the drizzle, but at least the daffodils are starting to come out)