Early on Saturday morning our taxi took us to the airport 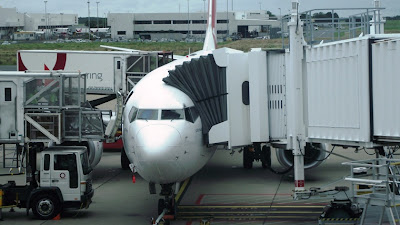 and we took off into thick cloud. Bye-bye east coast. After a couple of hours the sky below us cleared and we had a look at Australia away from the coast. 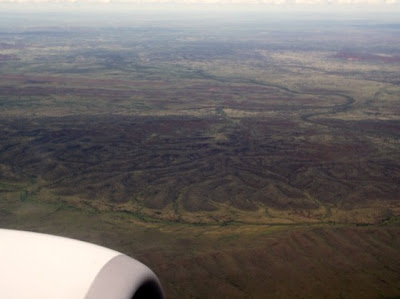 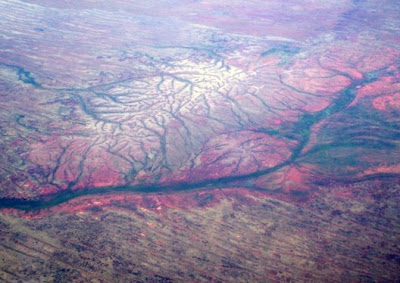 We landed in Alice Springs where we were met by Dave’s Auntie Ann. We overloaded her poor little car with all our stuff and went back to her lovely flat for lunch. In the afternoon we went out to look at the original Alice Springs which was a tiny community that built up around a Telegraph Repeater Station near a water-hole that isn’t really a spring at all. 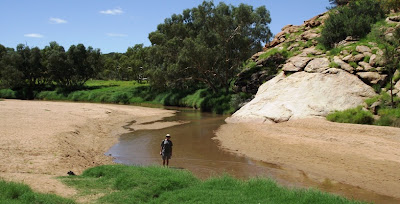 The town that is now called Alice was originally named Stuart; it was re-christened when the telegraph station closed in 1933. On the way back we drove up Anzac Hill and looked out over the town.

On Sunday we went for lunch with Ann’s sons, Damian & Jeremy, along with their respective families. There are a lot of them; we took up two tables in the restaurant. Ann also has three daughters; we’re going to see Rachel when we fly up to Darwin, but unfortunately we missed Sarah in Adelaide and drove straight past Helen in Newcastle without realising she lived there. Oh well, we’ll just have to save up and come back.

On Monday Ann drove us to Alice Springs Desert Park. We were really impressed with this place; we were given an audio commentary device and learned about the desert environment and the fascinating creatures that have adapted to survive it. 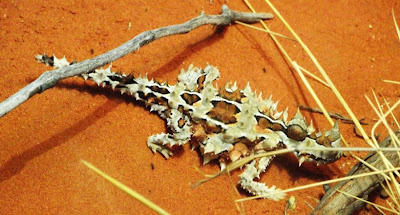 We watched a display of free flying birds of prey, 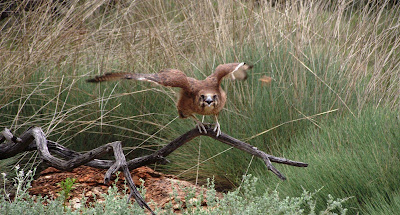 walked through the reptile house 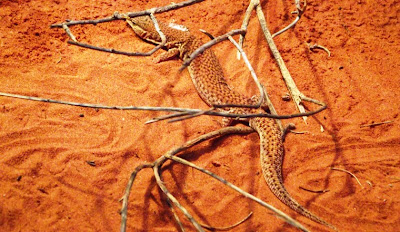 nocturnal animal house and the aviaries 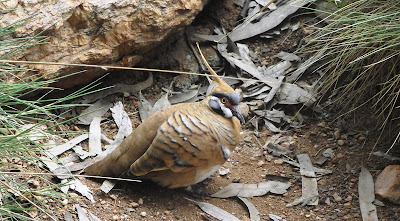 then had lunch in the café.
After that we went to the Royal Flying Doctors Museum.  We hadn’t realised just how important a role this service had played in Australia’s history.

As sunset approached we went out alongside the MacDonnell Ranges and watched the red rocks. We are seeing Alice Springs at a time like no other; after a 20 year drought, this year has seen record breaking rainfall and the countryside, instead of being its usual dry red sand, is a vibrant green as dormant plants and grasses burst from everywhere.

The local people can’t quite believe it.

On Tuesday morning we went to see some more waterholes at Emily & Jessie Gaps. 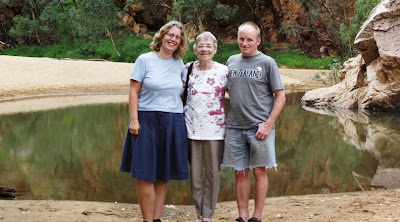 These are gaps in the ranges where the subterranean rivers come to the surface. Because of all the rain they were alive with budgies, 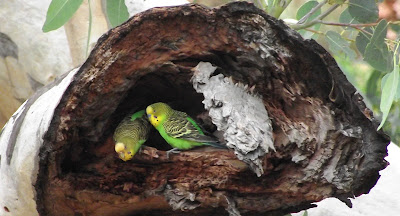 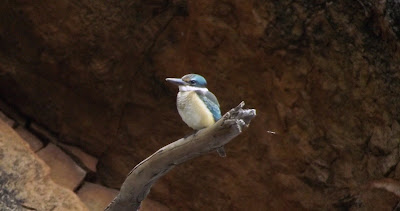 water beetles and tadpoles, all making the most of the water.

The highlight of Tuesday was going for a camel ride in the afternoon. 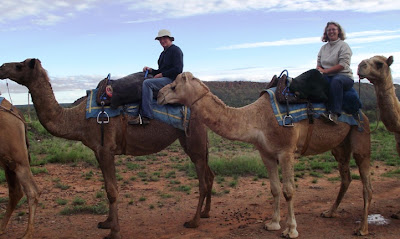 Neither of us has ever done this before and it was amazing. They are so quiet and gentle. For an hour we gracefully swayed through the outback with red kangaroos and red mountains as our backdrop. Ann-Marie is now truly, madly deeply in love. 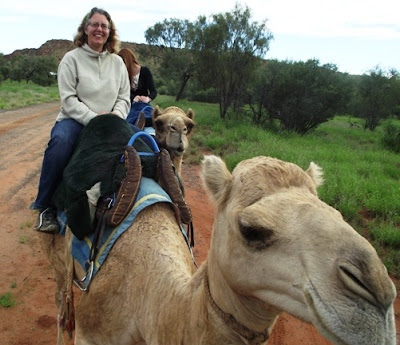 Goodness knows how we’re going to manage with a camel on a narrow-boat.
at March 23, 2011