If you ever buy a 26 year-old camper you’ll soon discover that you need to carry a serious tool box and a good selection of quick-fix items; cable ties, jubilee clips, gaffa tape etc. Just as we turned off the A1 towards Wisbech we noticed that the temperature gauge was heading rapidly for the red line. We pulled and had a look under the front to find a steady dribble of water. Dave’s first thought was a holed radiator or a burst hose, but it turned out to be the bottom hose clip that had rusted through. We didn’t have a spare one and all the cable ties had been foolishly used constructing the rocker cover racer, so a length of shock cord was put to use holding the hose back on. After refilling with 10 litres of water (it’s handy having a fresh water tank) we were off again. We got to Glen and Steve’s only a bit later than planned to a brilliant welcome, 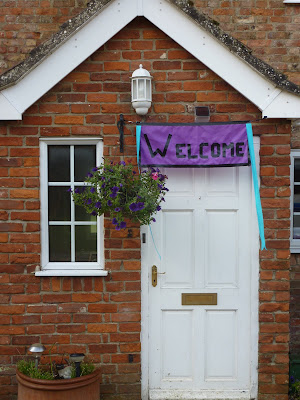 and a delicious tea. Later, we all sat on the sofa and watched Avatar; Fab!

On Thursday we went over to Janet and Steve’s (yes, we know lots of Steves). Dave had a day doing all the little outstanding jobs in the van, (including a new hose clip) while Ann-Marie and Janet went to sunny Hunstanton with Rowan & Ruby; Janet’s Children and Ann-Marie’s God-children. Ann-Marie and the kids went swimming in the sea despite the fact (according to Janet) that it was minus three and threatening snow. 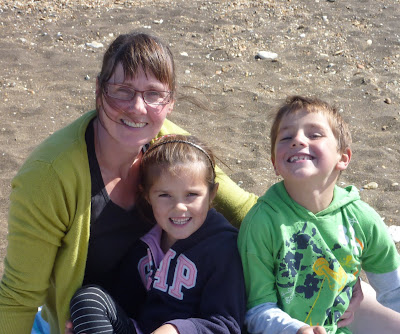 We went back to Glen’s on Thursday night, and left for Sherringham on Friday morning via a day in King’s Lynn, most of which was spent in a Wetherspoon’s; good cheap coffee, free wifi and everything charged up. We’re getting better at this mobile life.

We got to Breck Farm camp site at teatime to find Mandy, Chas, Debbie and Mark already set up. Mandy and Chas were celebrating their wedding anniversary and had invited us and other Pig Dyke Molly friends to join them. Glen, Steve & Holly and Janet & Katie turned up on Saturday so we had a lovely evening sitting round a campfire. 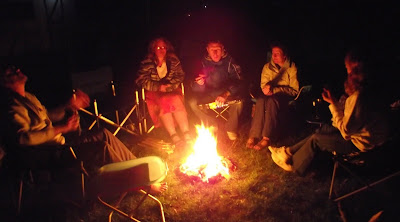 On Sunday we all went to the Lobster at Sherringham where we bid everyone goodbye and set off for the south coast. We decided that Herne Bay sounded like a nice place to spend the night - Ann-Marie’s parents used to go there in their courting days - and it is. 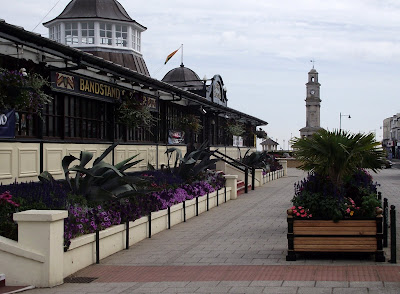 We arrived with a barely working clutch and found we had no juice in the leisure battery; not the best way to do it, but we parked in a back street overlooking the sea, had a romantic candlelit dinner, and this morning adjusted the clutch and replaced a blown fuse. (see above re. Tools etc.)

While Dave had the bonnet up a chap came out of the house opposite, not with the “Get orf moi larnd!” that he was expecting but with a “Do you need any help? We’re looking for a van like this”. So we invited them in, showed them all around and told them what we’re up to. Lovely people with a son who’s into narrowboats. What’s not to like?

This is our last night in the UK. Tomorrow, after two months driving round the country saying goodbye to everyone, we’re off to Dover and the continent. We’ve only got a vague plan about where to go, no doubt it’ll develop as we go. We’re going into the Vodafone shop in Dover in the morning to try and reduce our monthly outgoings. Nothing like leaving it till the last minute!

The next Blog entry will be from foreign parts.
at September 06, 2010

Just been catching up on the Blog! its fab, good record of the trip so far. Good luck with the French bit!! :-)

It was a lovely weekend - thank you all.

We've been back to Sheringham again twice! I spotted an old BSA motorbike for sale beside a house near the railway station. There was no phone number and no-one answered the door so I nagged Tony to come back the following Saturday. The owner was in, took a deposit and we went back the third Saturday to pick it up in our big van. Thankfully the big van didn't make any funny noises. The bike's a 1953 BSA C11 which had recently been imported back from the US and has some bits missing.