Dawdling in the Dordogne

We were waved off from Chatenet by our fabulous hosts Paul & Janice on Monday morning and headed towards Bergerac. We’ve had 3 very relaxing days R&R with them, (not that we needed it really, this whole trip is rest and relaxation) but it was lovely to stop and do very little for a while. Sunday was the exception though, that’s when 8 of us took 2 2CVs to Angouleme for the Circuits des Ramparts. For one week a year this fortified French town is invaded by thousands of petrol-heads from all over Europe to celebrate the gods of historic internal combustion. Half the town is closed off for three days, Armco is erected across the front doors of houses, and blatently insane speed freaks race through the streets with complete abandon in cars that would usually be found behind a length of red rope in a stately home. 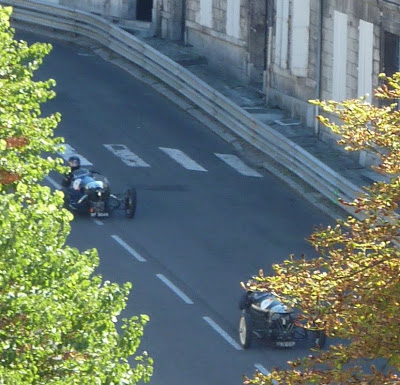 And they don’t take prisoners; there were plenty of tyres squealing round all three hairpins and the afternoon was regularly punctuated by the sound of highly polished engines being pushed beyond the red line. The whole day was, in a word, thrilling. We walked round the static displays in the morning, had a very French Entrecot & Frites (with extra car & people watching) and an afternoon spectating. Thank you Janice & Paul for a wonderful relaxing time.


Monday night was spent at the side of the road between Montpon and Mussidan after a lunch stop and a walk round a little park in Menesterol on the river Isle.

On Tuesday we went on to Bergerac. Everyone has told us how beautiful this city is but you have to come here to really know what they mean. We parked the van quite away out and cycled in, locking the bikes to a post near the bridge over the Dordogne, then had a picnic overlooking the old wharf and the pleasure boats. The old part from the river up to the statue of Cerano outside the church is not that big, perhaps a dozen little winding streets or so, but every turn round every building has you reaching for your camera. 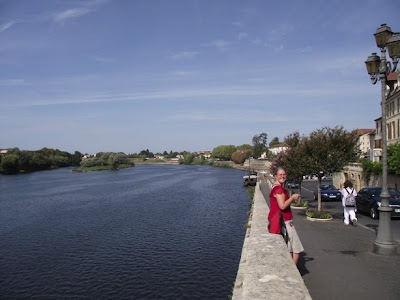 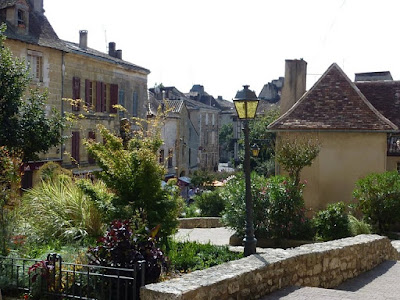 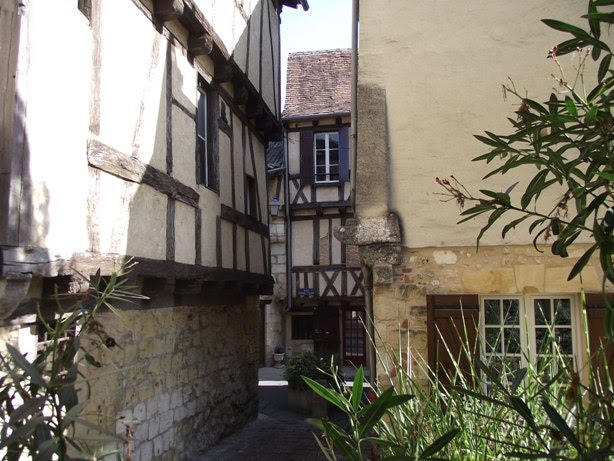 Oddly shaped timber frames with tile infill abound and there doesn’t appear to be a truly vertical piece of masonry anywhere. Add to that pavement cafes, abundant flowers and the whole place scrupulously clean, and you get some idea. Cameras don’t do it justice and neither - of course - do words.
at September 21, 2010