We set off for the start of our Northern Adventure from our mooring on the Market Harborough arm, heading back to where it joins the GU Leicester line at the bottom of Foxton locks.

Matilda Blue had already gone ahead, and Bob had the swing bridge open and ready for us when we got there. At the junction we both pulled over for water before turning right onto what was new water for us. 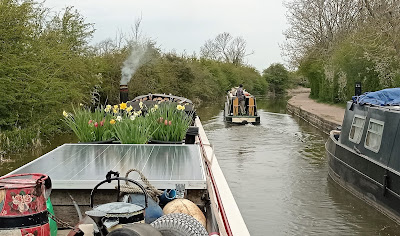 Bob and Mandy have been this way several times before; they’ve had winter moorings at Debdale and had their boat blacked there as well, but they haven’t gone a lot further north than that. Last year they’d planned to go up through Leicester and the River Soar, but the city had been one of the first places to go into a second lock-down, so they’d had to turn back just after Newton Harcourt.

From Foxton to Kilby bridge the canal has been designated as SSSI so there is lots to look out for. A very brave - and very clever - kingfisher purposefully stayed on his perch as both boats went past, waiting for the fish to dart out of the way. Both times, as the stern passed his perch, he dived in and came out with a fish.

We pulled into Debdale wharf and finally exchanged our gas bottle, then caught up with our mates at our chosen mooring at Smeeton Westerby. 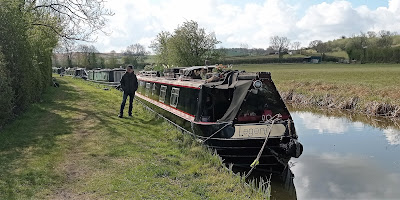 In the afternoon all four of us went for a walk up the feeder to Saddington Reservoir... 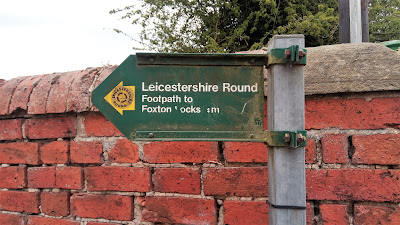 ...then over Smeeton Hill to Foxton where we’d left the cars. The next day we took both cars to Wistow. There was a slight drama when Bob reversed into a ditch while turning round, but apart from a lost mudflap no harm was done. We parked up by the canal bridge at Newton Harcourt and checked out the lovely mooring spot that Bob and Mandy had remembered from their previous visit, then walked back through Fleckney and over the top of Saddington tunnel. 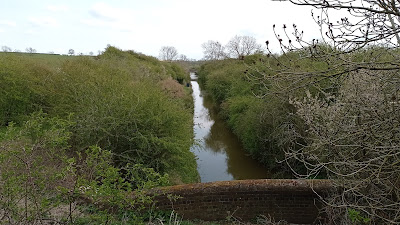 Looking down the GU Leicester Line  from the south portal of Saddington tunnel.
At 10 o’clock the next morning we were off and into the tunnel.

Dave had fitted an auxiliary 12v socket to the engine 'ole roof next to the back doors, and a corresponding plug on our stand-by headlight, which has a mag-mount base. This meant we could have it pointing at the tunnel roof at the back of the boat and made navigating through it far more interesting. We could see all the stalactites and weird formations that have grown there over the last 200 years and of course we could see - in rather too much detail for our liking - all the cracks and wobbly-looking bricks. 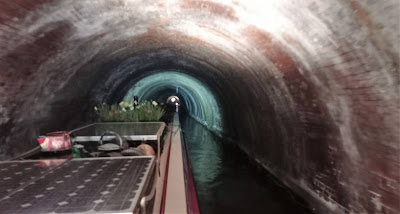 Maybe a light at the back isn’t such a good idea after all!

We also noticed that several bat boxes have been installed in the tunnel; more reminders that we were passing through an SSSI.

Shortly after the tunnel we came to Kibworth top lock, the first of the 24 locks that will take us down to the River Soar in Leicester. In an SSSI there is only a minimum amount of vegetation control, so the canal feels quite river-like as it winds its way between the reedy banks. 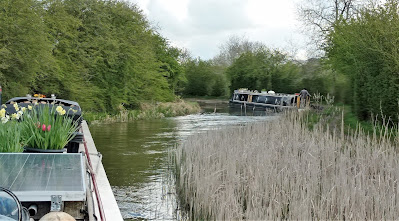 It’s all very pretty and brimming with wildlife, but there is a price to pay; the pound between Foxton Bottom to Kibworth Top lock is several miles long, so when we got there we were met by a solid mass of floating dead reeds and bits of wood between the wing walls. Armed with boat hooks, we managed to scoop most of it out so we could open the gates. Once in the lock, we had to do the same thing with the bottom gates. 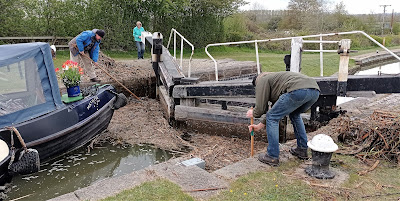 What we could have done with is a tool called a Keb. You’ll not find that by using Google; it’s an old boatman’s term for what the rest of the world call a Manure Drag Rake. Dave has long been promising himself that he’s going to make or - God forbid - buy one for situations like this, maybe this summer he’ll get round to it.

As Legend joined Matilda Blue in the lock...

we realized it was the the first time we’d shared a lock with Bob and Mandy since we waved goodbye to them at Hemel Hempstead on our way down to London five years ago. Time really does fly when you’re having a cliché.

Happily the length of Armco that we’d spotted on our reccé to Wistow the day before was still vacant so we moored up overlooking a large field where, according to the OS, the medieval village of Wystowe once stood. 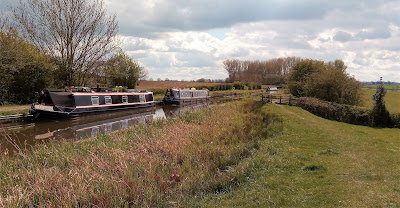 There’s not really a lot to show for it, just a bit of an embankment near the church. However, for us the interesting thing was that in the church yard there are about a dozen big slate gravestones, where several generations of Burdetts are buried! They are absolutely not related to us though - Dave’s name was changed by Deed Poll when he was 11 - but for some strange reason it was quite exciting all the same.

The next day we had wander down to the big posh garden centre, which resulted in a visit to the café, some summer bedding plants for the troughs, a selection of alpines for the little black black trugs and a couple of bunches of free bruised bananas. We also found some woven Morrocan style mats that we thought might fit in front of the sofa, so we went home to measure up. In the afternoon we had a big 10 mile walk out to Great Glen and Burton Overy, with a diversion further north to take in a section of Roman Road. To be honest it really wasn’t worth the detour, it just looked like a farm track and it wasn't even all that straight... 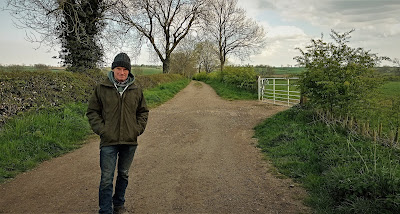 ...but we did find a sprig of May blossom in flower to bring home to celebrate May Day the next morning.

After waking up at dawn and doing some Morris Dancing on the towpath, (Disclaimer: Actual waking up and actual dancing may, or may not, have occurred.)... 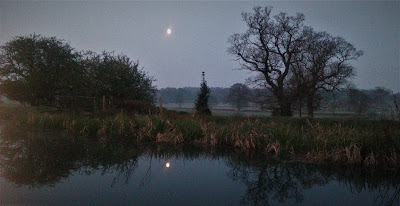 Moon over the water. 5am, Mayday 2021
...we got on with planting up the trugs with some rocks that we collected at Hawkesbury junction and our beautiful Wallingford pebble that Julia gave us when we left . We know they'll take a while to establish themselves and we’ll have to keep them trimmed to stop stuff spreading all over, but we think they already look quite good. 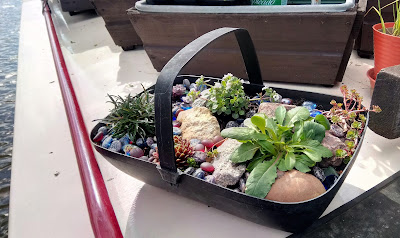 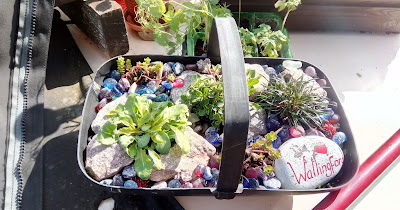 The forecast is still warning of frosty mornings ahead, so the pretty summer flowers are staying indoors for the time being. Living in a plant pot on an exposed boat roof can be a bit of a shock for a tender  little marigold.

The month might well be May, but our pathetic bit flowering hawthorn is the only evidence we’ve seen of May being Out, so we’ll not be casting our clouts quite yet.