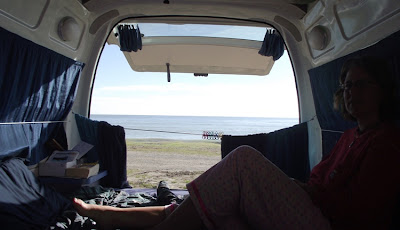 This is the view we woke up to this morning; another lovely day. That’s 4 in a row now, if it carries on like this we’ll start to get used to it!

Our first stop today was a little village called Clive for an empty out; we’ve found a directory of dump stations in the back of our atlas which is making life much easier. After that we drove on to the beautiful city of Napier. This, along with its twin city, Hastings, was severely damaged by a large earthquake in the 1930s. Although terrible at the time, lots of rebuilding happened straight away, and an Art Deco phoenix has risen from the rubble. 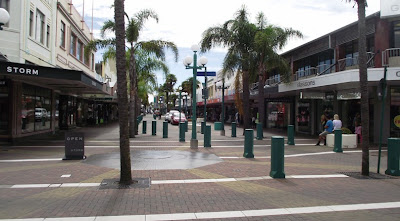 Like everywhere else we’ve been the city gardens are clean, tidy and well looked after; it’s heartening to see so much civic pride in a country. 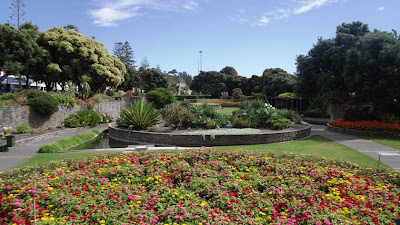 From Napier we followed the Pacific Coast Highway up some serious bends, including “Devil’s Elbow”, half of which was covered in land-slip, and stopped at Tutira reservoir for lunch. We shared our sandwiches with the local wildlife 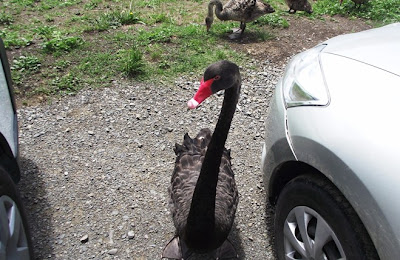 then carried on to Wairoa and Frasertown, where we turned off onto a little yellow road towards Gisborne. At Te Regina we came across a little lake full of black swans, and finally stopped for the night at the bottom of an amazing gorge at Doneraile Park Freedom Camping; a facility provided by Gisborne County. 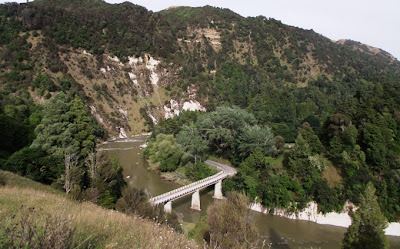 We had a stroll and a bit of rock-hopping along the river before tea and found some fossils. 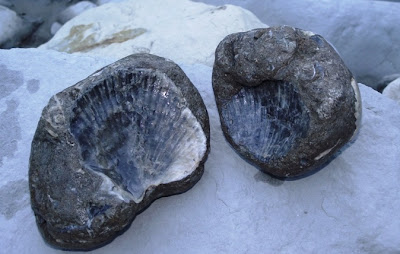 Maybe in the morning we can use the frying pan to look for gold.
at January 27, 2011