Well, here we are on the other side of the world. The international flights were long and tiring, but happily uneventful. We spent most of the time watching films and trying to sleep. Somehow we’d got it into our heads that we were going via San Francisco, so it was a bit of a surprise when our 747 landed in LA. 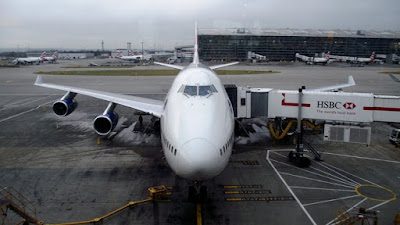 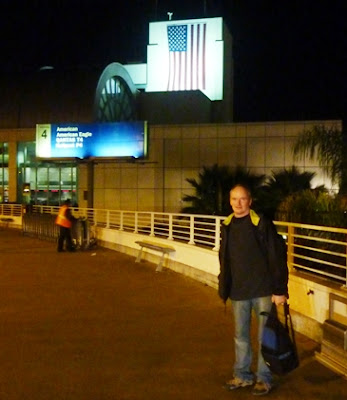 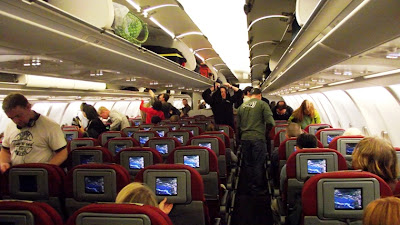 The domestic flight from Auckland down to Christchurch on the South Island was a bit more interesting; very bumpy going in, but the pilot got us on the ground in one piece. We got a shuttle to the hotel; the driver was really friendly and spent the entire journey pointing out places of interest. Finally, at 3pm we lay down on a bed for the first time in 44 hours. We think we did ok considering we’ve both got colds. By the way, descending from 35000’ when you’ve got blocked sinuses is not funny. It’s even less funny when you do it three times.

After an afternoon nap we dressed in summer attire, had a walk round Christchurch and immediately fell in love with it. It’s a beautiful, clean, friendly city. The streets are set out in a grid and from every intersection you can look south and see the mountains.

There’s a tram service with old fashioned street-cars on it, one of which is a restaurant. On the west side there’s a park that’s as big as the city itself with a botanical garden, and through it all winds the River Avon with the odd rowing boat and punt to complete the picture. 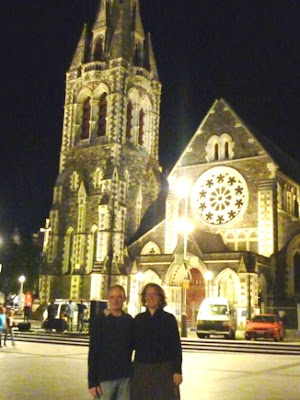 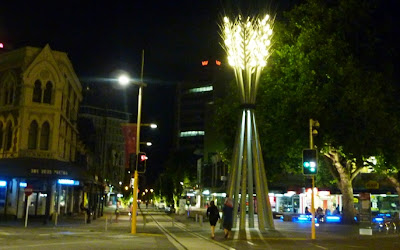 We got a bite to eat and went to bed jet-lagged but happy.

Unsurprisingly we were awake at 6am, so we had another walk round Christchurch, which looked even more lovely in daylight. We bought savoury muffins for breakfast from a little bakery and returned to the hotel to repack our bags and get the shuttle to Maui Campervans where we collected our home for the next 5 weeks. This time the driver told us all about the 7.4 earthquake that happened here here while we were in France. Quite a few of the older houses suffered damage; mostly pointy bits and chimneys falling down, but there are one or two empty plots where the building was demolished. A small part of the city centre has been cordoned off around an old department store with half its roof missing, and in the urban areal other places are fenced off, either to be repaired or pulled down. All the modern buildings survived, and,amazingly, although it happened at 4am, no-one was killed.

Our campervan is about as different to Ken as you could imagine. It’s a Toyota Hi-ace, less than a year old and automatic; an absolute breeze to drive. 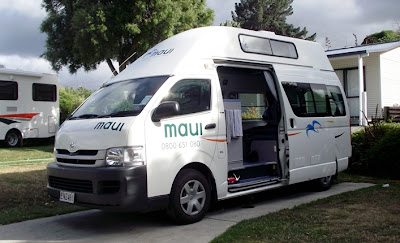 In the back there’s a comfy enough bed, but because it’s designed to be hired it’s very basic and there isn’t much storage space. It has got a big fridge though. No doubt we’ll learn to live with it. For our first night we set off east onto the Banks Peninsula towards Akaroa. 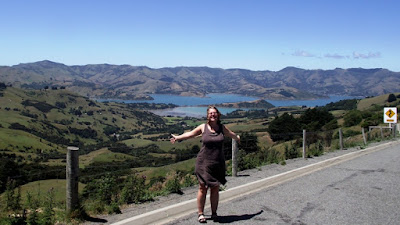 This area was formed by two volcanic craters forming a natural harbour. It was the only attempt by the French to establish a settlement in NZ and still has a French flavour in the architecture and street names. The roads are fabulous and Kiwi Ken just lapped them up. (We’re not going to use the phrase “the views were fantastic”. Instead, it can be inserted into this blog by the reader at any point during the next 35 days.) 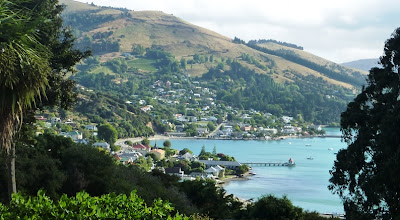 We stayed on a camp site for our first night, had a walk into town, wandered around the harbour and had excellent fish & chips for tea.
at January 09, 2011