We moved up to Three Locks this week.
Mum and Dad came along to help and stayed the night. It’s a lovely spot, there are ducklings 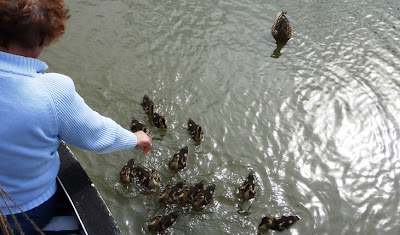 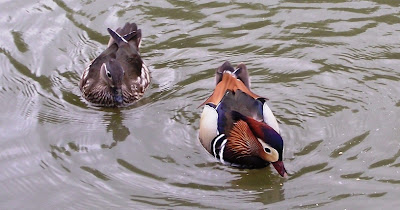 and a constant supply of hire-boaters from Leighton Buzzard encountering their first lock. 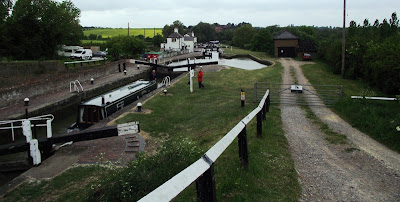 It's not a staircase, just a flight of three, but it's still pretty daunting to come round a corner and find that lot in front of you.

Dave has nearly finished the well deck locker, there was a tense moment when we thought it wouldn’t go into the well deck, 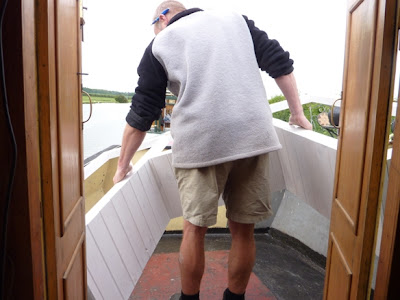 but it just fitted.. 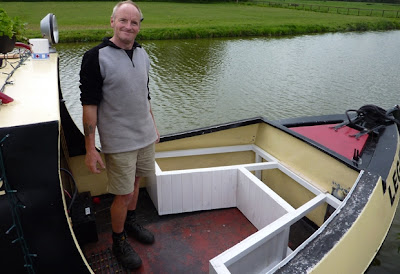 He then spent most of the week painting it. It’s going to be red, even though we quite liked the look of it in grey undercoat. 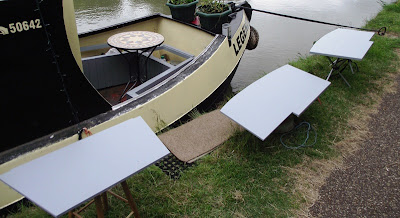 While the paint was drying he fitted new seals and vents to our toilet cassettes and fixed the electric flush. It’s a rich, carefree life on a boat.

We've got the power.

When boaters get together it doesn’t take long for the conversation to turn to amps, volts and watts. How much you’ve got, how much you need and how you make it. Hardly surprising, and probably much the same as anyone who lives off-grid. When we bought Legend she had three 110amp leisure batteries and a starter battery, all of which were less than a year old. So that’s 330 amps of battery capacity; the fridge only takes 2.4, LED lights only take 6 when they’re all on and the water pumps don’t use much either. Sounds good, eh? Well…. not quite. There are one or two rocky outcrops we’ve scrambled over on our learning curve.

First, because of the way the battery management system works, when you start the engine, all the electricity that it produces goes into the starter battery until it’s full, before any is put into the leisure batteries. All well and good; you’ve always got juice to start. Trouble is, when you’re not on the boat all the time (when you’ve bought a house and are trying to sell it, for instance) you don’t move it or run the engine long enough for the splitter to actually switch to the leisure bank. Lead-acid batteries need charging at least once a month or the plates will start to sulphate, rendering them useless. So although the starter battery was fine, it didn’t take long for us to find out the leisure bank was goosed. Harry got us some at trade price and as 4 were only a few quid more than 3 we upped our capacity to 440amps. Brilliant, should last for weeks. Well….. enter rocky outcrop number 2.

You should never let a lead acid battery go below 50% of its capacity. So 440 total amps becomes 220 usable amps. It doesn’t end there either. When the engine is charging the batteries it becomes harder to push more electricity into them the fuller they get. As a rule of thumb, each 10% takes twice as long as the previous 10%. Which, in effect, means that even after several hours cruising, you only get about a 90% charge from the engine. So 220amps becomes 190amps. Add in losses from the current splitter, the resistance from all the connections and the wiring itself (which on a 57’ boat is a fair chunk) and it ends up at about 150amps. A glance back to the first paragraph and it doesn’t take much to realise that even just running the fridge can flatten the whole bank in 2 or 3 days.

So what do you do? Some people move every couple of days. We quite like having a week or two wherever we are so folk can visit and we can explore. In the very near future we’ll be getting a couple of 100watt solar panels. We’re going to the Crick Boat Show and hopefully there’ll be some deals to be had there. That should be enough to keep up with our usage and give us some extra for the cloudy days. For the time being, and for when it’s not sunny at all, we’ve got a 1KW genny and we’ve just installed a clever 3 stage, 40amp charger in the engine room. 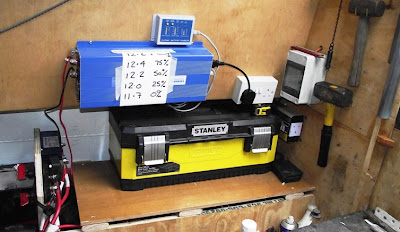 The batteries are in the box under the toolbox. There’s still a solar controller to go in, and a digital volt meter, but it’s looking good. 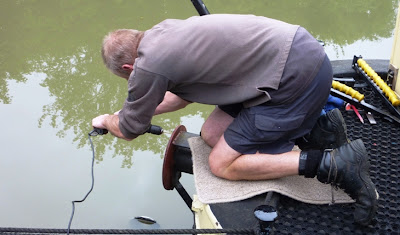 Haven't looked at the blog for a while but liked these photos, nice work on the boat, it looks FAB!! And the ducklings - really sweet!