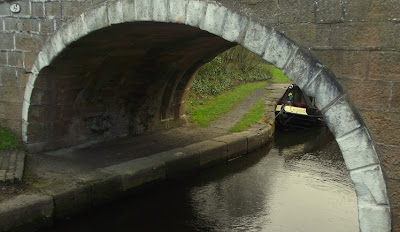 Walking up Pendle Hill turned out to be just as big an undertaking as we thought it might. Armed with extra drinks, maps and a GPS compass app we strode forth from our mooring at the bottom of Barrowford Locks, and followed the Pendle Way towards the South Face Ascent. 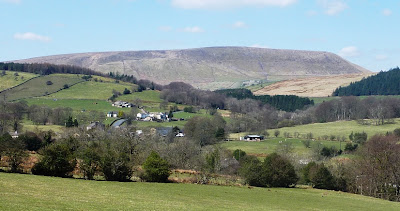 When we managed to find it, we thought that the path, as it passed both Ogden reservoirs and climbed ever upward onto the Lancashire moorland, was dramatic and fairly strenuous. 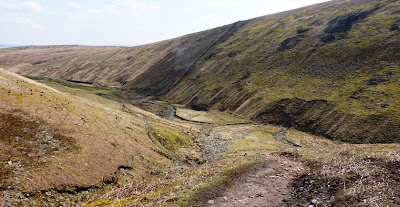 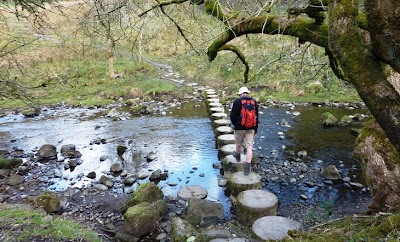 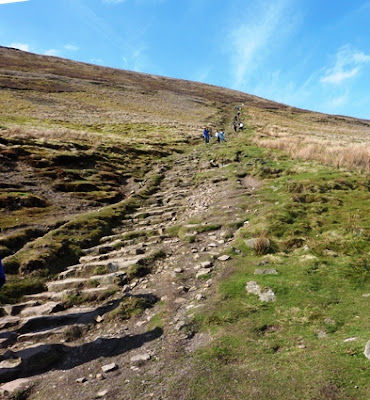 At the bottom our legs were like jelly, but what a view! 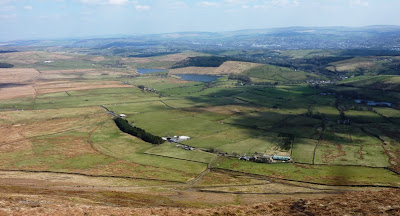 A couple of days later we walked up the locks and over the top of Foulridge Tunnel to have recce at the moorings on the other side. On our way up we came across this odd looking contraption and its owner, John Wonfor. 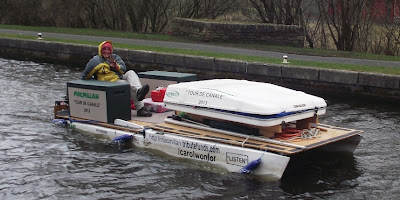 John’s rather ambitious mission for this summer, (if and when it arrives) is to visit the four corners of the inland waterways on a 16’ catamaran with a camping chair and a car top tent strapped to it, in order to raise money for Macmillan Nurses. Highly commendable, mad as a hatter. We helped him through the bottom two locks and brought him on board Legend for tea and cake - as we do – and gave him a map of the inland waterways, which we don’t think he’d really looked at till then.

If you’re interested, the four navigable corners of the joined up system are: North - Tewitfield on the Lancaster, West – Llangollen on the…er… Llangollen, South – Godalming on the Wey Navigation and East – Brandon on the Little Ouse. They are, as it happens, our goals as well, although we intend to take a much more leisurely approach to achieving them and plan to visit everything in between as we go.

Talking of visiting things, as a way of saying goodbye to Burnley we drove up to this.

This is the “Singing Ringing Tree”. Some of the tubes have slots in them which the wind blows over, making a low hum, a bit like blowing over a bottle. When we were there the wind was doing a hoolie so we re-named it the Moaning Groaning Tree. That’s Pendle Hill in the background. Looking at that photo makes our knees hurt.

After carefully studying the weather forecast for a week at the bottom of Barrowford Locks we picked what looked like the best boating day and started up the flight. 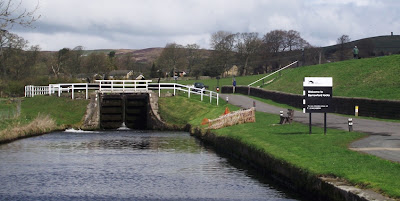 It all went super smoothly to start with; in fact when Alan turned up to lend a hand we were perfectly placed in the third lock right by the car park. Spot on. It was only after the forth that it all went wrong. Within five minutes the weather went from absolutely fine to very wet and very windy with the towpath on the windward side, and in the scramble to get moored up before being blown into the reeds we managed to ram the bank – hard. The resounding crash that echoed from the cabin when we hit turned out to be most of our crockery exiting the cupboard and throwing itself, Life of Brian style, to the floor. We also broke the ornament we brought back from New Zealand, the one that gives us Good Luck over Water. Fat lot of good that did, eh? In our defence, the forecast had been fine and it was raining, cold and windy, but at the end of the day it was all down to rushing about when we really didn’t need to. One of us was on the bank with the front rope round a bollard and it wouldn’t have hurt to just let the wind swing the back out instead of trying to fight it and bashing into the wall. No lasting damage though, a bit of blacking lost, some new crockery needed and a lesson learned. If in doubt, slow down.

When the rain stopped we carried on up the flight, by this time another boat had come up behind us so for the first time since the staircase on the Millennium Link we found ourselves paired up for the top three. They were on their way to the Skipton Waterways Festival, which sounds like a good thing to go and have a visit to. So we will. We’re also going to have a look at the Preston Boat Jumble on the bank holiday Monday

Meanwhile we’re moored up at Foulridge Wharf after coming through the mile long tunnel. 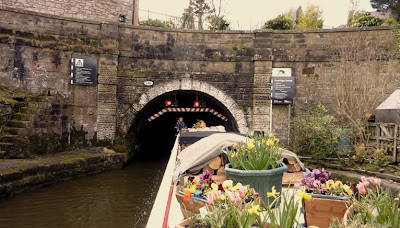 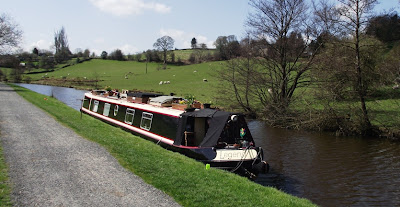 There are showers and a café and a car park here so it’s all very nice. There’s also a sign that says “Three Days Max” which is very faint and you’d be excused for not noticing it, but there’s a perfectly good mooring spot a couple of hundred yards further on, just before the county border, so were going to be good and shuftie up. 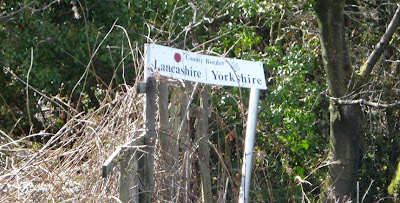