After the wind had died down a bit and we’d moved from the shelter of a wall into the open with views over the moors, Altham Bridge was lovely.

While we were there we had a trip to Chesterfield for Dave’s annual eye MOT, a day litter picking with the local IWA branch, and when there wasn’t a howling gale going on (and sometimes when there was) went walking on the surrounding moors. 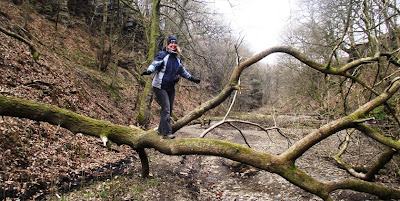 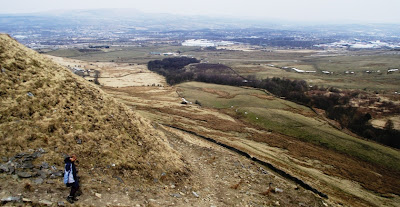 While the views are stunning round here, we did find ourselves on what we now refer to as the Pointless Style & Gate Walk. 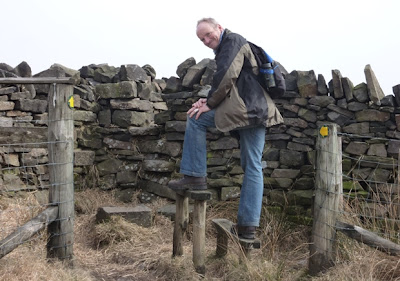 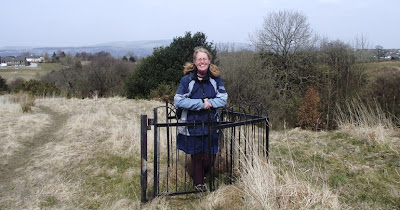 We also went to a meeting held by the local IWA branch which included a talk about Kennet; a L&L Short boat that the Leeds and Liverpool Canal Society own and operate. The Friends of Kennet are a very enthusiastic and friendly bunch who have put an awful lot of time and effort into restoring this beautiful boat and now put just as much time and effort into maintaining and moving it around, and to welcoming as many people as possible on board in order to educate visitors and raise interest in the history of the L&L and canals in general. We found the talk especially interesting, as we’d been queued behind it while we waited to go across the Ribble to Preston last year. Humble appologies for calling it a Mersey Flat.

From there we moved up to Knotts Bridge, which on the map looked a bit close to the motorway, but in fact was lovely. 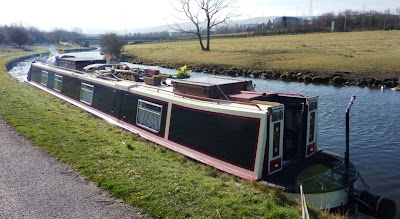 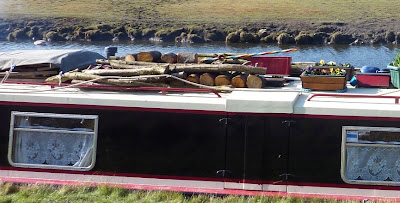 and got a lot of the new engine room panels painted while Ann-Marie finished the last curtain tie-backs.

Our next stop was Rose Grove, where there is a very nice shower block, off-side moorings and a car park which gets locked at night. Legend was there for one night; the next afternoon David & Kate came to stay and we moved into Burnley. (The car was there for nearly a week due to the car park being locked up the first time we went back to get it; sometimes things don’t go quite to plan.)

We moored outside the Inn On The Wharf right in the middle of Burnley.

Just like Wigan, we’d heard tales of doom about staying there; our opinion is that the more boats are seen moored in towns the more boats are likely to moor in towns. Anyway, we’ve had a week here and it’s been surprisingly quiet and peaceful. We’re on one side of the famous Weaver’s Triangle where a lot of work has, and still is being done to restore and re-generate the remaining mills, workers cottages, engine houses and other buildings. 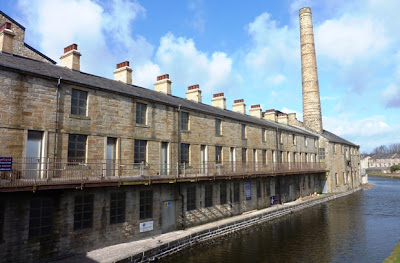 It’s already quite impressive and when it’s all finished it will be spectacular. A look round the little museum in the former toll house was very informative and gave us an insight into what the place would have been like 150 years ago when it was the centre of the cotton weaving world. 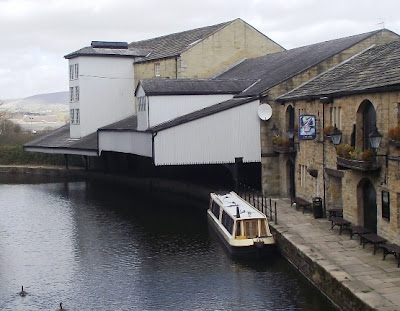 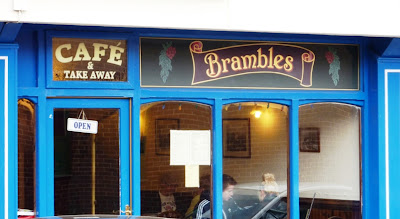 which could prove to be a costly discovery if we’re not careful and there’s a Tesco Deathstar here as well – also costly. Just round the corner is the mile-long Burnley Embankment from which you get fabulous views over row upon row of terrace roofs and chimney pots,

grand municipal buildings and the Turf Moor football stadium. And if that’s not enough to inspire you, (we’re sorry Steve, but quite frankly, it’s not) there is always Pendle Hill beckoning in the distance.

Nickleson’s describe the Burnley Embankment as one of the seven wonders of the inland waterways. Without resorting to google we reckon the other six must be the Anderton Lift, the Pontypontycyclisty Aqueduct, the Bingley Five Rise, the Barton Swing Aqueduct, the Standedge Tunnel and our boat.
at April 18, 2013