We’re still alive!
On Tuesday morning there was still no-one in the reception so we got on our bikes and went exploring. When we found we were about 5 minutes from a fabulous beach we decided not moving the van was the best bet and rode back to the site to get a book each and our swimming togs. 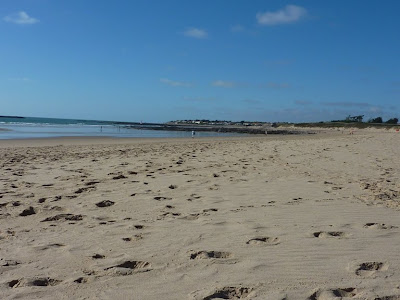 Half the afternoon was spent getting bashed about by the Atlantic until we were both knackered and Dave had turned blue, the other half was spent lying in the sun reading or collecting some more mussels. Dave cooked them the same way as the previous evening (fried onions, splash of red, salt & pepper, chuck ‘em in and put the lid on till they open up) but for some reason half of them didn’t open. Still, the ones that did were yummy! Later on we went for a stroll into the village, posted some cards and almost got back to the van before the mozzies came out in force.
On Wednesday morning we still couldn’t find anyone to pay for camping, so with full water tanks, charged batteries and feeling very guilty but clean, we drove off towards La Rochelle.
We stopped at a boulangerie for croissants on the way, but ended up with pain au raisin instead; the greedy Frenchman in front of us had all the croissants. Then we went to two different McDonald’s in La Rochelle; the wifi didn’t work at the first one, but the chips were nice and, although the wifi was fine in the second one, Dave managed to order two McFlurries by mistake. We seem to have managed to find free camping, however free wifi is proving rather expensive!
After leaving La Rochelle we headed for the Ile d’Oleron. 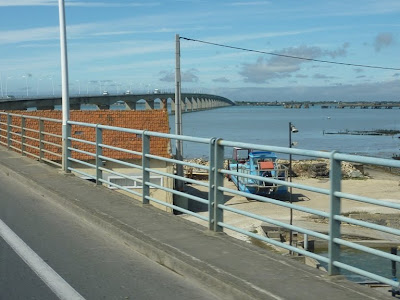 We came here 10 years ago with Chloe and Frankie and we thought it would be fun to re-visit for the night. It was about lunchtime when we drove over the bridge onto the island and we stopped at a sea salt museum which happened to have a weekly market outside. When you walk round the drying beds you can see the salt crystals glistening on the surface of the water. 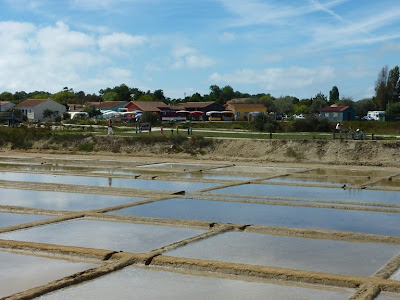 The market stalls were all selling lovely looking homemade and/or local produce and we bought some delicious quiche for lunch.

About half way up the island we found a nice wide lay-by to stop in, on a fairly quiet road with the beach just over the dunes on the other side, then we cycled into La Cotiniere for a look round and some post cards. When we got back to the van we went for a walk along the beach and a bit of rock-pool hopping before tea. There isn’t much spare space when you’re living in a van, but we seem to have found some. The trouble is we’ve filled it with shells. 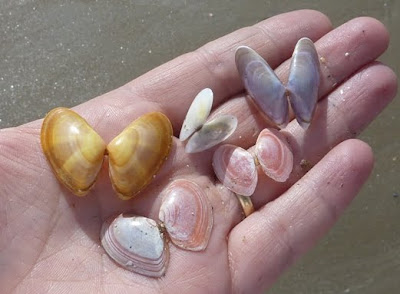