After leaving the Ile d’Oleron we followed the coast for a while through the lovely Foret de Coubre, through La Palmyre to Royan. There’s a big zoo in the forest at La Palmyre, we took some photos through the fence. 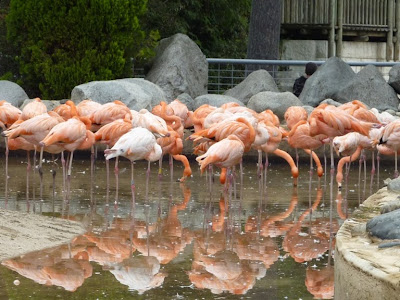 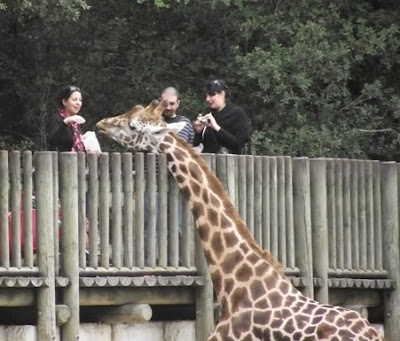 ﻿From Royan we carried on down the coast, finally turning away from the Atlantic at Mortagne. We are now at the home of our friends Paul and Janice. They have a beautiful house and 3 holiday gites in Chatenet, and they are perfect hosts. Altogether there are 8 of us here at the moment and it’s a lovely place to be. We’re staying till Monday, chilling out by the pool, walking the dog, sampling local produce (mostly wine & cake) and on Sunday we’re all going to Angouleme for the Circuit des Remparts; a vitage car race through the streets of the town. We’ve heard about it from various people; when Paul & Janice said they were going we jumped at the chance.
This trip is so different to anything we’ve done before; we’ve had 9 days of mostly driving on small yellow roads, stopping whenever we feel like it and not having to be anywhere in particular each night. Any previous jaunt across France has usually involved a high speed dash from the ferry to as far as possible in one go. We have decided, by a process of elimination that the 16th of Dec would be the best day to sail back to the UK. We reckon we’ll go from here via the Dordogne to Toulouse where some more of our friends live, spend October travelling down to the bottom of Spain and November travelling back up to Toulouse, then do a run up to Calais as late as possible so we don’t get cold.
at September 18, 2010