As you come away from the BCN, just before the Stourbridge locks, there is a junction on the right which takes the intrepid onto the Fens Branch; a short feeder arm which is navigable for about 300yds, after which it rapidly becomes a shallow weedy ditch reminiscent of canals of our youth. Just before it gets too bad (only just) there is another junction with the 200yd-long Stourbridge Extension Canal. On the off-side of this are moorings behind a fence with a BW keyed gate. 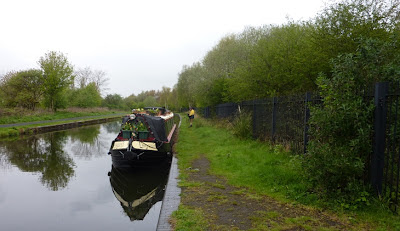 It’s a seldom used back-water and the turn is a bit silted up; we only draw about 2’ and we still had a fight winding and backing onto the moorings, although once we’d got tied up we found ourselves in about 4’ of clear water. The lakes that feed the canals, together with the un-navigable section and the dis-used railway line that lies alongside it, have all been turned into a nature reserve, so that despite being between heavy industry and housing estates it was the quietest night we’ve had since entering suburbia a month ago. But it still wasn’t the countryside and, although we couldn’t justify it and were annoyed with ourselves for feeling it, instead of being happy and secure behind our locked gate, we felt isolated and vulnerable. Which is a sad reflection of what society has become.

No…No it’s not, it’s a sad reflection of what the media, the frightened, the paranoid and the power hungry would have us believe. The facts are these; we had a peaceful night in a lovely spot. Birds came to our bird table and we scavenged some firewood from the surrounding area. We exchanged pleasantries with some local people and no-one fire-bombed our boat or mugged us at knife point. No different to anywhere else we’ve moored. Our only excuse for our unjustified wariness is the relentless threatening presence those urban ugly sisters, graffiti and razor-wire. 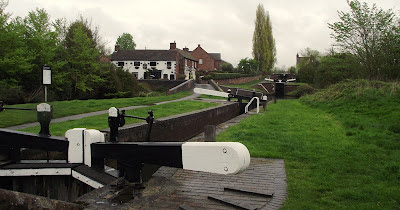 We stopped outside the glass factory museum, warmed ourselves up with a shower and a hot chocolate and watched it rain all afternoon, then did the remaining 4 locks the following morning. At the bottom we turned left into the Stourbridge Town Arm and followed it to the basin at the end where we turned round before mooring up for a look at the town. 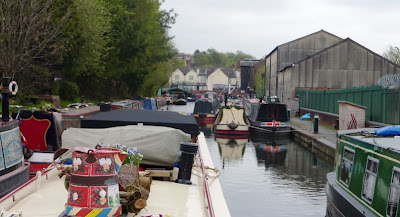 Dave used to deliver steel to a big stockholder right by the basin when he first started trucking 20 odd years ago and remembered seeing the boats tied up. The steelworks have long gone- there’s nothing left but the empty shell of the weighbridge - but the canal has flourished, the wharf offices have been renovated and the basin is a busy boatyard with so many boats there’s only just enough room to wind. 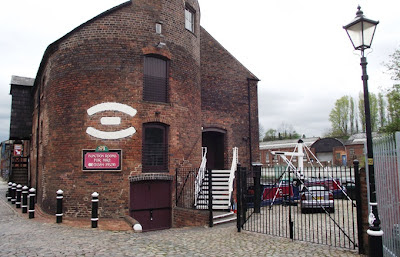 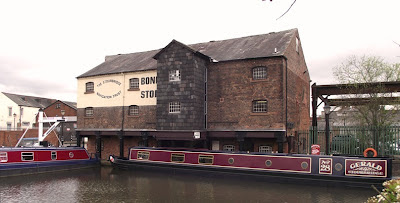 After unloading at the steelworks, Dave would drive past the end of Canal St in his artic at silly o-clock in the morning, look longingly down the cobbled street to the wharf and promise himself he’d bring his own boat there one day. A lot of water has gone under a lot of bridges since then, but he got there.

Back on the Stourbridge Canal we did the final 4 locks down to the Staffs and Worcs and tied up just off the junction on a 5 day mooring. 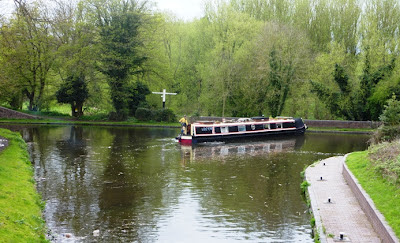 Perfect. We were in two minds about going south to Kinver with the boat before starting northwards, but in the end we went for a walk down the tow-path instead. On the way is Stewpony Wharf, packed with fab stuff for the canal maniac; a hexagonal toll house, 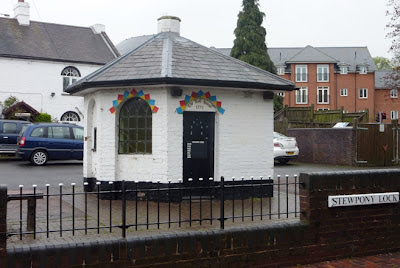 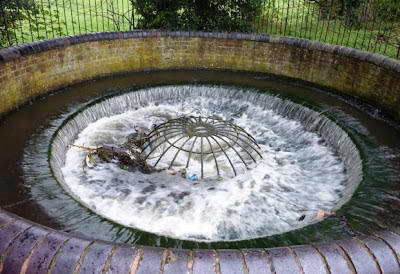 and this gorgeous bridge. 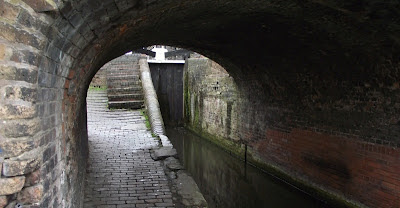 The little Dunsley Tunnel is a strange affair, hewn from the sandstone and quite low. 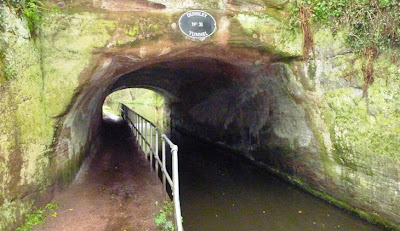 The sign says 1.89m, which would mean having to take stuff of the roof, so it’s just as well we walked. We needed a 5 day mooring where we felt Legend would be safe as we were charging around the country in the car for a while; first to the dentist and then down to visit Dave’s sister Kate in her new house in Newlyn, near Penzance. We’d arranged to meet Anne at Chloe’s in Daventry and take her with us. It all sounds manic, and it was, but it does make sense, honest. Kate’s visit was a belated birthday celebration; we had a lovely day beachcombing, (Ann-Marie made this penguin – a copy of the one that Dave made in Oz) 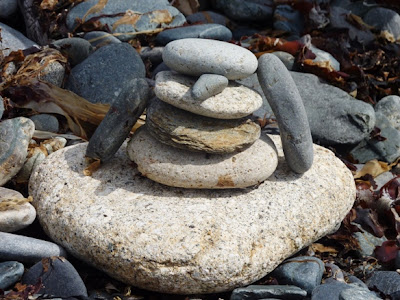 and milling around Penzance shops and cafes, then in the evening went for a super dinner followed by a jam session in a pub; lots of very good local talent taking it in turns with everything from The Beatles to George Michael, including a stunning ‘All along the Watchtower’. It was like Hendrix was in the room.

It was lovely to see Kate happy in her beautiful little cottage, but sadly we only had one day - since we’ve retired we don’t have time for anything – so the next morning we said goodbye to Kate, hurtled back up to Chloe’s where we said goodbye to Anne, then back over to the Staffs & Worcs. We left the car at The Bratch at Wombourne, our next mooring spot, and walked back to Legend. We were back on board by 7pm, not bad going. We’ve decided to adopt that pattern of moving for a while; always having the car ahead and walking - or cycling - back for the boat. We’ve got to abandon our ‘not very far, not very often’ policy and get a shift on for a bit; we want to be up on the Llangollen Canal, (or ‘The Welsh’ as old boaters called it) at the end of May. Mandy & Chas are coming for a visit and we want to take them over the Pontypontycyclisty aqueduct and we’ve got our booking on the Ribble Link for the 19th July. This boating lark is all go isn’t it?
at May 07, 2012