"Well up the Shroppy" describes our situation perfectly.
When we got back from Bristol we went through The Bratch 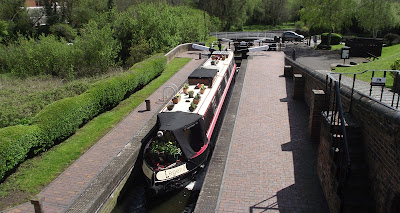 and followed the Staff & Worcs, past Tettenhal where our mate John used to moor, 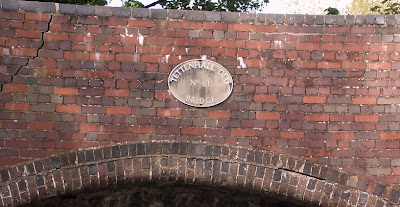 up to Aldersley Junction where we turned off onto the Shropshire Union. 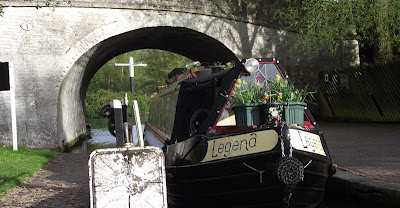 The signpost says Chester and ultimately this canal goes to Elsmere Port, but we’re only going as far as Nantwich where, after a little meander to Llangollen, the Middlewich Branch will take us east to the Trent & Mersey. The southern end of the Shroppy has a very distinctive look about it. Originally the Birmingham & Liverpool Junction Canal, it was built by Thomas Telford in 1835, quite a bit later than the Staffs & Worcs, and with all the engineering skills that had been learnt to date. Bold cuttings and embankments take it in straight lines across the countryside; a super-highway of its day, and result in both spectacular views and high sweeping bridges. 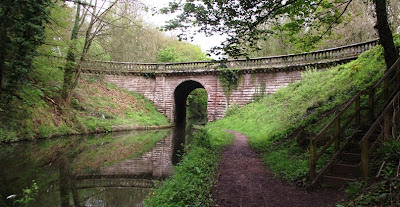 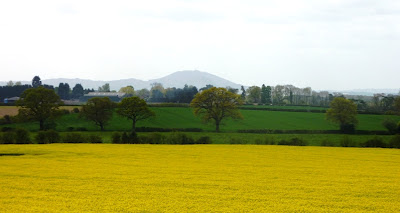 When we got to Brewood the visitor moorings were all taken so we went through the bridge and moored up at the first available spot, which just happened to be opposite these two boats. 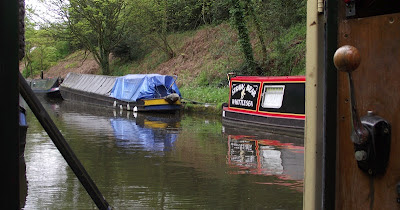 The old working boat under the blue tarp is called Lynx. This is what she looks like without the covers. 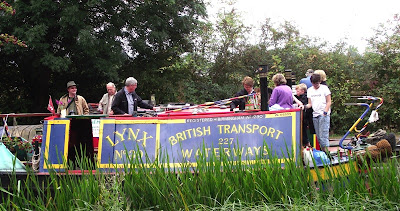 Lynx and Straw Bear belong to Fred & Sadie, who we know through Pig Dyke Molly. Straw Bear spends the winter at the end of Sadie’s garden on the River Nene in Whittlesea. In the spring it makes the long trip up through Northampton and Birmingham to Brewood where they swap it for Lynx and go cruising. We had the privilege of being aboard Lynx when she went down the Anderton Boat Lift a couple of years ago. 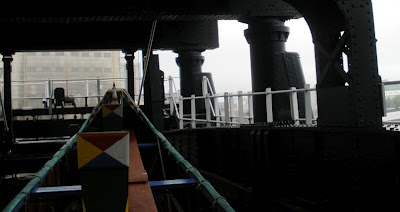 Hopefully we’ll have enough time when we’re passing to give Legend a go on it and a couple of days on the River Weaver.

After Brewood (and in need of a lick of paint), there is the very ornate Stretton Aqueduct over the busy A5 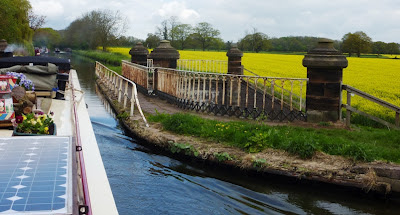 followed by the only lock for miles at Wheaton Aston, which due to being the first, and often only, lock encountered by day trippers and hire-boaters provides lots of entertainment . Out next stop was Norbury junction – very pretty and touristy with a pub, café, gift shop, chandlery, hire base and nicely restored BW offices - but not much of a junction anymore as the Newport Branch which used to go off from here is now just a short arm to a dry dock where the first lock used to be.

The next afternoon Elizabeth and Pete came aboard for a little trip with their 3 beautiful girls. We rolled the front covers away and took them up to Shebdon. In the space of a couple of hours we passed under the famous High Bridge, one of the most photographed icons of the canals, and made short work of an Ann-Marie chocolate cake, one of the most looked-forward-to icons of our boat. 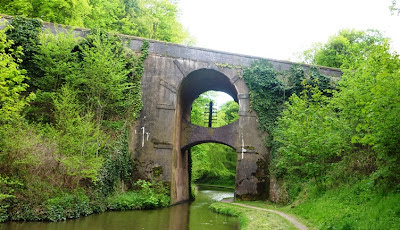 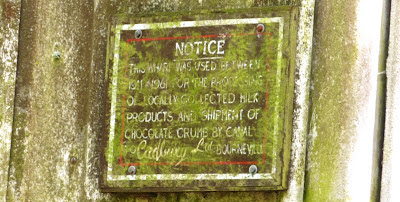 It could do with a good scrub, if you can’t make it out it reads “This wharf was used between 1911 & 1961 for the processing of locally collected milk products and shipment of chocolate crumb by canal to Cadbury Ltd Bourneville”. It had to be done. 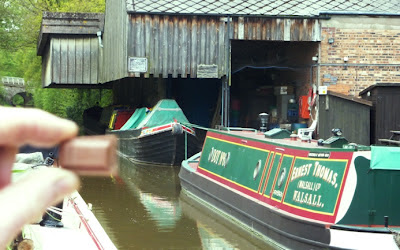 After that came the vertically sided sandstone cutting at Woodseaves 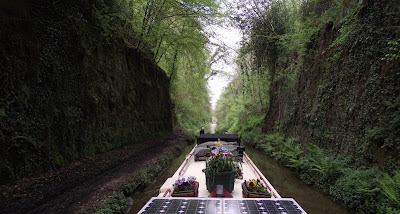 (over a mile long and dug with shovels and wheelbarrows) followed by a lovely 48hr mooring at the top of Tyrley locks just before Market Drayton. There’s a car park, a sanitary station, a winding hole and some permanent moorings here; when we’re too old and knackered to be continuous cruisers any more this will do nicely. Our part of the journey was lovely, thankyou for sharing it! (Not to mention the chocolate cake, which certainly didn't last long!)