With Legend moored for more than just one night at Scholar Green, we had the opportunity to do more than just boat and car moves. Dave got a message from Brian saying that Jason on Nb Bargus - one of the Four Counties Fuel Boats - would be single-handing up Heartbreak Hill on the Tuesday morning and would appreciate someone lock wheeling for him if we could spare the time. Dave jumped at the chance. We have developed our own spheres of expertise when it comes to locking. Dave steers the boat and Ann-Marie does the majority of the lock wheeling, which means we get many comments from gongoozlers about Dave loafing about on the back while Ann-Marie does all the hard work. Although that is true, we are perfectly happy with the situation. Ann-Marie gets claustrophobic in the bottom of a lock and loves the chance to chat to people up on the lock side, while Dave is much more at home out of earshot, and he puts his fair share of physical effort in when it comes to firewood.

Incidentally, the term “Lock Wheeling” we think comes not from the act of turning a windlass to open paddles, but from the working boats, when they would use of a bicycle to get back and forth between the locks on a flight, in order to set ahead, close behind and keep the boat moving as swiftly and efficiently as possible. During WWII the “Idle Women” had a crew of three on each pair of boats; one on the motor, one on the butty and one whizzing up and down the towpath on the bike.

Anyway, back to Nb Bargus on Heartbreak Hill. Dave was keen to help because it meant he could get to do the locking for a change, so he was up and six and, windlass in hand, off down the flight to find Jason. As he got further down it became apparent that someone had got their wires crossed as there was no sign of anything moving. Dave phoned Jason a couple of times, but it went to voicemail and he eventually reached Wheelock without finding him. Later that day, he found out that Jason had gone up on the Monday and would indeed have loved having someone to help. Oh well, at least Dave got a nice walk and Ann-Marie got him out of her hair for a while. She turned our Halloween pumpkin into some very nice soup, and we spent the afternoon cosied up with a fire and a film while it got all wet and windy outside.

It was still windy in the morning, but we went out anyway; along part of the Gritstone Trail and up Mow Cop where we nearly got blown off the top. 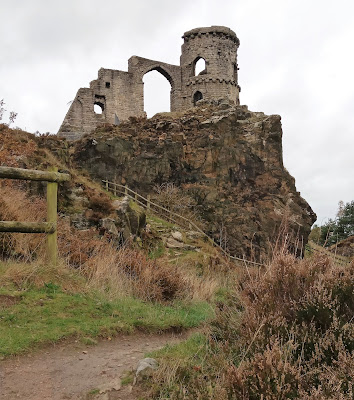 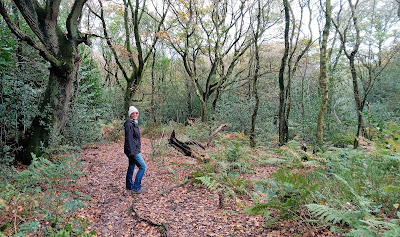 When we got back, we found out that Chloe had fallen off her horse and broken her collar bone, poor love. From the x-rays it looks like she may need surgery and a plate to put it right, so she'll be in our thoughts for a while.

While we were stopped Dave got the last bit of painting done on the swan neck, when that’s dry he can get the Turk’s heads cleaned up and whitened and the anchor back in its stowage place and we’ll be back to normal.

You won’t see pictures of the visitor moorings in Congleton on a chocolate box or a jigsaw. “Handy for the shops” is about the most glowing anyone has ever got in describing the stretch of canal that sneaks, unnoticed, through a gloomy cutting and below a motley collection of bridges near the railway station. It’s a shame because it’s quite a nice town. We moored just south of it at Henshall’s bridge where we found some marigolds and cape daisies in the hedge, no doubt abandoned by summer cruisers on their way back to their marina. Ann-Marie re-homed them with the nasturtiums which, considering they’d had at least one severe pruning and it was now November, were still looking quite good.  The next day we boated through Congleton and across the aqueduct over the disused railway line to moor up on the offside in an old railway loading branch. We’ve moored there before and love it. It’s quiet and secluded with plenty of space and even a bench. If we’d had more time we’d have stayed for much longer, but with Bosley locks only opening on Friday, Saturday and Monday each week, we had to crack on. The next day was a Sunday, so we had an early start and took the car to the middle of the Bosley flight followed by a lovely walk back along the Dane Valley way and a bit more of the Gritstone Trail which took us up and over The Bosley Cloud. It was fabulous to be up there and although it was a bit hazy, the views from the top were terrific. 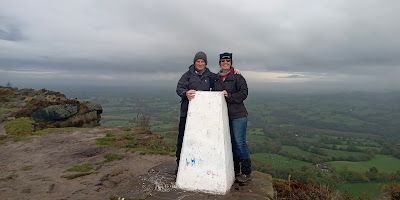 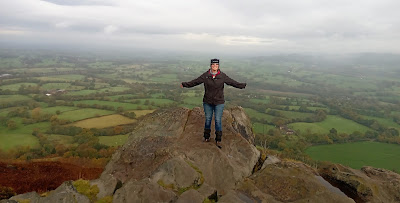 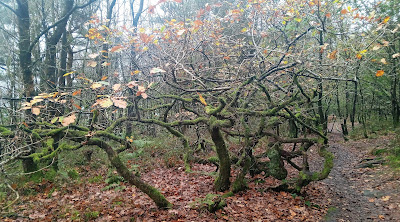 We pulled the pins and set off as soon as we got back and almost made it to the bottom of Bosley locks before it started raining, ready for our climb up the flight the next day. The locks were open and manned from nine till four, but we had to go off for an appointment first and didn’t get back to Legend until after eleven o’clock. As we were walking down the flight from the carpark, we met the volunteers who were working Adam on Nb Saramanda up the flight. We had a quick chat with him as we passed and found out that he’d only had his boat for six days and had single handed it from Nantwich. Talk about a steep learning curve! We told Adam that we’d be on our way up soon and we’d see him at the top. One of the volunteers reminded us that the last entry was at one o’clock and they locked up at four, no doubt worried that we might make him late for his tea, but unknowingly laying down a gauntlet. When it comes to boat handling, every day is still very much a school day, but we’ve been at this for quite a while now, and with four thousand-odd locks behind us we’ve got a few slick tricks up our sleeves. So they were a bit surprised when, having done eleven of the twelve locks by ourselves, we popped up behind them just as they were locking the top lock, not long after Saramanda had come out of it. 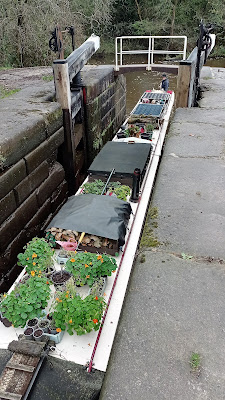 Halfway up with The Cloud in the background. 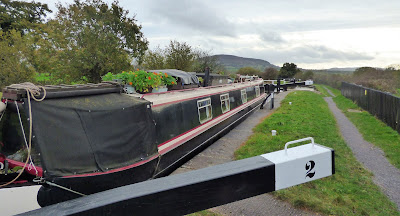 Nearly at the top.
We had thought we’d carry on, but after making full use of the services at the top lock we changed our minds and decided to stay put till the morning.  Our next stop was at Gurnett Aqueduct on the outskirts of Macclesfield. We stopped there for a few days while we caught up with all the little jobs on the To-Do list, including an oil change, so there will be fresh oil in the Lister while were not using it. We also went to see Brian and Ann Marie at Bollington Wharf to finalise arrangements for leaving Legend there while we go away. We now just have a huge packing list of stuff to take for seven weeks away - including Christmas and New Year in a foreign country - and another list of things to do to winterise the boat.

So no, Dear Reader, just in case you were wondering, after nearly twelve years of idly messing about on the water, we still haven’t Become Listless.

Our last bit of boating in 2022 was from Macclesfield to Bollington where, with an enormous sense of achievement, we tucked Legend in at the wharf. 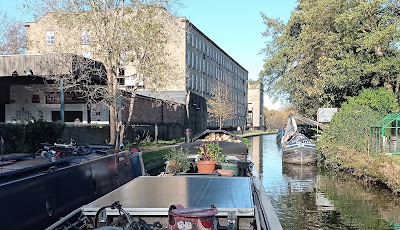 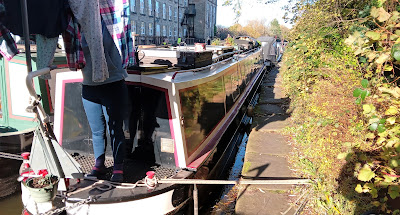 Legend having a rest for a while.
On more than one occasion, with all that had gone on over the year, we hadn't honestly believed that we'd make it, but here we were. We could go off to stay with Frankie and Harry and our gorgeous grandchildren till the new year and not worry about the boat.
On our final walk back for the car we had a short, sharp climb up White Nancy and along the Saddle of Kerridge in the gorgeous November sunshine.. 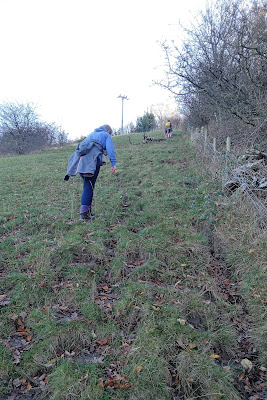 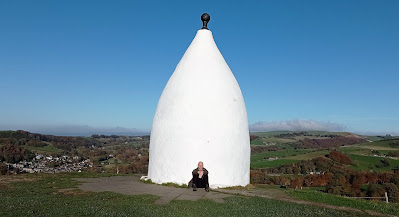 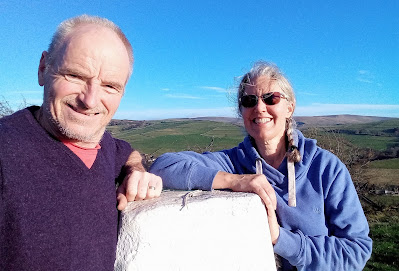 We're going to put the blog on hold till we get back, so we'll take this opportunity to wish you all a very Merry Christmas and a Happy New Year. We'll see you in 2023.