Happy New Year one and all!

Our New Year Resolution is to resurrect this blog after four months of nothingness during which you, Dear Reader, have been rudely forsaken with not a clue to our whereabouts or what jolly things we have been up to. Some of these we'll expand upon in due course, but for now here's a brief synopsis of the our travels to date.

We retraced our steps back down the Lee and through London, this time via Bow and Limehouse Basin. 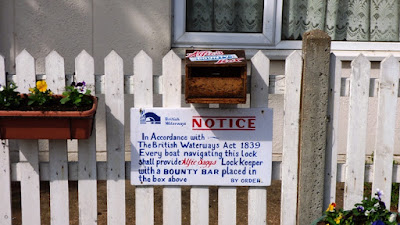 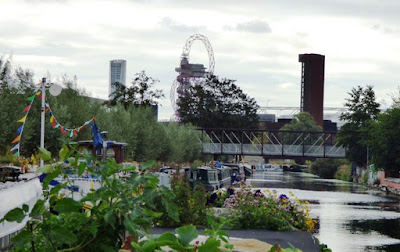 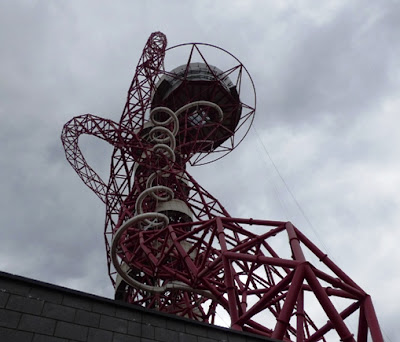 The slide in the Noodle. We went down that! 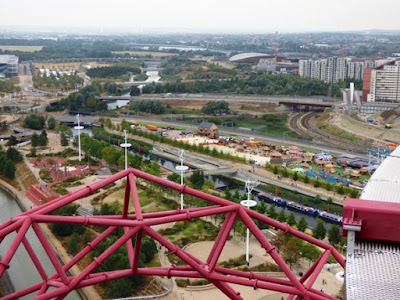 The East End from the top of the Noodle. 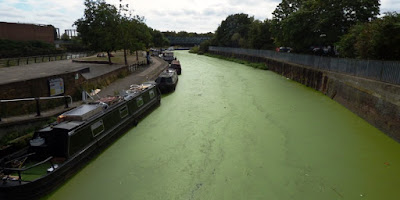 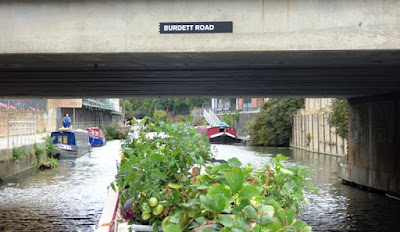 They named a bridge after us. 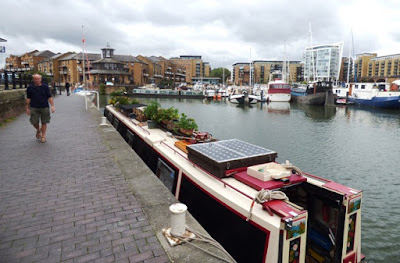 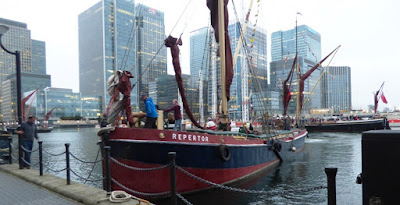 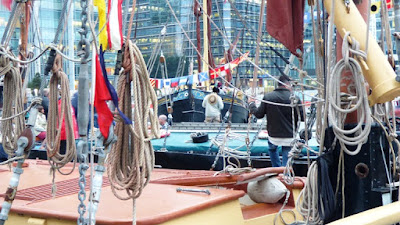 After not very much deliberation at all we decided not go down to Brentford on the tidal Thames...

...but instead to go back to Little Venice and the Paddington arm before heading up the GU towards the Midlands.
As summer turned to autumn we wound our way northward... 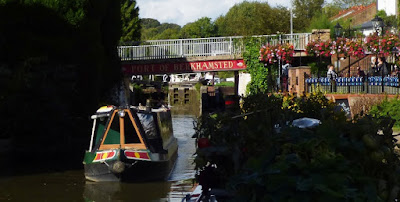 A lovely welcome to Berko. 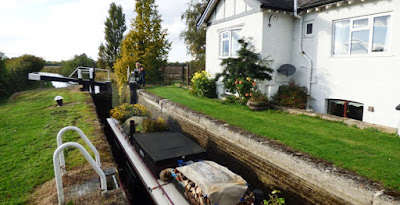 Narrow locks take us down the Aylesbury Arm. 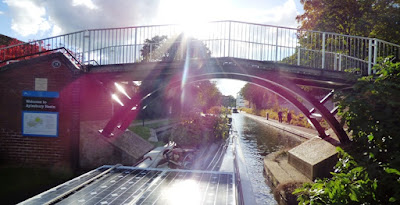 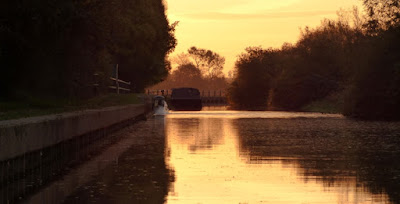 Just below Stoke Bruerne at dusk.

...then, in a replay of last year, we worked Legend back up Buckby locks jut before they shut for winter maintenance.

While all this was going on, Chloe was advancing relentlessly towards motherhood, and on the 18th of November while we were still at Norton, our grandson Caleb James Shand made his arrival into the world. 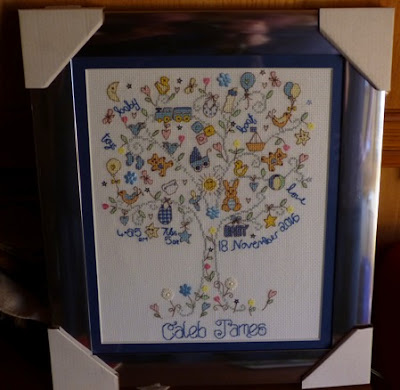 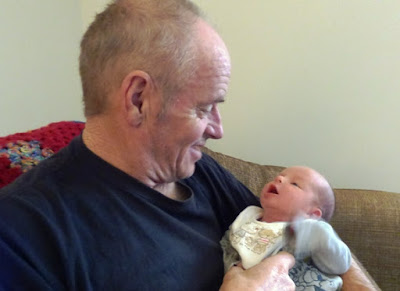 Because we enjoyed it so much last year, our plan was to once again spend Christmas at Welford with Lindsay and Paul, so after a fortnight at Norton Junction, and with Bob and Mandy on Matilda Blue right behind us, we turned right and made our way up the now familiar Leicester Line again. 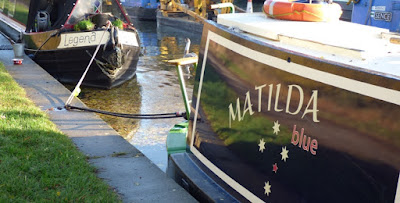 We stopped to kick our heels for a while at the top of the Watford flight then Bob and Mandy carried on to their winter mooring at Debdale Wharf.

For the week before Christmas we had a Holiday cottage in the Forest of Dean with Mum, Dad, Karen, Andrew, Alex and Ben to celebrate Mum's birthday and have a family Christmas Day, allbeit a week early. 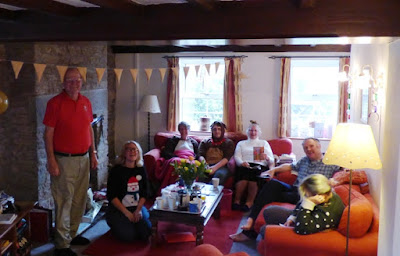 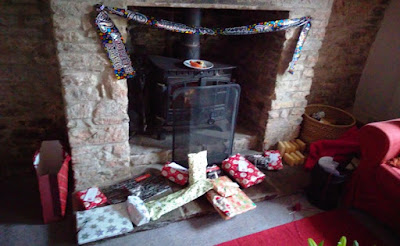 Between all the yummy food we managed a day out in Chepstow and we even ventured into to the forest for a couple of walks. 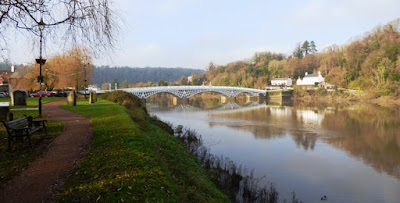 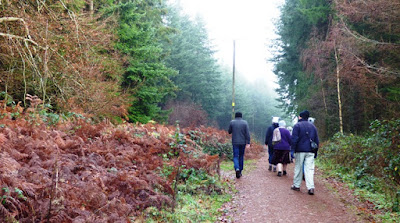 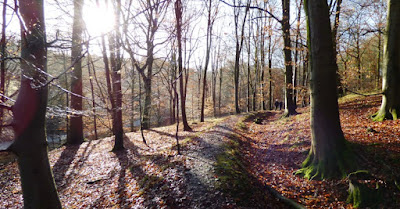 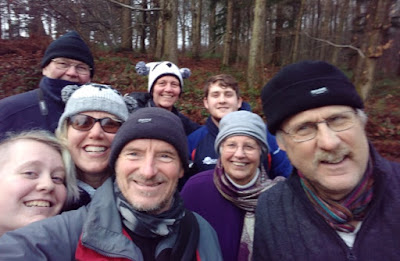 Having a happy day out in the forest. 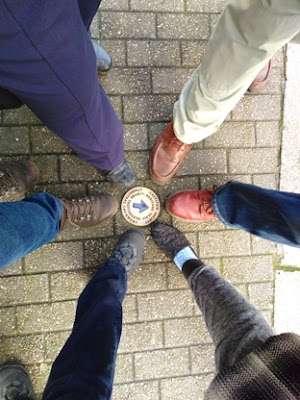 Frankie, Harry, Chloe, Shandy and Caleb were all coming to stay on Legend for two nights between Christmas and New Year. So that's six people and a baby on a 57' narrowboat. 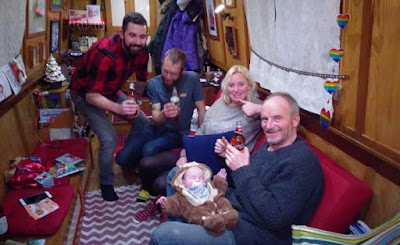 Luckily Lindsay and Paul just happen to be the most generous couple in the world and they offered us their spare bed. Fabulous. Two happy boats having a lovely Christmas and baby cuddles at Welford.
Except we weren't at Welford. To cut a rather long story short, we had a four day cruise and moved both boats to the bottom of Hillmorton locks, just round the corner from Lindsay and Paul's new mooring and had a lovely Christmas and baby cuddling time there instead. 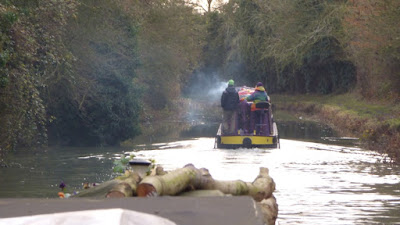 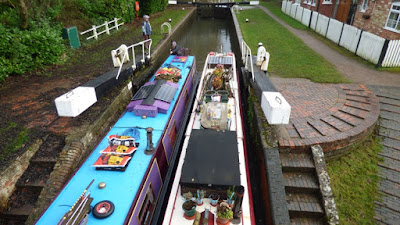 On New Year's Eve Legend was still at Hillmorton and Dave's Sister Kate was on board for the night. Kate had been our first overnight visitor, coming to stay about four weeks after we bought the boat and she hadn't been back since, so it was all very different from the last time she saw it; talking to her reminded us just how far we've come and how we've made this little tin box into a beautiful home.

After nearly a month of dashing about visiting folk and celebrating birthdays, Christmas and most of all Caleb, the excitement was all too much; by the time Big Ben announced the end of 2016 we were already in our pyjamas. We had a quick look out to see Rugby apparently in the grip of an air raid, then had a New Year hug before gratefully diving into bed.

We started 2017 with a very wet drive over to Wrexham to deliver Kate to the embers of a Wood cousin party. From there John and Linda would take her back to Exeter with them the next day where she could board a train home to Penzance. If the party embers were anything to go by, the main event must have been a blast. We left at around 6pm having eaten far more than necessary and with oodles of hugs, kisses and promises to visit all round.