As if by magic we’re back in Preston. As planned on Friday evening, Steve & Lesley came along to Bolton-le-Sands, although we’d forgotten that at this time of year 8pm is way after sunset, so they made their way down the towpath by torchlight and didn’t see the outside of the boat till the following morning. We’d been so enamoured by Carnforth railway station we had another go at it with Steve & Lesley. That was followed by a very pleasant afternoon’s boating with them on board; first through Hest Bank with its views over Morecambe Bay, 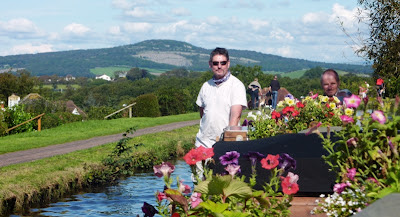 then over the magnificent Lune Aqueduct and into Lancaster, mooring up just after the Water Witch pub. Despite Dave’s best attempts to sabotage dinner by launching the Moroccan Chicken off the edge of the wood burner, we had a very agreeable evening. On Sunday we returned to Kendal where Ann-Marie bit the bullet and chose a pair of Keen walking boots. So now we’ve got no excuse for not going for a walk. We picked up Steve & Lesley’s car on the way back; they headed for home later on, managing to remember everything apart from Lesley’s shoes. Not bad.

Then it rained. Relentlessly for 36 hours. 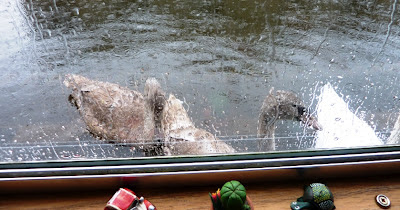 We needed to be in Preston on Friday, as that was the only time the boat yard was open and we wanted to fill up with diesel before we cross the Ribble. It didn’t stop raining till Wednesday morning and we were still in Lancaster 30 miles away. Drastic action was required, so while Dave had a really easy time standing on the back of the boat, Ann-Marie, in true hero style, drove and cycled up and down the A6. First to Bilsborrow and back up to Garstang, where we spent Wednesday night, then from Bilsborrow to Preston and back up to Catforth, where we spent Thursday night. As well as putting in all the hard work, she got stung on the neck by (we think) a wasp, which, as if all the cycling wasn’t enough, knocked her for six for a day and a half. Today – Friday - we got to Ashton Basin just after mid-day; Dave backed in and we put 105L in the tank. The last time we filled up was from Brian & Ann Marie’s boat in Middlewich, so we don’t think that’s too bad.

At the moment Legend is on the visitor moorings at Cadley in Preston. Well, almost on the visitor moorings. To our annoyance there is a boat on the only 14 day spot, that was there when we came here 2 months ago, was still there when we came to see Bosley off, and looks like it’s going to be there forever. We wouldn’t mind so much if there were other places to moor round here, but there aren’t. So we’d like to apologise to the world for mooring on the water point.

We’re off to Anne’s in Chesterfield tomorrow morning, and then on the way back on Sunday we’ll pop into Buxton to see Wiltz & Annie and pick up Dave’s camera. When we get back to the boat we’ll move round to the basin at the top of the Millennium Link ready to go down the staircase locks at 8am on Monday. It takes just over 2 hours to get down the link so we should be out on the Ribble around 10:30. High tide is at 12:30 and it’s 9.5m which is really high. We’re not sure whether that’s good, as we’ll have more time, or bad, as it’ll be going out faster when we get to Tarleton. Guess we’ll find out. We’ll just follow Harry-the-Lock-keeper’s advice again and go like the clappers. The weather forecast at the moment predicts a 14mph sou’westerly and no rain; that’s pretty good compared to what’s been going on recently.

We’ve had a wonderful time up on the “Lanky”. Here are some more photos. 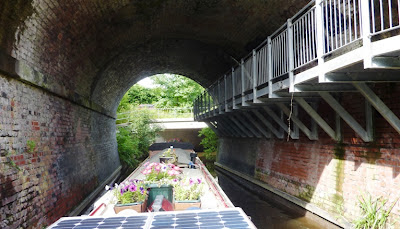 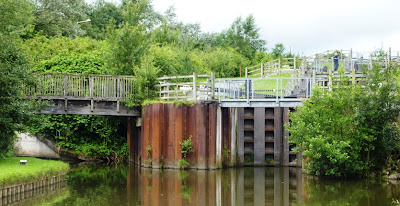 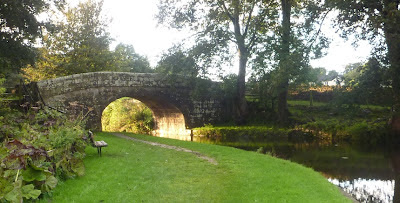 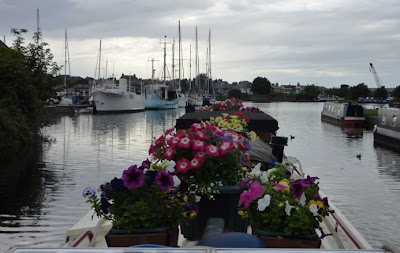 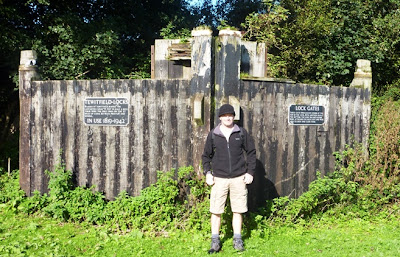 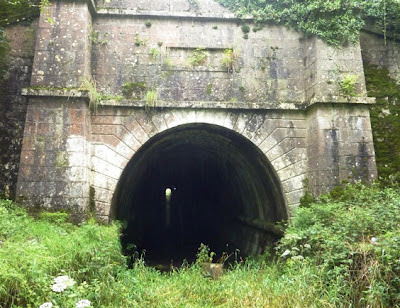 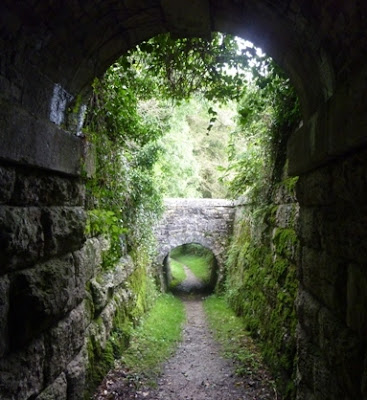 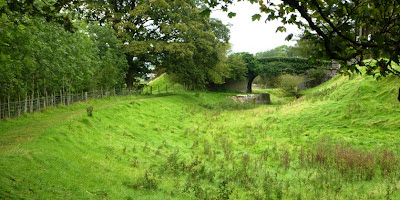 Can't you set the boat police on the naughty people who out-stayed their welcome?

Yes we could, but they don't really have any teeth and once we've had a little rant on here it's out of our system and we revert to being chilled.
How were the muffins, by the way?