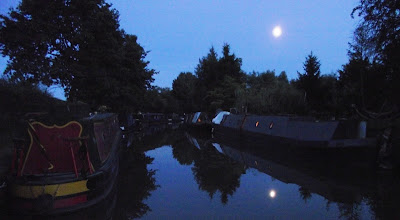 We moved on from Cropredy, had a couple of nights Banbury town centre, left Kim and Luke boat-sitting while we went to Frankie’s for her birthday and are now at Nell’s Bridge, just north of Aynho.
This is the view. 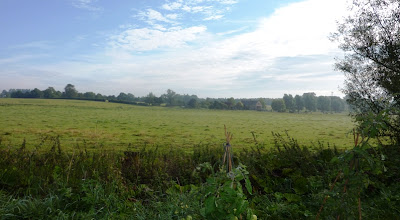 The M40 is just over there; we can hear it but it's not too bad. There’s a rare breed pig farm on the other side of the cut that sells eggs and sausages – we might be here for a while. There’s also a big secluded layby next to the bridge where we’ve parked our car and Ken the campervan, which we thought we’d sold but haven’t. We’re busy doing a tidy-up job on him and the layby is perfect.
Aboard Legend we now have these 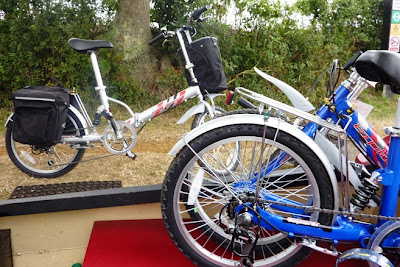 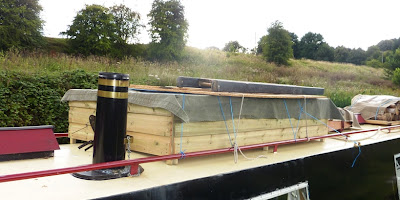 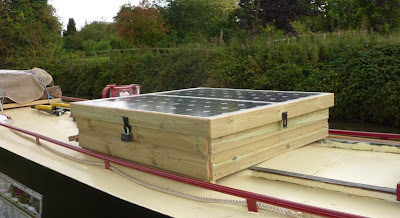 The idea behind the solar panels being on a box lid is that they can tilt in any direction to make the most of the sun and still be locked to the box, which in turn is bolted to the roof. It’s a work in progress at the moment, but it does look good and has interested several other boaters.
When we moved from Banbury, Dave’s sister Anne came to stay for a night. (It’s the first time she’s been aboard; we think she’ll be back.) 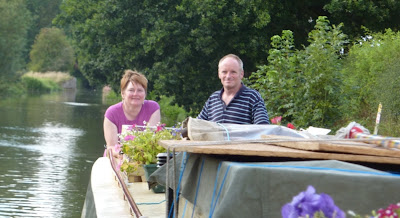 Kim and Luke were visiting again that day and Coops just happened to be in the area, so by the time we got here there were six of us. We don’t need a better excuse than that to get the barbeque out. It was a beautiful evening; after dinner we had marshmallows then the barby turned into a little camp fire. 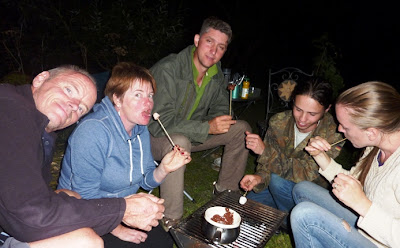 Sitting beside our boat, with our friends, round a campfire. We really suffer for our art, don’t we?
at August 25, 2011