Moored up in Brighouse basin with all their lovely planted tubs made us realise that the flowers on Legend’s roof were past their best and getting very straggly.  Ann-Marie set too with the scissors and just like that another summer was over. And it has been a bit like that. All of a sudden we’ve got the fire going and we’re wearing buffs and boots instead of sun-hats and sandals. Not that we’re complaining, we’ve had a magnificent summer; we’ve walked for miles in the sunshine and had lots of long warm evenings sitting out in the well deck. Like everyone else we’re hoping for another few nice weeks in October, but for now we’re very grateful, thank you.


We left Brighouse with our local guide Jono on board and boated up to Elland. As we cruised along the cut he pointed out all the old mills and buildings that he used to remember working when he was a kid. We stopped at Brookfoot lock in the entrance to a now disused connection with the river, and Jono’s wife Nicole, who works nearby, came to join us for lunch. It was all very lovely. At Elland we moored up in the basin behind the Barge & Barrel after a very pleasant day. We were especially pleased when Jono complimented us on our relaxed approach to it all. We in turn were honoured to have such a fine guest aboard. When she’d finished work, Nicole came along in the car and took him home. Jono and Nicole have nicknamed us “Water Zegeuners” which is Dutch. We have got our own back by making jam from the rhubarb they gave us, putting it in the jars they gave us and selling it.

That evening our social life continued as we were invited to Dan & Hilly’s for dinner. They live in a beautifully converted stable near Halifax and we had a marvellous evening round their dining table.

The following day, to complete our social hat-trick, Anne came up from Chesterfield for a day on the boat. We didn’t go far, just four locks before lunch into Salterhebble Bottom Basin, 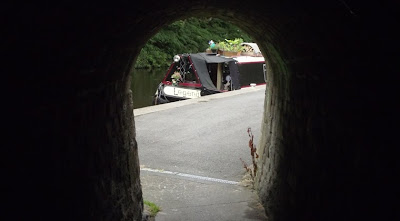 then an afternoon of rainy day games before walking back to the car. We don’t often get to see Anne properly, we’re either just nipping in to collect our mail on our way to somewhere else, or she’s got a house-full and we hardly have chance to say two words to each other. Having just the three of us in the boat for the day was lovely.

There are three locks and two basins at Salterhebble but the middle lock leaks so badly there is never enough water in the top basin. When we were there it was a good 4’ down in the mornings before the lock keeper turned up. 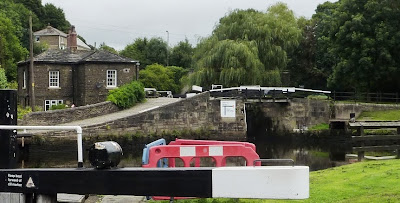 They keep the top gates locked unless someone has booked to go through. Having to moor in the bottom basin, although very pretty, is a bit annoying as the sanitary station is in the top one; if you want to empty your Thetford you have to carry it across the gates, (Dodgy!) or trundle it over the cobbles to the bridge over the top. (Not ideal either.)

Above the top lock there is a lovely lock keepers cottage and a T junction. Left takes you towards Sowerby Bridge, while to the right is Halifax. Well that’s what the sign says, but it hasn’t gone to Halifax for many a year. After about 300 yards, the branch that used to go up 14 locks into Halifax terminates rather abruptly in the grounds of a Premier Inn; or rather it would do if there were any water in it. At the moment a temporary coffer dam has been erected, after which languishes an old tyre and rusty bike strewn ditch.

What happened was this; there is a dry dock off to one side of the branch. To empty the dry dock there is a sluice gate leading to a culvert which goes under the canal and into the river. At some point the culvert collapsed and all the canal water disappeared through the hole into the river. It must have been quite a disaster when it happened as the 2½ mile pound to the next lock – lock 1 on the Rochdale Canal - includes Sowerby Bridge Basin which is home to Shire Cruisers hire fleet as well as several dozen private boats. A footpath follows the line of the Halifax Branch, if you look closely there are still some bridges and lock chambers to be found. 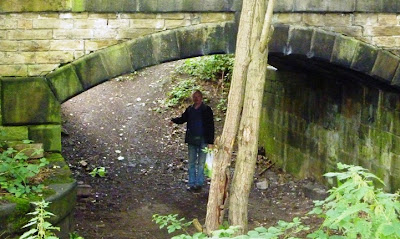 We followed it into Halifax and had a walk around another grand northern town. It’s got some truly amazing buildings, and its history tells the fascinating story of a spa town, frequented by the aristocracy, which saw increased industry deplete its spa waters and was then completely overrun by the industrial revolution.  Like Leeds, the covered market is an architectural wonder which the local population never give a second glance to, and which has a stall that does fantastic home-made lasagne to go.

At 10 the next morning we arranged with the lock keeper to go up through the top basin out onto the last stretch of the Calder & Hebble. Two other boats were coming down so we did it all in one go, losing as little water as possible. Getting three boats through the very low pound was tricky, but it all went ok and we were out above the last handspike lock in no time. We’re not sure whether to keep our stick for prosperity, or sell it, or burn it. Just for the record; there are several locks on the Calder & Hebble that you don’t need a handspike for, indeed most of them can be got through with just an ordinary windlass and a goodly helping of grunt. However, there are one or two (including the last one) which only have handspike capstans, and having an extra length windlass makes the job an awful lot easier on the rest.

By 11 we were in Sowerby Bridge and had luckily managed to acquire the only 72 hour mooring available, which was good because we wanted to leave Legend for a couple of days while went off to Keighley to see David & Kate. Jono & Nicole came over to the boat for lunch - we knew we hadn’t seen the last of them - then very kindly ran us back to our car.

We were planning to go to Saltaire festival with David and Kate on the Sunday, but the weather forecast was dismal and correct so we stayed in and did indoor things instead. It was good to spend some time with them, especially as it won’t be long before we’re too far away for a quick visit.

Leaving Sowerby Bridge was interesting to say the least. As it was a bit windy we decided that rather than try to turn in a crowded basin we ought to reverse out and turn into the Rochdale. It went ok to start with but just when we got to the junction the wind caught the bow and pushed us over to the other side. That wasn’t very helpful but we’d have been in a bigger mess if we’d turned in the basin and come out the other way round; the wind would have just pushed us past the junction. After we got ourselves sorted out we were straight into the first three locks, the third one being the infamous Tuel Lane. After the Rochdale canal became derelict locks 3 and 4 were filled in and a big road junction was built over the top, effectively severing the canal from the Calder & Hebble Navigation and, in the 1990s, becoming one of the major problems for the restoration program. The solution they came up with was to tunnel under the junction and build a double height lock on the other side.

At 19’8” Tuel Lane Lock is the deepest canal lock in the country. It certainly feels deep when you’re in it. 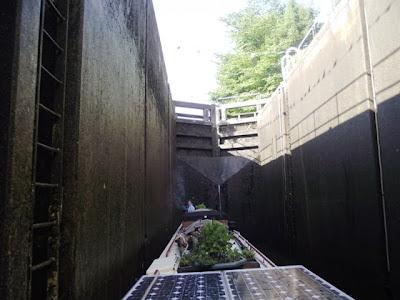 It is very impressive - a triumph of engineering – and people come especially to see it. 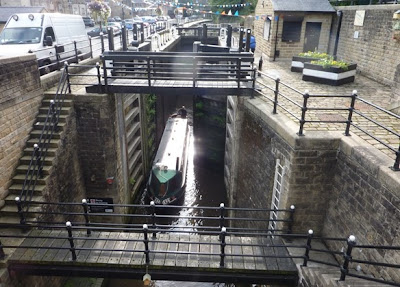 The lock keeper is justifiably proud of it and told us quite a bit about its construction and history. Sadly, as he pointed out, it’s let down by the very leaky lock 2 just below it, which can quite happily lose a pound full of water overnight and makes his job a great deal harder. It takes the shine of it somewhat, but there are plans to change the gates this winter. Anyway, it is another tick on our list of things to do on the waterways. We spent the rest of the morning dodging the rain on the way up to Hebden Bridge. Just before we got there, between locks 7 and 8, we came across another very low pound, in which we managed - through a lack of sensible communication, coupled with there not being a tunnel on the map when there clearly was one directly ahead of us - to ground our boat. With both the boat hook and the big 13’ pole deployed we eventually succeeded in re-floating it, but not without a lot of effort and a fair amount of profanity. After such a hectic boating day it was nice to get to Hebdon Bridge. The coping stones on the visitor moorings were all being replaced so we moored on the bend just before them and scuttled inside for a very welcome hot chocolate and a film in front of the fire.

The next day was taken up by car moving and recceing for another weekend boat leaving. We reckon Walsden looks ok. It’s the other side of Todmorden and the locks start coming thick and fast up there with quite short pounds, but there’s plenty of water around at the moment, so we should be fine. We’re going away for a weekend camping at Batemans Brewery in Wainfleet where Frankie and Harry had their wedding reception. Paul and Steve are having a joint 60th birthday do there, which is guaranteed to be a good party, and the weather forecast is promising too.

Before we go up there we’re on a lovely mooring for the next couple of days while a band of rain goes past. We’re at Old Royd Lock, just before Todmorden, with a view up a beautiful valley. We had a stroll into Tod last night - enough to whet our appetite; it looked very interesting – and we’ll be back this afternoon.


So far we’re very impressed with the Rochdale, and we’d like to share some of its loveliness. 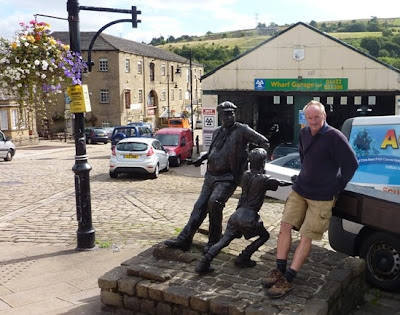 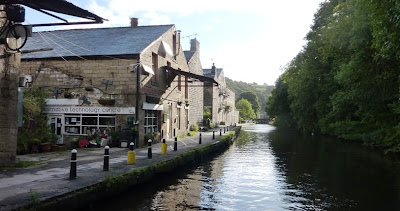 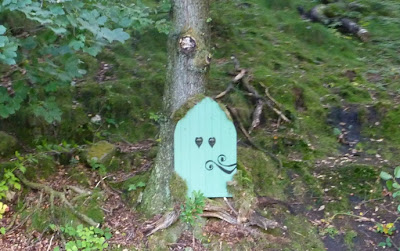 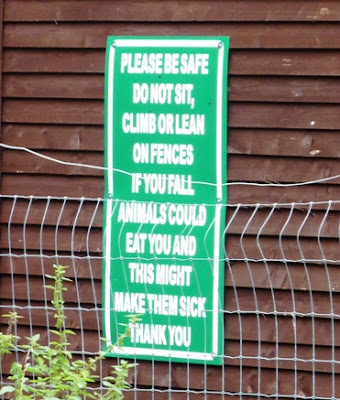 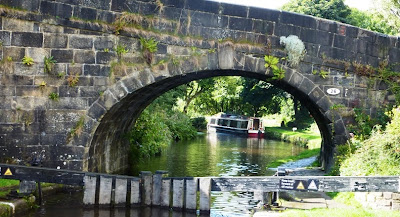