We must have impressed Sue & Steve with our tales of boat life because they dropped into Bolton-le-Sands to visit Legend on their way back from Preston. It was lovely to have them aboard for the afternoon, although at around 7’ Steve is far too tall to actually fit inside our little home. 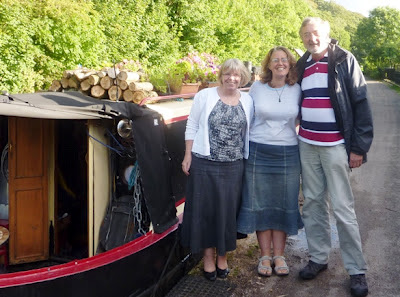 On Thursday morning before breakfast we moved a couple of miles up the cut to Carnforth and stopped on the visitor moorings, right behind the BP garage and Spar shop. Not where we’d usually choose for a peaceful night’s sleep but very handy for shopping, parking and a service point. It’s also really easy to find, being right next to the Canal Turn pub, which was useful, as on Friday David & Kate, two of our dearest friends who we don’t see nearly enough of, came to stay for a couple of days. They arrived just before lunch and in the afternoon we all went into Carnforth to visit the railway station. That doesn’t sound very exciting until you realise that Carnforth Station was the location used for the filming of “Brief Encounter.” We had a lovely time saying “Darling?” “Yes Darling?” to each other and pretending to have a piece of grit in our eye till it stopped being funny. The station café has been beautifully refurbished in the style of the film set complete with wood panelling, cash register and tea urn. No doubt the staff are sick and tired of comments about 1940s prices. Our two pots of tea came with tea strainers and jugs for topping up which impressed us enormously.

We had another night behind the Spar Shop which resulted in everyone being awake at 6:30am when the bread man turned up. Maybe we should have moved on a bit the night before. Oh well, at least we were all up and dressed for breakfast pancakes and a water fill up before setting forth for the northern-most point on the English canal network. The Lancaster Canal originally went all the way to Kendal but in the1960s the building of the M6 severed the top 15 miles from the rest at a hitherto unheard of place called Tewitfield. This is now hallowed ground for canal enthusiasts; if you send the Lancaster Canal Society a photo of your boat at the end, you will receive in return a plaque to commemorate your achievement. Here's our photo. 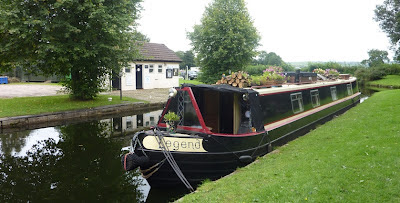 In the afternoon we had a walk up the 8 Tewitfield locks on the other side of the blockage. As you walk up the towpath you are very aware that the 25 yard strip of land that you are on represents 200 years of transport evolution. 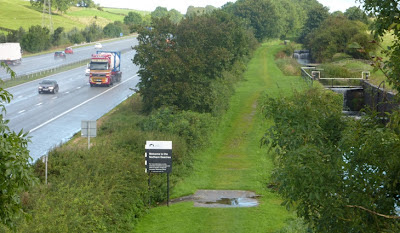 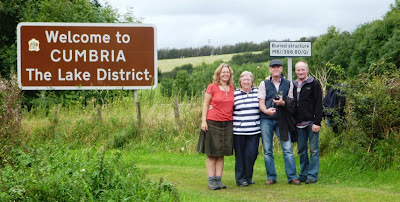 These were the only locks on the Lancaster Canal between Preston and Kendal raising the canal by 75’. The lock gates have been replaced with weirs, but they are in surprisingly good condition; the stonework looks sound and it makes you believe that the society’s target of complete restoration of the upper reaches all the way to Kendal is not only achievable but imminent.

David & Kate left in the evening and we went to bed about 25 yards from the motorway wondering if we’d get any sleep at all. As it turned out a constant traffic drone was easier to sleep through than Mr Warburton banging his roll-cages around in the middle of the night.

With hindsight we should have made turning Legend round a bigger occasion than we did; we simply pulled it backwards, swung the front round and slid off our moorings, heading south for the first time since we went down the Stratford last year. We didn’t go far though, there were some very nice 14 day moorings at Borwick, about half a mile from the end and we had several nights there in the middle of nowhere - our more usual habitat.

The last 15 miles are still accessible by foot; so on Tuesday, armed with a sizable packed lunch and waterproofs we set off towards Kendal. The further you get the more you begin to appreciate the size and complexity of the job the society have ahead of them. The first part is still in water and “only” requires a couple of tunnels under the roads to bring it back into use, 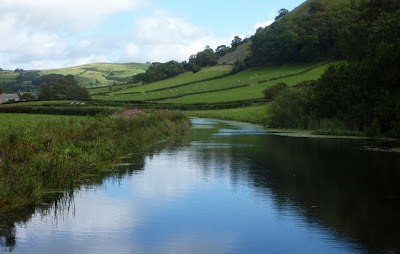 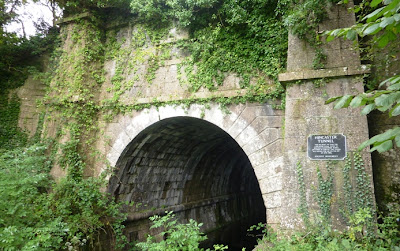 but after that it is just a dry ditch, 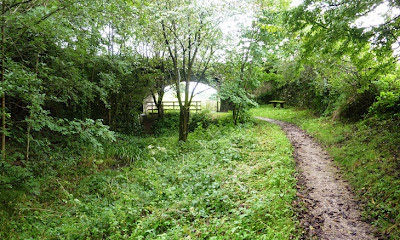 and in some places not even that; 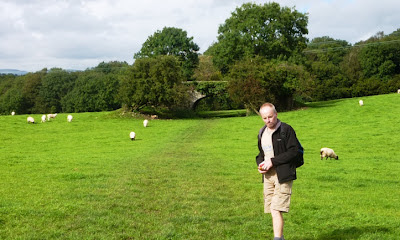 if it wasn’t for stranded bridges in the middle of fields it would be hard to believe there was ever a canal there at all. We have no doubt that it will eventually be restored back to full navigation all the way into a fabulous new waterfront development at Canal Head in Kendal. (Which is at the moment is a waste disposal facility)

We did the whole walk without major incident and caught the 555 back to the boat quite proud of ourselves. We managed to dodge the showers, but the wet grass and muddy footpaths proved to be too much for our woefully inadequate footwear. We spent the evening with our feet in hot water looking at walking boots on the net, then in the morning went back to Kendal in the car and toured round outdoor clothing shops. After a crash course in boot technology and design we resigned ourselves to the fact that you get what you pay for; walking is what we do most and we really can’t expect a pair of jumped up fashion trainers to take the everyday hammer that we put them through. After a whole day of deliberation and soul searching Dave came home with a lovely pair of leather Scarpa Rangers which he’s been fondling ever since, but we have yet to find something that Ann-Marie is happy with. She tried a pair of Keens on and found them very comfortable, maybe we’ll go back.

We go back across the Ribble a week on Monday, so we’re not hanging about going back down to Preston. This weekend Steve & Leslie are coming to stay, we’ll meet them at Bolton-le-Sands and take them through Hest Bank and across the Lune Aqueduct - very picturesque - and moor up for the night in Lancaster. Then, if the weather’s ok, go out the other side to Galgate or Garstang.

Having already been to the furthest westerly point at Llangollen, and now as far north as we can, our next navigational target is Brandon, near Thetford on the Little Ouse River which is the furthest east you can go, followed by the furthest south at Godalming on the Wey Navigation.

Of course there’s a whole country to go at before that.
at September 24, 2012