Goodness! Since the last episode life has been one huge whirlwind of activity for us. Boating wise, we’ve done a simple little trip from Wigan to Liverpool and back, but socially it’s been a non-stop party. We’re publishing it in instalments to make it slightly more digestible.

We started with a long Friday drive down south to join the Wallingford gang for a weekend rave on the banks of the Thames at Sutton Courtney, followed by a couple of night's camping in Mum and Dad’s garden in a heatwave. Steve, Ann Marie, Colin and Julia were already there when we arrived, so we quickly pitched the tent and joined in with the merry making. 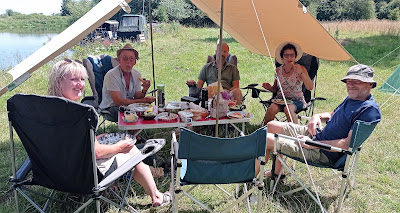 Steve and Ann Marie have a mooring in a backwater on the edge of a field and it’s the perfect spot in the summer for chilling out and partying. 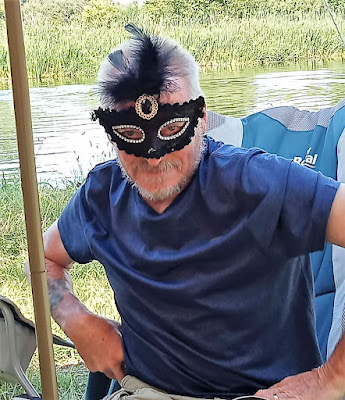 The theme was South American Carnival. 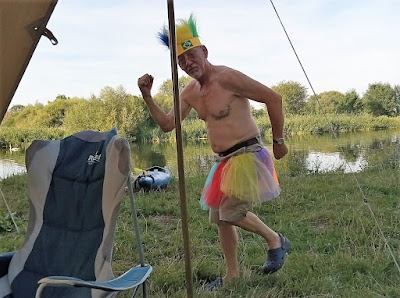 Steve had invented a game that he called El Loggo, the aim of which was to take turns throwing various chunks of driftwood, in the hope of knocking a tennis ball off a stick.
Lots of fun, especially with the addition of alcohol. On the Saturday morning we snuck out early to do parkrun at Abingdon... 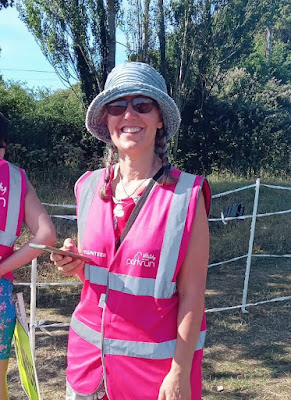 The lovely Ann-Marie spreading happiness and encouragement amongst the runners.
...then came back for breakfast. The rest of the day was filled with swimming in the river, more El Loggo, a smashing BBQ and music, booze and laughter into the night. At some point we christened the event SALfest , (after Smith’s Lady, Andelanté and Legend) and promised to do it again next year.

At Mum and Dad’s we pitched the tent in the garden and Dave made use of their driveway to fit the new undertray on the car. We stayed there all through the July heatwave till Wednesday when it became cool enough to contemplate driving back. On the way, we picked up our new lithium battery from Karen’s. We’re very excited about that, Dave’s been researching it for ages and we’ve finally taken the plunge. This article explains the principal of adding a Lithium-iron Phosphate (LiFePo4) battery in parallel with lead acid to gain the benefits of both chemistries. More and more boaters are jumping on this particular band wagon with lots of positive (see what we did there?) feedback.

Back home, Legend had been well looked after by the Mikes and the next day we moved both boats further along the canal to Parbold. After three days moored up there the Mikes both came down with Covid. We immediately tested and thankfully were negative, so we spent the next few days being their support while they isolated.

The next weekend we had another long drive down for a week on a WRG canal camp. We stayed at Karen’s the night before so we could get there early as Ann-Marie was cooking and she needed to get a big shop done. The site was on the Wendover Arm of the GU, and the accommodation was a village hall in a village near Amersham.

The week went really well, apart from one slight snagett (which we’ll come to later). The task for our camp was to build a “Narrows” in the canal just after the winding hole to prevent wide-beamed boats from going further along the arm. This is necessary because from that point the canal isn’t wide enough for two wide beam boats to pass each other. We were week 2; week 1 had built the narrows in re-enforced block work and backfilled behind each side and our job was to build the facing brickwork using handmade bricks.

As usual, Colin had organised some interesting evening activities. We had a paper plane competition... 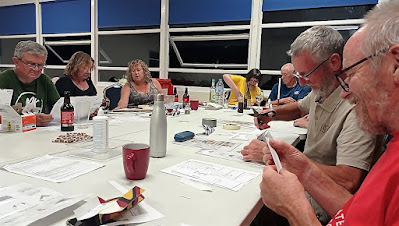 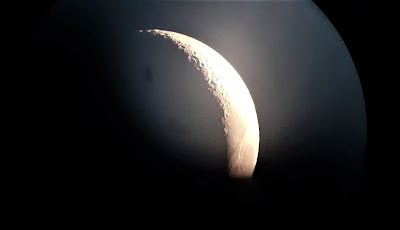 ...and a really cool pneumatic rocket building and launching competition. Colin had made a pressure tank attached to a remote-controlled valve which fed a copper tube that the rockets were slid onto. We each chose the launch angle and the psi of the tank, and then pressed the launch button. 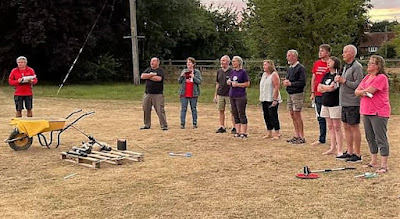 Ann-Marie launching her rocket.
Too much pressure and the rocket exploded, too little or too steep an angle and it didn’t go as far as it could have. That was really good fun. However, the best evening of all was Tuesday when we went paddleboarding at Hemel Hempstead Canoe Club on the GU. Ann-Marie had been hankering after a go on a paddleboard for ages and we were very excited to finally give it a try. We loved it from the moment we set off and before long we were both standing up.

Some of the group were in kayaks and the instructors got us to play a game of water netball with kayaks against paddleboards. We all went back to kneeling for that but were standing up again on the way back to the canoe club. That was when the slight snagette happened. By complete accident, Ann-Marie was broadsided by a kayak and fell in, and although her glasses were on a strap round her neck, it wasn’t enough to stop them going to the bottom of the canal. Our instructor, Chris had a good search around on the muddy bottom with his feet, but sadly to no avail; the only pair of glasses that Ann-Marie had with her for a week’s cooking were lost. The cooking wasn’t the worst bit though, it also meant that she couldn’t drive to go shopping. So, the next day Dave took the morning off site, drove Ann-Marie to the shops for all the food for the next three days and to Specsavers for and eye test. They were as helpful as they could be but it would still be two weeks to make a new pair.  In the meantime, it looked like poor Ann-Marie was going to have to grope her way around the kitchen for the rest of the week. There was one possibility for making things better though. Her cousin Emma lives in Hesketh Bank, only a couple of miles from where Legend was moored. Ann-Marie phoned her and asked if she could possibly, pretty please, go to the boat and have a search around for an old pair that we might, or might not, have kept hold of. Emma was very much up for it, so she got detailed instructions about where Legend was and - as she hadn’t seen it for 9 years - what it looked like. Also, the padlock combination for the front door and the location of various drawers where a spare pair might be.

Happily the search was successful, and Emma got them into the post for next day delivery to IWA head office, which is not far from the Wendover site and Jonathan, the WRG volunteers co-ordinator, brought them round the next day. They were an old prescription but they were a whole lot better than no glasses at all. Emma said afterwards that she’d felt a bit like Anneka Rice on treasure hunt.

On site the team did amazingly. Hardly anyone had laid bricks before, but after a slow start the facing wall began to take shape and by the final day they’d got up to the coping stones at the top. A lot of time was spent with a laser level making sure that both sides of the narrows were the same, course by course.  This is important, because when the water is back in, any discrepancies in levels will be blatantly obvious. As Colin pointed out, the water doesn’t lie.

Dave did some of the brickwork, but because the building site was at the end of a quite long track from the top site where all the materials were kept, most of his time was spent driving the excavator and the dumper truck, bringing stuff down to the sharp end.

Here's the week in pictures 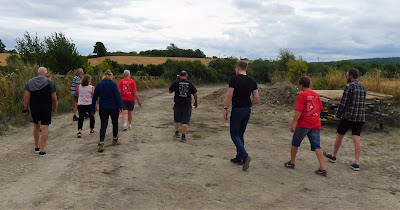 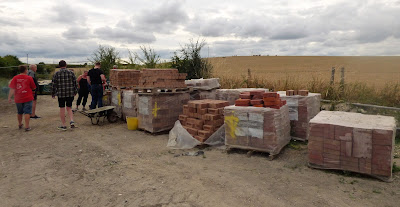 We're going to get very well acquainted with these bricks. 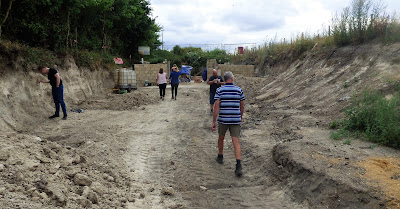 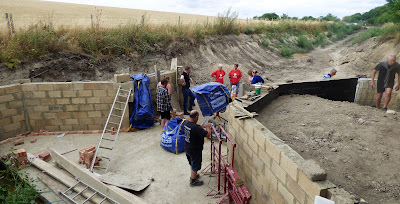 The narrows looking back to the top site. Week 1 built the block walls and backfilled them. 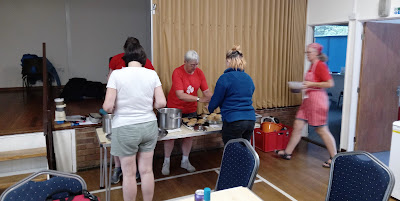 Dinner time on the first night. 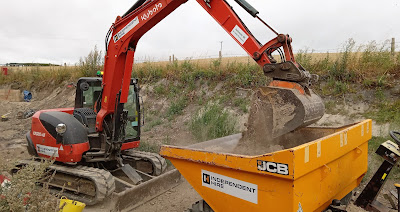 Day 1. Clearing some spoil out of the site to make room for materials. 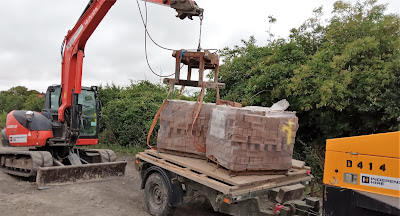 Loading up the first two palettes of bricks to take down to the build. 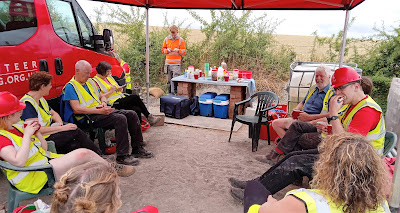 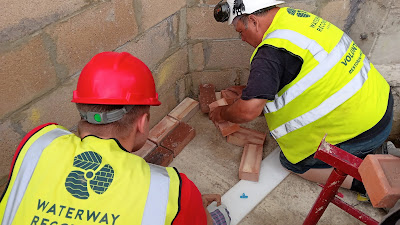 Working out how the corners will work. 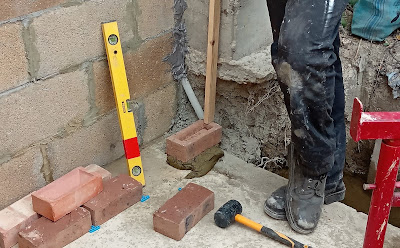 The first brick goes in. 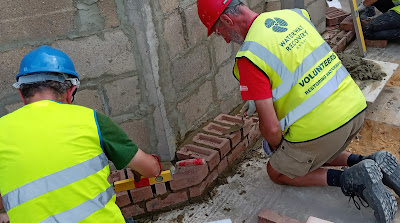 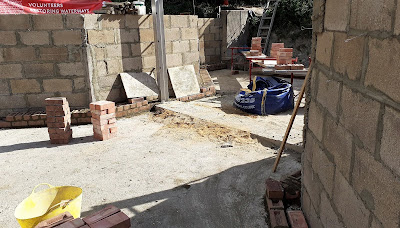 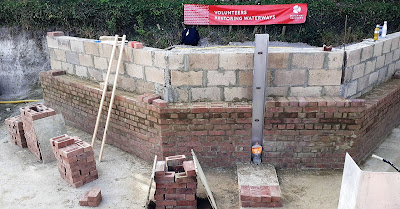 Halfway through the week. 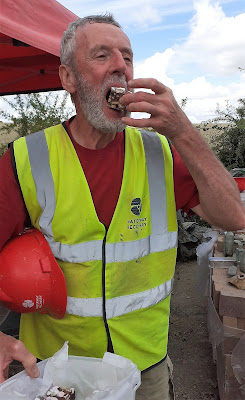 Steve sampling one of Ann-Marie's cakes.

The laser level making sure everything is lined up. 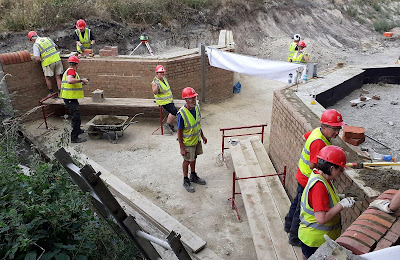 And Day 6, the coping stones finally go on.

This is what it looked like before Week 1 started. 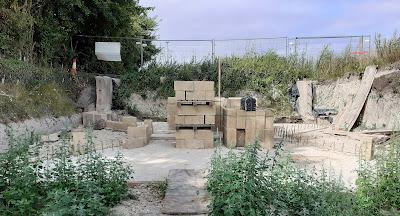 This is what it looked like when we left.

On the other side of the fence there is the winding hole at the current limit of navigation. Legend was moored up there a long time ago. 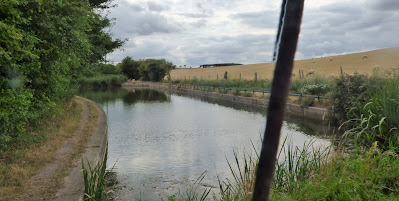 Beyond the fence. The end of the Wendover Arm... for now. 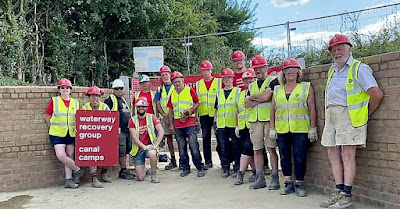 After the camp we stayed at Karen’s for a couple of days as Dave was due an eye screening on the Monday. Karen very kindly let us use her washing machine so we could get all our WRG kit clean before we went home.

We also picked up our new paddleboards. Yes, that’s right, we were so besotted after our taster day that we went online and bought one each. 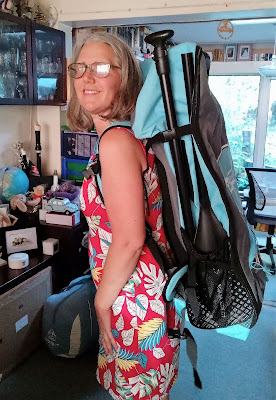 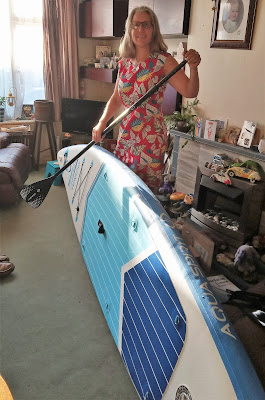 Finally, back aboard after a hot sticky drive up the M6, we moved Legend to Burscough onto the 14-day moorings, unpacked and went to bed.

The next morning we pumped our new iSUPs up and ventured forth onto the canal. They were a lot less stable than the beginner boards we’d used in Hemel, but we both managed to get stood up and went up the canal to pick some good-looking blackberries on the off-side. 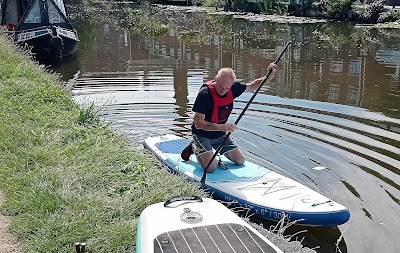 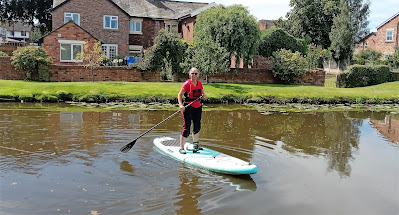 We’re sure it won’t be long before we’re confident on them, it’s the best thing we’ve done for ages and, when we're not wobbling about, we love the calm serenity of it. All we need now is to find somewhere to keep them!