We were sad to leave Appley Bridge. Being off the main line meant we had a constant stream of birds on our bird table and other wildlife in the trees, 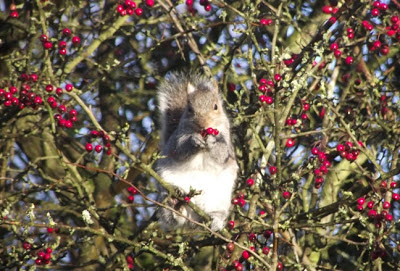 we could leave stuff out on the towpath and it felt very much like home. Crooke, on the other hand is busier, there’s not much of a view and the solar panels aren’t doing a lot. The reason we’ve moved is partly our natural wanderlust combined with a need to get closer to where Ann-Marie is working. We picked a day without ice, filled up with water at Dean Locks,

which would be a perfect canal cottage location if it wasn't for the M6, and tied up just before the Crooke Hall Inn. Very nice pub, apparently. Dave might find out one of these evenings.

Crooke is a pretty little village with a close-knit comunity, however it wasn't always thus. 100 years ago the scene was radically different with up to 20 coal barges a day being loaded from as many as 5 "Tipplers". 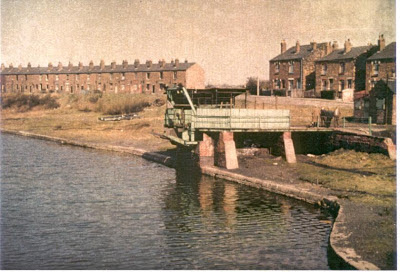 This was the last one to be dismantled. There were similar ones at other locations, the most famous being in Wigan. Guess what that was called? It turns out that Wigan Pier wasn't just a music hall joke as we'd thought, but an actual structure. When trade on the canal ceased it was sold for scrap and there is now a replica on the tow-path where it used to be.

It would appear that we are going to be in the Northern Reaches of the inland waterways until the spring. There are three general routes between the North West, where we are, and the Midlands and the South, where we’re going. The easiest way is the one we came by; Bridgwater and Trent & Mersey, but until at least Easter this is impassable due to a big breach near Preston Brook. Alternatively we could turn left in Wigan and continue up the L&L and take the long way round over the Pennines to Leeds then follow the River Trent to Nottingham. We’ve discounted this for a number of reasons, not least of which is that most of the River Trent is tidal. We will go that way at some time but there’s so much to do in that direction that it’ll take us whole year to explore it. The remaining choice, and the way we will eventually go, is via the Bridgewater into Manchester, then the Rochdale, Ashton, Peak Forest, Macclesfield and Trent & Mersey canals. This takes us to lots of lovely places like Bugsworth, Whaley Bridge and Froghall, which we’re looking forward to but, once again, it’s impassable until the maintenance work is finished on the Rochdale in Manchester. The scheduled completion date is 08/03/13, but like everything else is probably going to overrun. So here we are, just to the east of Wigan with nowhere to go. Then next lock - Ell Meadow – is having its bottom gates replaced so we can’t go forwards and we’ll be here in Crooke for Christmas. The water point at Dean Locks is about half an hour behind us, so as long as we keep an eye on the weather and time it right we can survive being iced in for a fortnight without any worries. Ann-Marie is 20 minutes’ walk away from work, and when she finishes in January we’ve decided to turn round and go back to Burscough so that when the weather really gets grim we’re in an ideal spot.

You may wonder how this lack of going anywhere fits in with the CRT rules that apply Continuous Cruisers. We are, after all, limited to 14 days in any one place. We were at Appley Bridge for a month, we’ll be at Crooke for a similar length of time and our presence in both places will, no doubt, be recorded on some database or other. The reason we haven’t been threatened with having our boat impounded and crushed for scrap, or even phoned up with a vague suggestion that we might consider moving at some time, is that in the winter, away from popular spots, on a waterway with hardly any boats moving, you are allowed a certain amount of leeway. That isn’t to say that no-one cares; other boaters pay for winter moorings and if we parked up on visitor rings for months on end we’d expect there to be consequences. But when the maintenance program is in full swing, there’s only 5 hours of daylight a day and there’s ice on the horizon, if not on the canal, you can’t be expected to make the same sort of progress.

Listening to the radio recently, we appear to be in the best place in the country, weather-wise. Everywhere else seems to be having a worse time of it than us, presumably the wheels will turn and we’ll get our fair share of cold. We’re as prepared as we can be and so far we’ve been fine. We spent a very enjoyable ten minutes putting the Christmas decorations up; there’s only so much you can add to an already cluttered 57’ trad and still see outside.

One of our frequently asked questions is how we cope in winter. We now have a stock answer ready; “Well, if we open all the windows and shut the stove down we can sometimes get it below 25˚C.” Boom, tish.
at December 10, 2012