Sorry this took a long time to get posted, when we haven't been getting over jet-lag we've been tearing round the country looking at boats.

We took Ann out for lunch in Alice on Sunday, then popped round to say goodbye to Damian & Julie. After a very enjoyable afternoon playing cards we stuffed our ever increasing luggage back into Ann’s poor little Polo and set off through Heavitree Gap towards the Airport. As our plane taxied down the runway we passed the RFDS hangers.

2 hours later we were walking across the tarmac in a hot, damp evening in Darwin waving at Rachel.

Rachel & Pete have a tree removal and pruning business, and run a small garden centre. Their lovely house and both businesses are all on the one site and they very kindly put us in their annex; our own self-sufficient pad for three nights, just what we needed to sort all our stuff out for the flight home.

On Monday they’d both taken a day off to show us around Darwin. The city played a major role in Australia’s military involvement in World War II and there is still plenty of evidence. We drove round what is now the Charles Darwin National Park. This used to be a huge munitions storage facility; hundreds of buried Nissen huts are amazingly well hidden among the gum and palm trees; there is one open to the public with a very informative display inside, explaining Darwin’s military past. 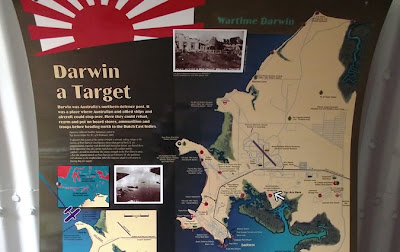 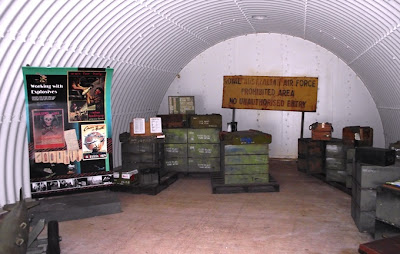 Down at sea level there are 5 enormous steel lined tunnels in the rock under the city. They were constructed to safely store diesel fuel for the navy; the above ground concrete tanks were considered too easy a target. 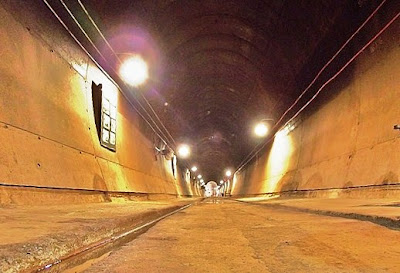 Ironically the war ended before any fuel was pumped and they now offer visitors the chance to muse over the effort and expense involved.

Our next stop was Doctors Gulley. For two hours every Monday around high tide, this former boat ramp becomes a fish feeding frenzy. 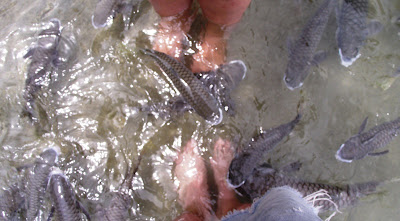 It’s been happening for years and we joined a crowd of people having our fingers nibbled by quite big fish. 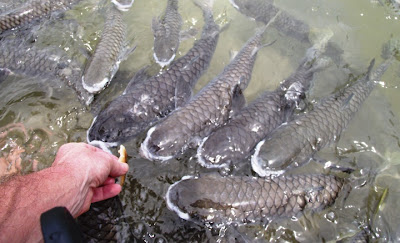 On Tuesday Rachel & Peter had to work, but they’d very generously organised a trip for us out to Kakadu National Park. An Australian Pacific Tours coach picked us up at 7 and throughout the 3 hour drive out to the park the driver proved to be a bottomless mine of information about everything concerning Darwin and the “Top End”, the tropical northern part of NT.
We had a breakfast break, visited the cultural centre then the coach stopped at the Yellow River. 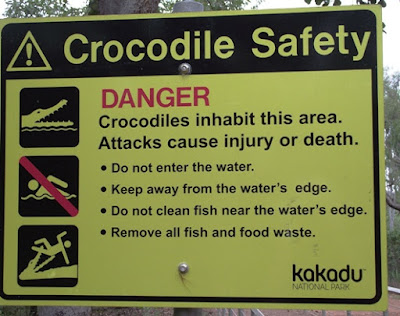 We got on a VERY sturdy looking aluminium boat, 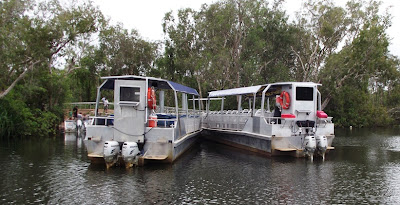 and were taken out across the flooded creeks and marshland and onto the yellow river itself. Darwin and the Top End are just about at the end of the Wet, but you wouldn’t know from the amount of water that is still around. In the Dry this is a walking track. 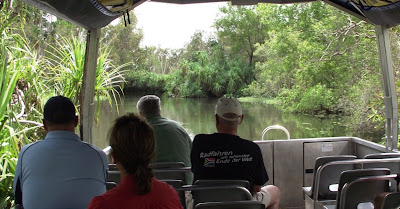 The wildlife is stunning; a whistling kite, 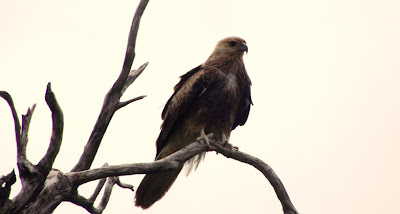 a red headed Jacana and his 3 babies. 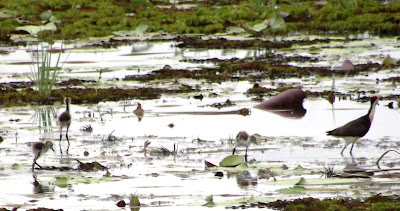 Guess who punched holes in this float? 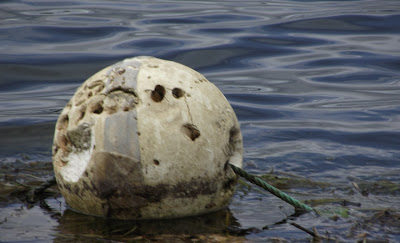 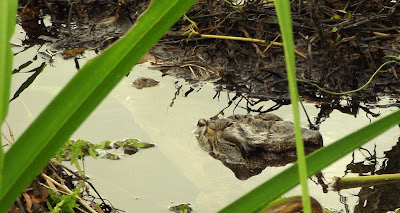 If you can’t make out what you’re looking at it’s a head. Click on the photo to make it bigger. The top of the head and eyes are out of the water and at the 10 o-clock position you can see the tip of the nose. Directly below that you can make out a tooth. The camouflage was amazing; we were right next to her in the boat and we had to be shown where she was. No wonder the geese live in the trees. 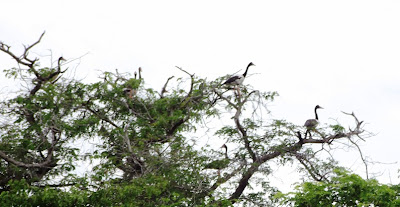 The boat trip was followed by a very tasty salad lunch, then we were back on the coach again and off to Anbangbang to have a short walk to a viewpoint and see some Aboriginal cave painting. 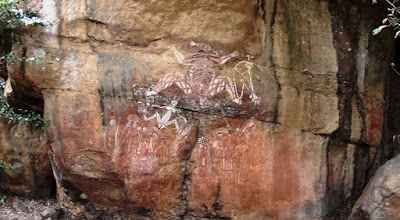 Dave found a butterfly doing its own version of rock art. 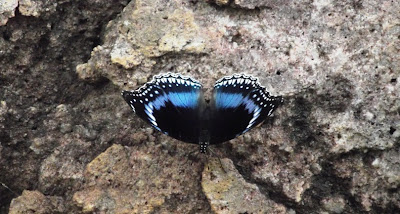 Rachel and Pete lent us their Ute to get around in while we were there. 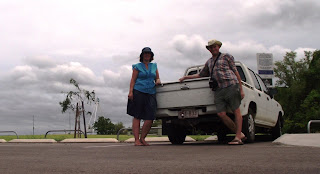 Our last full day down under was spent strolling along Darwin beach, paddling in the warm sea and picking up a few final souvenirs.

Rachel dropped us off at the airport. We were really sad to go; they’d been so welcoming and generous. We’ll never be able to thank all these wonderful Aussies enough for all they’ve done for us. We get very emotional and feel very special.

This was our last glimpse of Australia. 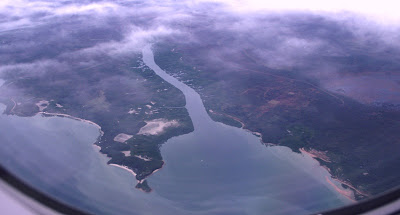 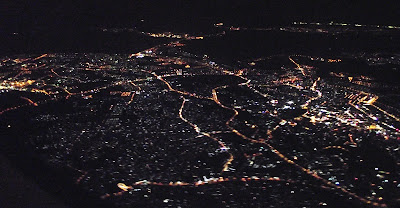 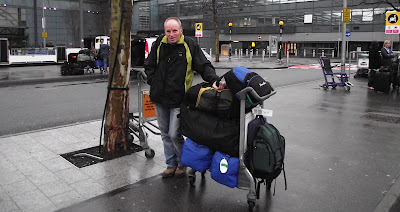